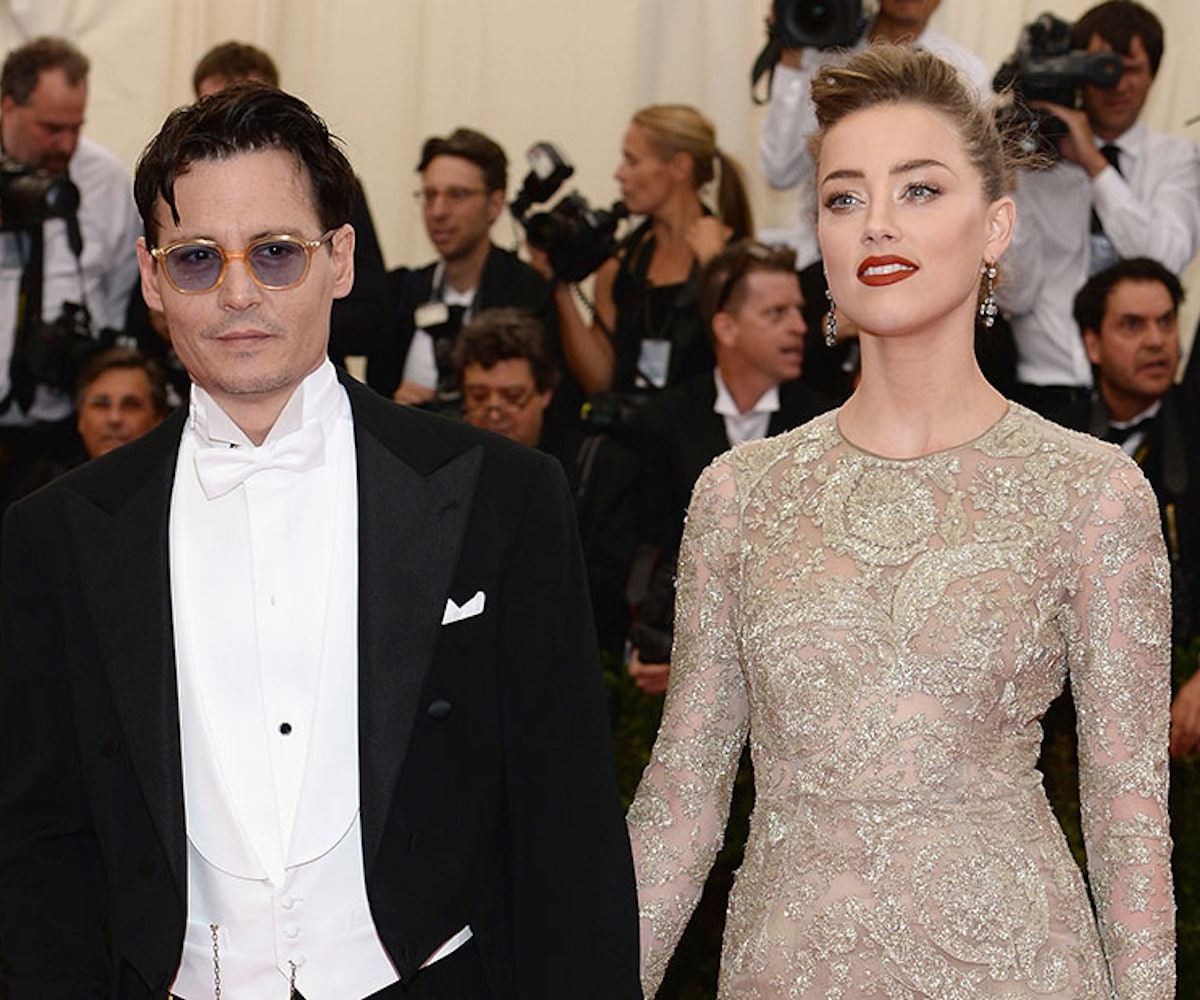 For months, we've been hearing negative rumor after negative rumor about Johnny Depp and Amber Heard: Heard wasn't happy about Depp's drunken speech; the couple was having intense arguments; their relationship was just going to fizzle out... But it all goes to show that you can't believe everything you read. As People reports, the couple got married yesterday at their Los Angeles home.

The couple first met while filming The Rum Diary in 2011. Shortly after splitting with his long-time partner Vanessa Paradis, Depp and Heard got engaged during the holiday season of 2012.

People also reports that a larger, more lavish wedding will happen this weekend on Little Hall's Pond Cay, Depp's private island in the Bahamas. We predict a lot of rum, a little tinge of claymation, and hopefully a ceremony ordained by Depp's longtime friend and collaborator Tim Burton.