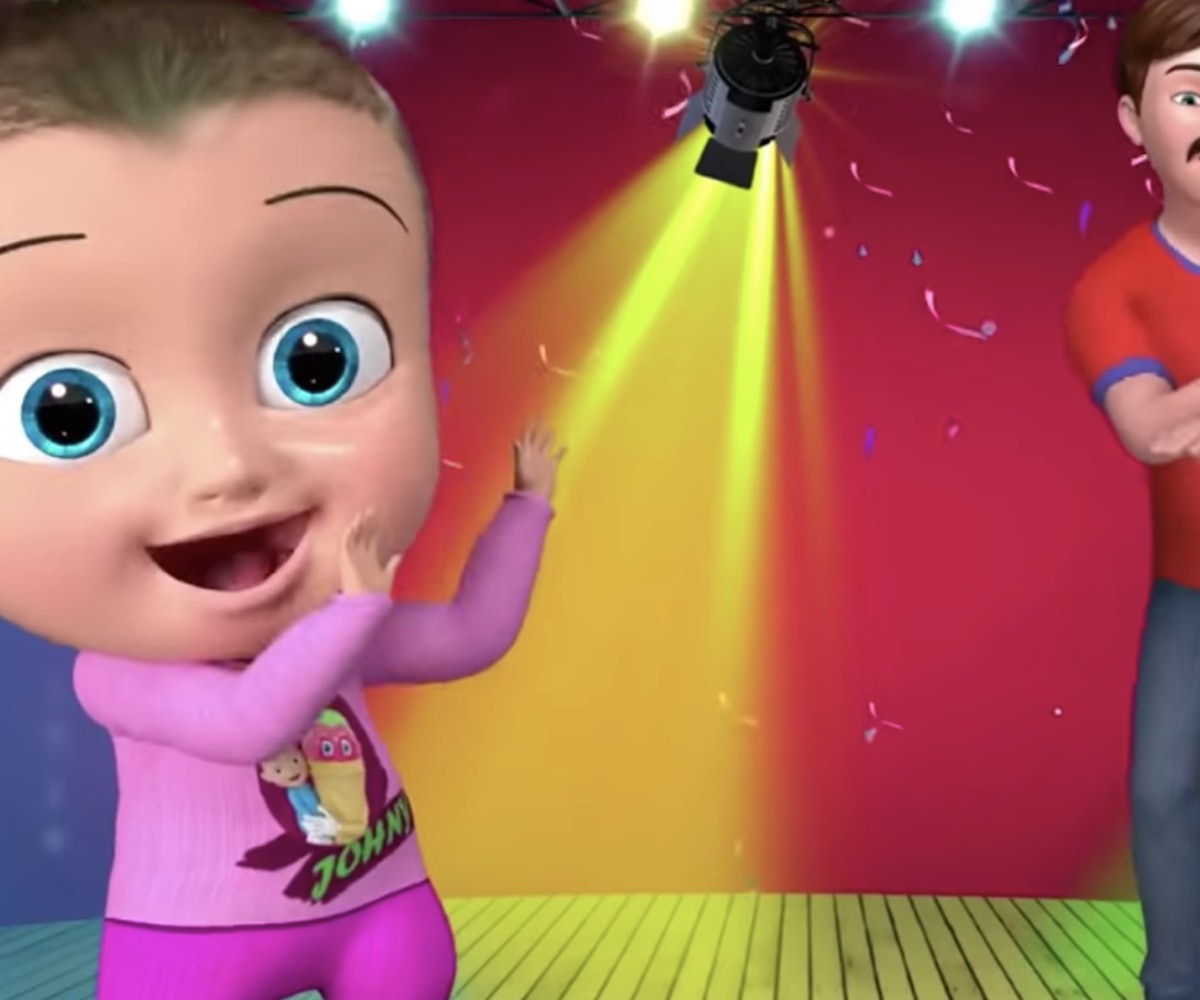 The internet is currently losing its shit over a slew of bizarre animated videos, dubbed "Johny Johny Yes Papa," starring a horrifying baby and his papa.

It's a surreal, nightmarish, and disturbing piece of content that makes you question what kind of "children" these "nursery rhymes" were created for, especially seeing as how the majority of "Johny Johny Yes Papa's" fan base appears to be made of Reddit shitposters. Then again, this shouldn't be totally surprising given that the creepy videos are based on the same crazy formula: A disobedient baby named Johny gets a major scolding from Papa after he's caught eating sugar. Oh, and it's all to the tune of "Twinkle Twinkle Little Star."

But where, exactly, did this deep internet find come from? Blame a Twitter user named @b6ner, who uploaded a mash-up of "Johny Johny Yes Papa" with the "Baby Shark" song—originally made by a YouTube channel called Billion Surprise Toys—earlier this month. The mash-up has since been removed from the internet, but the impact of @b6ner's viral post continues to live on.

In the wake of @b6ner's unearthing of this particular "Johny Johny Yes Papa" creation (there are a few just on Billion Surprise Toys' channel), a number of remixes by other YouTube channels peddling "nursery rhymes" have also resurfaced. And though there are slight lyrical and thematic variations (one particularly strange one sees a refrigerator getting scolded), the premise is always the same: a poorly-animated video of someone/something getting scolded by a disapproving parent via nursery rhyme.

However, as noted by KnowYourMeme, "Johny Johny Yes Papa" has been around since at least 2009 when a YouTube channel, dubbed Shemrock Nursery Rhymes, uploaded the first (documented) iteration of "Johny Johny" and his sugar scolding.

In the years since, thousands of “Johny Johny Yes Papa” videos have been uploaded to YouTube, alongside other creepy CGI and 3-D-animated music visuals. And while there's no telling when exactly the "Johny Johny" videos stop, we're desperately hoping it's soon.