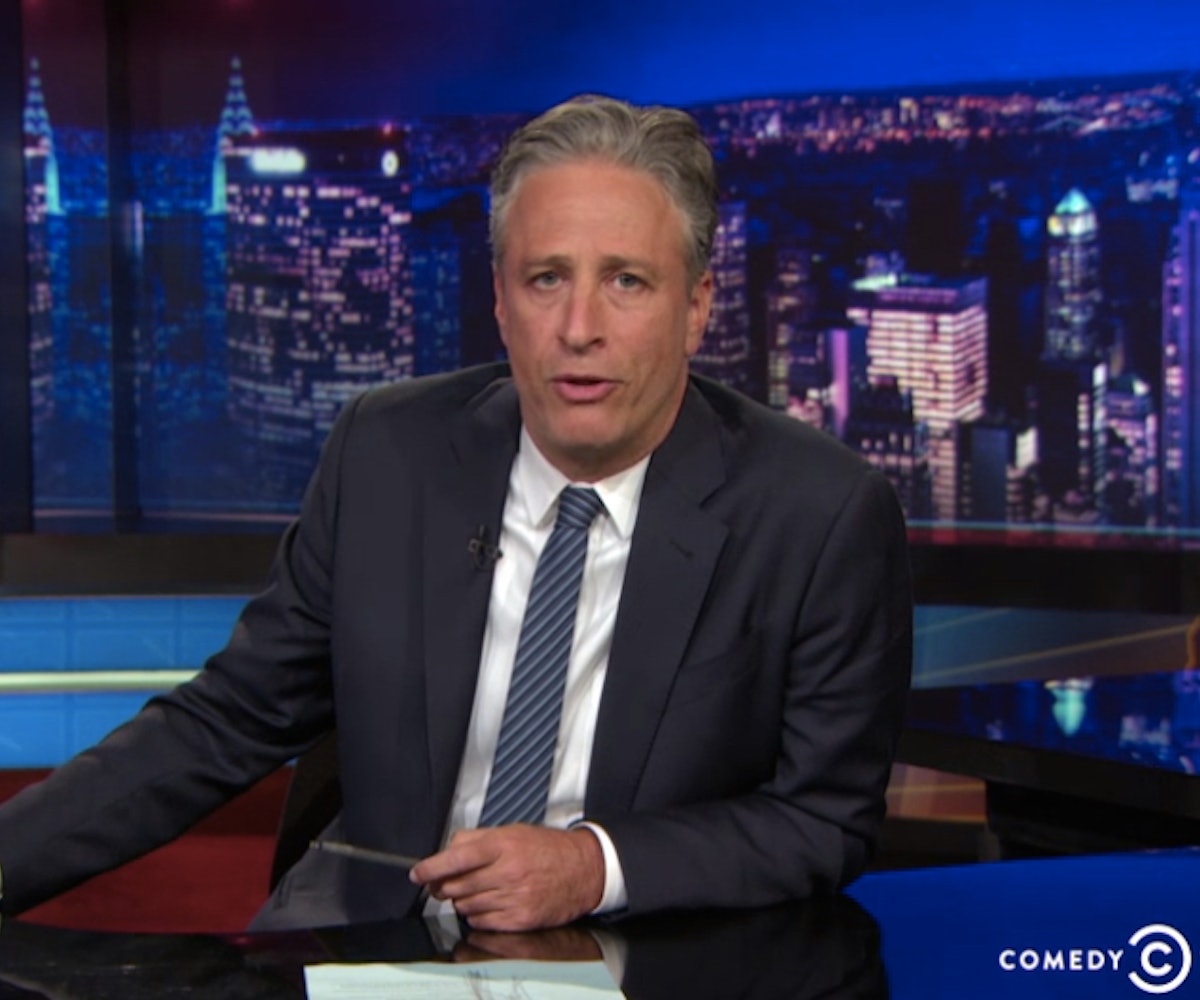 It’s going to be hard without Jon Stewart when he leaves The Daily Show—particularly at moments like these.

As he tends to do in the wake of such brutal incidents, the host traded humor for angry, clear-eyed insight last night when he addressed Wednesday’s racially fueled murder spree at the African American-led Emanuel African Methodist Episcopal Church in Charleston, South Carolina. Many, many others in many, many different ways have addressed Dylann Roof’s hate crime with valuable words in the last days. Few, however, have offered such unsparing honesty.

“I honestly have nothing other than sadness that, once again, we have to peer into the abyss of the depraved violence that we do to each other and the nexus of a just gaping racial wound that will not heal, yet we pretend doesn’t exist,” he said into the camera. “I’m confident, though, that by acknowledging it, by staring into it, we still won’t do jack shit. Yeah. That’s us.” Cynical, maybe, but it’s hard to disagree.

Even President Obama acknowledged yesterday that it’s highly unlikely Roof’s attacks will inspire or effect any change to the legal loophole that allowed him to get a weapon despite pending felony prosecution. Even the most liberal papers admit that the Confederate flag—the very symbol of the seemingly undying philosophy Roof represents—will not come down from in front of the South Carolina capitol building where it currently flies. Even the most honest reporters, as Stewart notes, are couching this as a “tragedy” rather than the latest act in a racist guerrilla war that began 150 years ago.

Stewart has so much more to say about the South, about the media, about us that you should listen to right now—all of it a reminder of how much more work we have ahead of us and how we’re all going to be a bit poorer without him at 11p.m. every night.