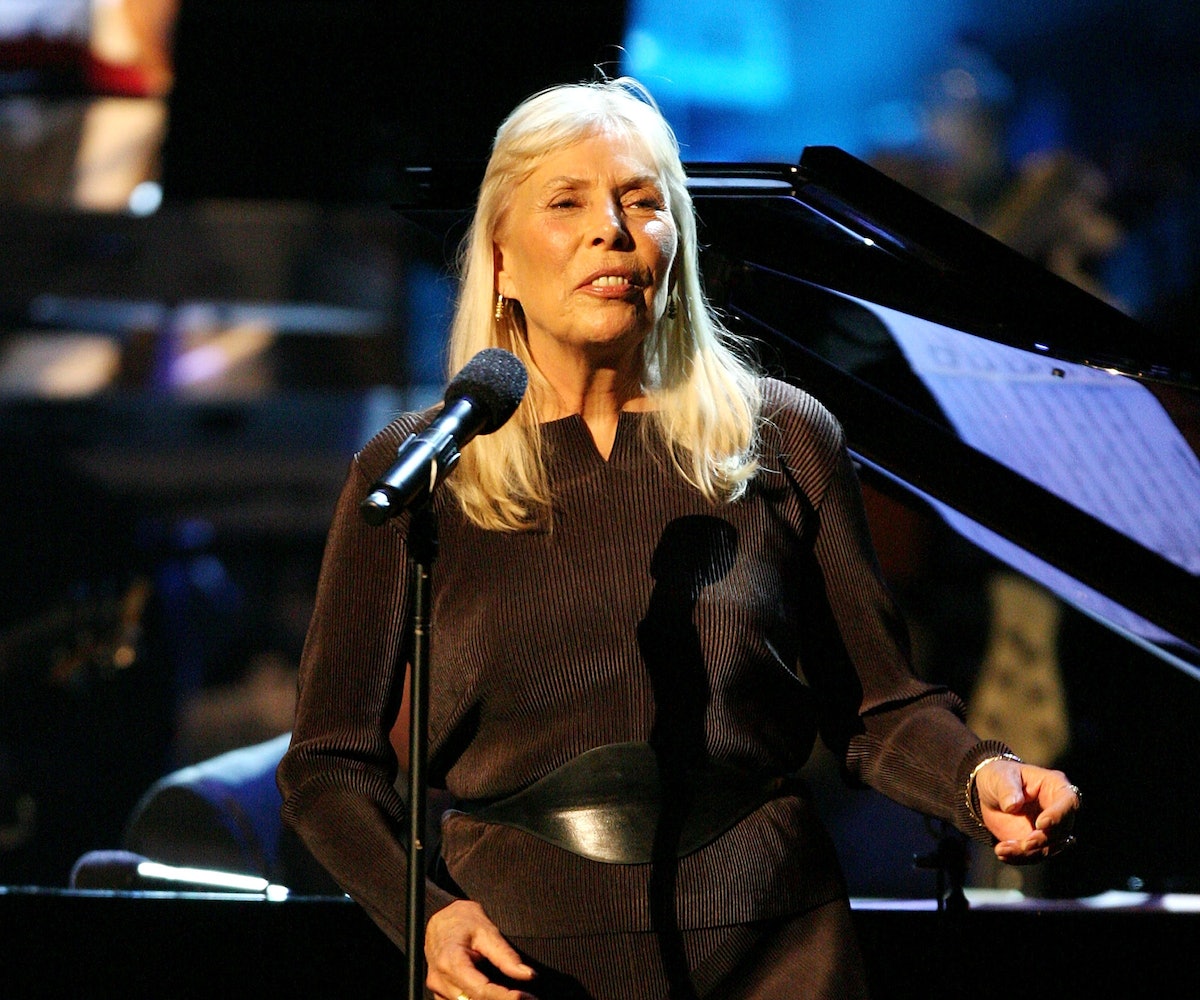 Folk icon and woman of our dreams, Joni Mitchell, was hospitalized last night after being found unconscious in her home in Los Angeles. The 71-year-old singer was rushed from her Bel Air home to the hospital, where she remains under close watch in the intensive care unit.

TMZ was the first to report the story, with Mitchell's official website confirming the news on Twitter shortly after.

At the time, the outlook was dire. Her site described her still-unknown condition as "quite serious," but then later updated with the following statement: "Joni was found unconscious in her home this afternoon. She regained consciousness on the ambulance ride to an L.A. area hospital. She is currently in intensive care undergoing tests and is awake and in good spirits. More updates to come as we hear them. Light a candle and sing a song, let's all send good wishes her way."

Mitchell, who most recently appeared on the cover of New York's Spring Fashion issue, was enjoying the success of her latest project, the sprawling four-disc compilation, Love Has Many Faces: A Quartet, A Ballet, Waiting to Be Danced. Here's to a quick recovery.