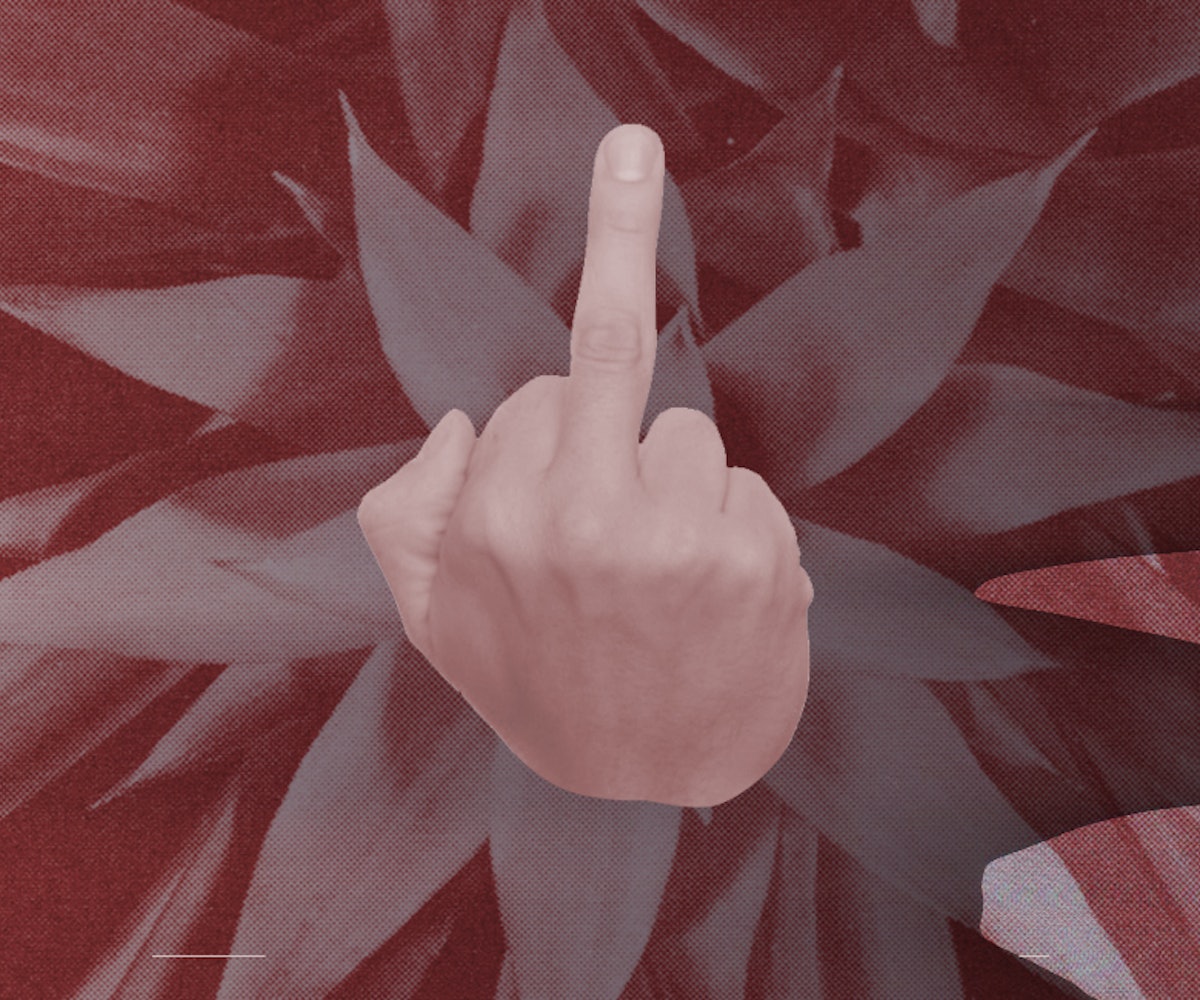 If you don't recognize Juli Briskman from her name, you'll certainly recognize her helmet, bike, and middle finger from the epic photo that went viral last month. She was captured by a White House photographer flipping off Donald Trump's motorcade as he left his golf course in Sterling, Virginia. And while the photo garnered praise from people all over the internet, it ended up costing the 50-year-old her position as a marketing executive at Akima, a government contractor.

“They said, ‘We’re separating from you,'” Briskman said in an interview with The Huffington Post. “Basically, you cannot have ‘lewd’ or ‘obscene’ things in your social media. So they were calling flipping him off ‘obscene.’”

Briskman, who was "stunned" that someone had taken a picture of her in that moment, informed her employer's HR department that she was the woman in the photo due to its growing popularity. The next day, her bosses called her into a meeting and told her she violated the company's social media policy, subsequently firing her. Even though Briskman emphasized that she wasn’t on the job when the incident happened and that her social media pages don’t mention the company, the executives said that the photo could still hurt business since Akima is a government contractor.

Briskman also told the publication that flipping Trump was her "gut reaction" to seeing his motorcade. “He was passing by and my blood just started to boil,” she said. “I’m thinking, DACA recipients are getting kicked out. He pulled ads for open enrollment in Obamacare. Only one-third of Puerto Rico has power. I’m thinking, he’s at the damn golf course again.”

When asked if she regretted her actions, Briskman's response was simple: “I’d do it again.” Spoken like a true hero.

She has since contacted the American Civil Liberties Union about the case.