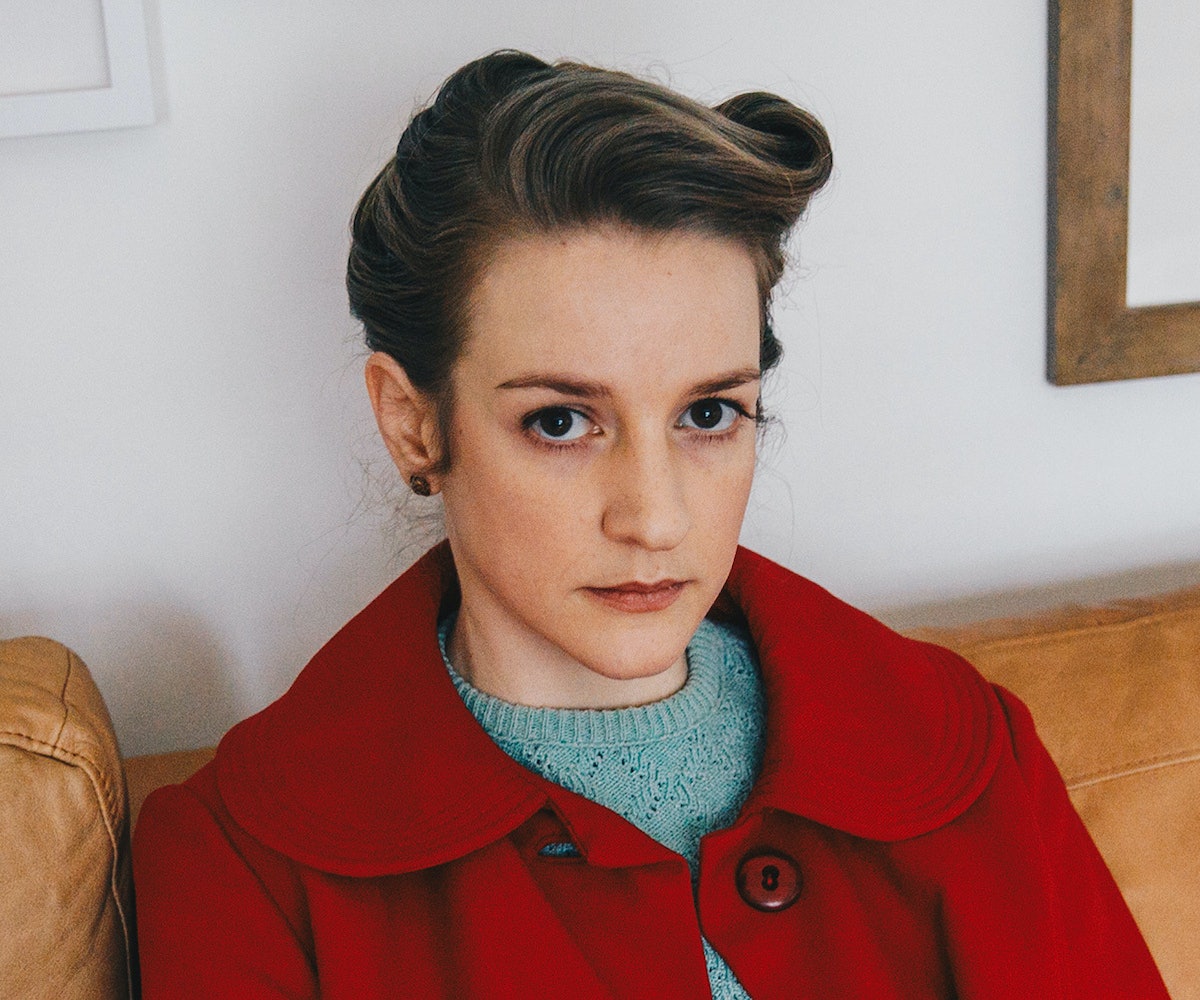 If I had to describe Juliana Daugherty’s haunting indie folk in just one word, I’d opt for "captivating." It's the kind of moody, mesmerizing music that makes you want to stare aimlessly out of a big bay window as her haunting voice coos on loop in the background.

Already drawing comparisons to the likes of “early Spoon and Cat Power,” it’s hard to believe that Daugherty's forthcoming Light is her first formal release. Ever. The perfect soundtrack to romanticize dreary days, Light is a gorgeously minimal work, imbued with hypnotic, slow-plodding progressions bolstered by minimal embellishment and an aura of humble authenticity. And it makes sense, seeing as how Daugherty tells me that her songwriting process mostly consists of ample self-reflection—a sort of externalizing of her own personal feelings and experiences, whether touching on personal relationships or the deeper recesses of her own mind. So to find out more about the process she underwent writing this breathtaking album, I spoke to Daugherty ahead of the release about everything from her formative musical journey to how the events in her home of Charlottesville, Virginia, have affected her forthcoming work. Read our Q&A, below.

Tell me a little bit about making the album and what your writing process was like?

I had been playing in other people's bands for years and years, but when I moved to Charlottesville, I got to a point where I felt like songwriting was something that I'd been wanting to do for a while. I came to Charlottesville to study in the MFA program for writing. So that's what I'd been doing and then doing music as a side thing, and I just decided that I wanted to see if I could write some songs. In order to make my brain do that though, I had to stop doing everything else. I did only that for probably a year.

I had initially thought that I was going to make an EP, so I approached my friend Colin Killalea—who wound up producing the record—about helping me produce it. I think at the time we initially talked, I'd only written a few songs. Then he went on tour with Albert Hammond Jr., and he wound up extending it and going on a global tour, basically. I had to wait. And while I was waiting, I wound up writing a bunch more songs, so it turned into a full-length.

So this is, for all intents and purposes, your first release. But tell me a little bit about your musical background—everything that led up to this point.

Yeah, this is the first thing that I've done, really. I've been a musician for a really long time, but I was actually a classical musician when I was growing up. I guess I wrote a couple of songs probably when I was in high school but not in any kind of dedicated or serious way... So, yeah, this is really the first release... I don't have any secret cassette tapes.

I've been bouncing around and doing a lot of different things. I've always done the separate ingredients of writing songs—I was in the poetry program, and I've played lots of music. But this was the first time I've put those two things together.

Were there any topics or themes in particular that you wanted to address with what you wrote for this record?

I don't know that I came at it from that angle. I think certainly when I came to the end—to the recording phase—and had this group of songs, there were themes. Just because I wrote them all within a similar period. But I think with writing songs, and also poetry, I always just have been a little bit naturalistic in my approach. I'm not very concept-driven. Of course, because of the way that my brain works, I wind up obsessing over the few topics over and over again anyway. So it seems like there's a little bit of concept in there.

What kind of topics do you tend to obsess over?

I feel like you could argue, though, that sharing such a personal experience is a statement of sorts.

I think that's true, and I think my feeling on that is not so much that I wrote these songs with the aim of making a point about mental illness or anything like that. I think for me, mostly, it's about externalizing something. Specifically because I don't enjoy carrying those things around with me, and I don't think they're lots of fun to have as baggage in your daily life. I think there's something about writing them into an external object—like a song or a poem or whatever—that lets you remove them from your own experience a little bit.

I think we're at this weird point right now in the arts where a lot of people feel forced to share their trauma—or act as a spokesperson for a burden they’ve been carrying their entire life.

I think also part of it is just that's what a lot of people want to get out of music. When I listen to music, I'm looking for something that can be cathartic and that's an emotional experience for me. So I think when I'm writing, I'm writing also with the aim of making something that I would want to listen to and that other people would want to listen to. That's what tends to come out.

That said, did Charlottesville, or the events that happened there, inform the record at all?

That was a really significant point in Charlottesville, but all that stuff has been bubbling under the surface for a really long time. I think a lot of people's reactions to that were shock that this could be happening in such a "progressive" town... but I don't really think that's an honest reaction, because I think it was always there.

I do definitely feel like everything that happens here has affected me a lot since the record has come out. It definitely was a rough few months after all that happened, and so I can definitely see that making its way into what I work on from now into the future. Although, like I said, I don't write from a super-conceptual or thematic standpoint. I don't think I've ever been the best at writing political songs or ones with political overtones. But I just actually finished working on this big poetry project that was a collaboration with a visual artist friend of mine, and I was surprised actually to see political themes creeping in—in a way that I haven't seen them in my work before. But I think it's inevitable that the environment is going to influence what any artist is creating.

Juliana Daugherty’s Player is out June 1 via Western Vinyl.