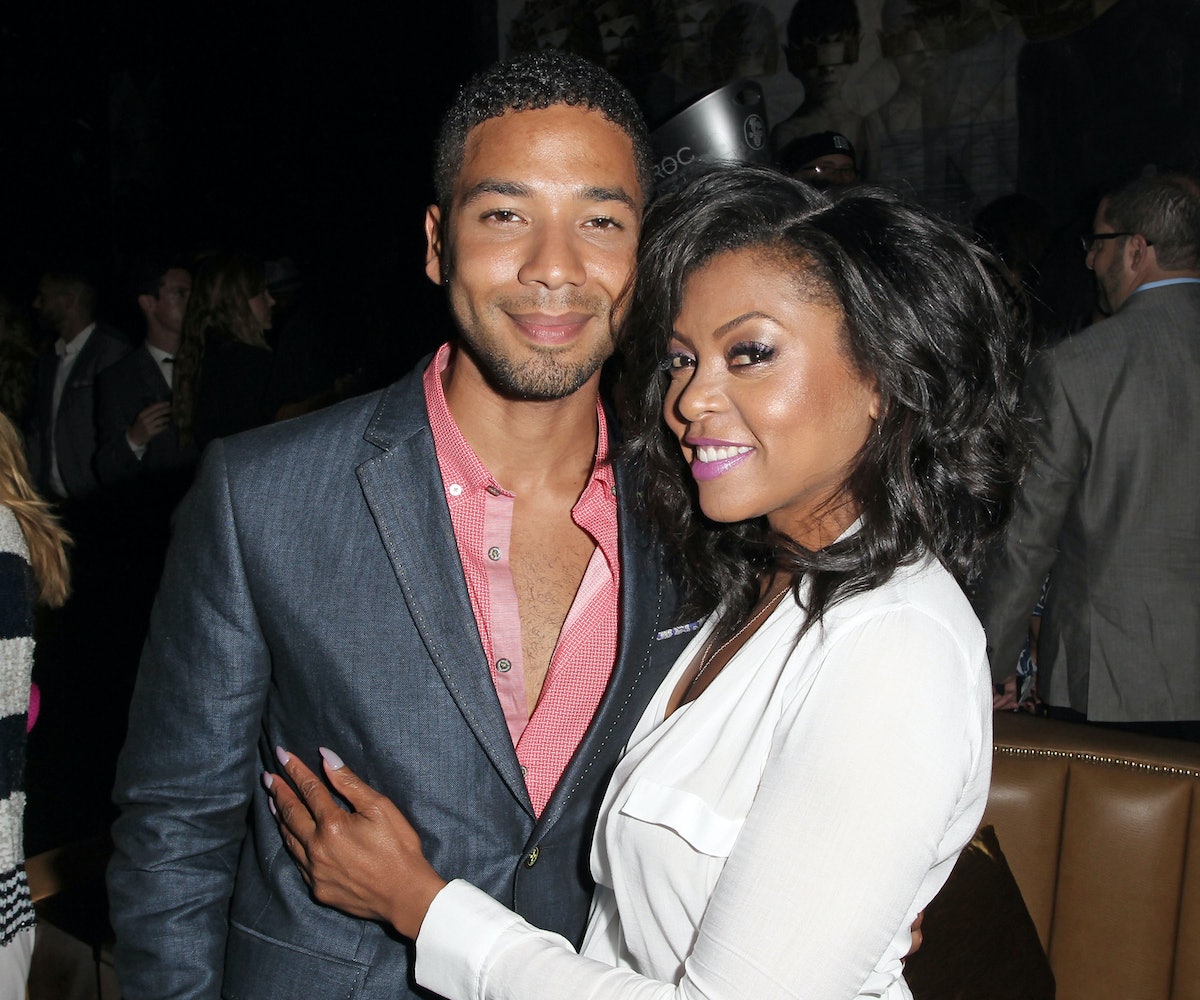 Cookie Lyon loves all of her children equally, at least that’s the impression we get on Empire. But, she seems to favor middle child, Jamal, more than the others. (Probably because he’s the most talented of the three, just saying.) And that affection is evident both on and off the small screen. From what we’ve witnessed, it’s intense, albeit exciting, to have Cookie as a mom, but having the real-life version—aka Taraji P. Henson—as a friend seems even better.

If you don’t follow Jussie Smollett (Jamal) on Instagram, seriously, what are you waiting for? In between messages about #BlackLivesMatter and videos demonstrating the power of his angelic voice are what we really gravitate to his page for: videos of him pranking Henson. As one might expect, Henson doesn’t take being exposed lightly. Full on smacks, camera grabbing, and lots of yelling are present, which makes for even better entertainment.

To help get you excited about the season three premiere tonight, we’ve rounded up 13 times the duo’s friendship was one of the best off-screen relationships we’ve witnessed. Scroll through to see its social media evolution.

Here’s the video that started it all.

Love you Taraji but we now understand now why you don’t sing on the show.

You know the wrath is serious when you ask your friends to hold your valuables.

Here we have Henson getting her long awaited revenge.

But, alas, Smollett continues to reign supreme as the prank master.

Here he is taking a bite out of Cookie’s cookie.

Eventually, Henson decides to embrace the camera and drag the children with her outfit. Note to self: Don’t walk in her frame.

Friends let friends know they have lipstick on their teeth, and continue to film them anyway.

Friends also let friends run away with their clothes.

Phylicia Rashad is apparently Smollett’s new target, but if you watch until the end, you’ll hear Henson say: “Justin stop catching her in her private moments, you’re so rude!”

As obsessed as we are with their pranks, we’re even more obsessed with their love for each other. “The whole world is in love with you. I'm a part of that world,” Smollett writes in honor of Henson’s birthday. “You continuously inspire with your humility, determination and the simple rule of treating every creature with love and respect. I learn from you. I cherish you. I love you.”