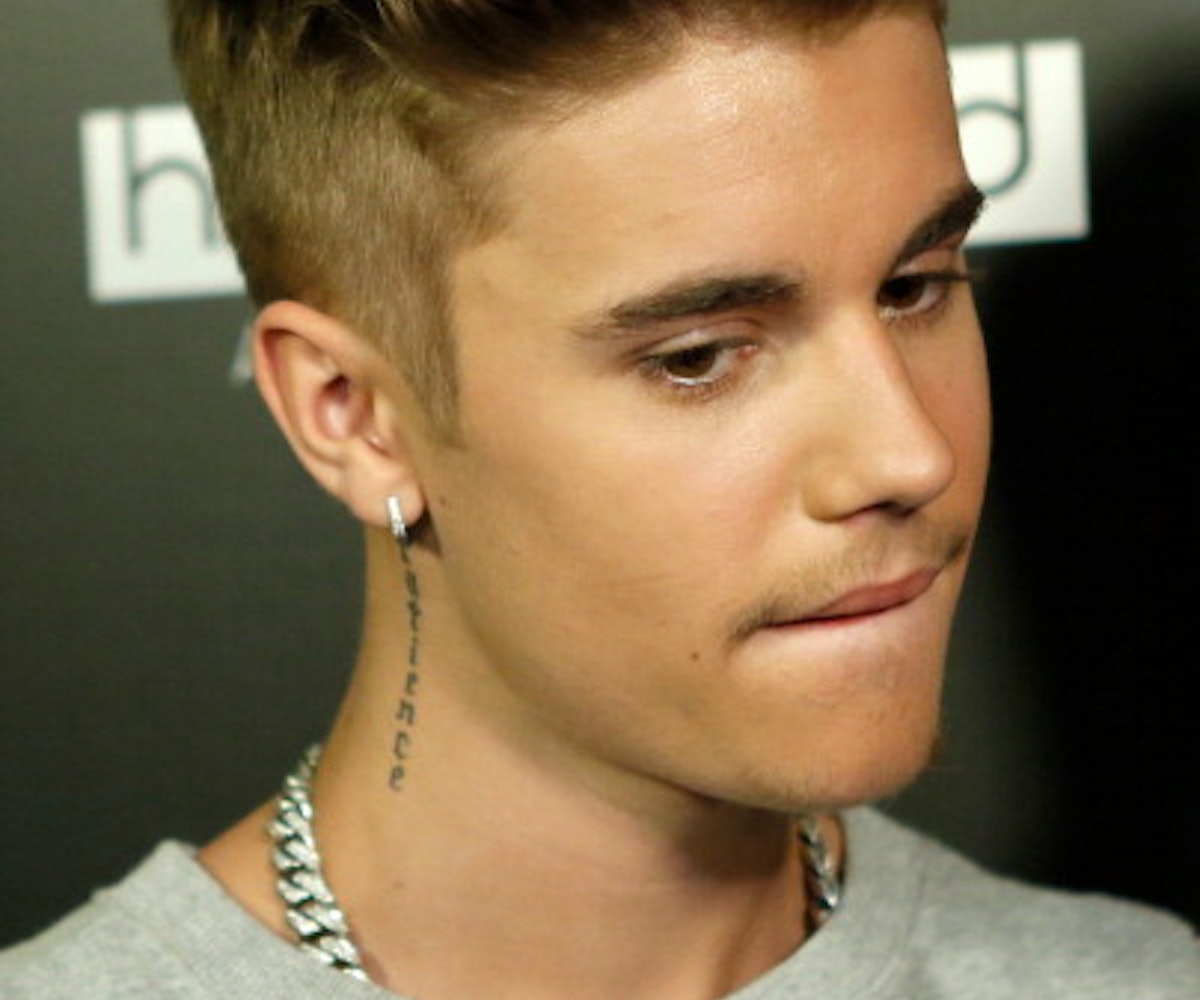 Oh, how the mighty have fallen—though we can't say we're surprised at this one. Following a filming session for Ellen, his first official television appearence in months, Justin Bieber uploaded a video to his Facebook page expressing how nervous he was about the taping, saying "I didn't want to come off arrogant or conceited, or basically how I've been acting the past year, year and a half." The 20-year-old then went on to explain, "I'm not who I was pretending to be." Is this a Hannah Montana situation or something?

Bieber's interview with Ellen, which aired today, shows the singer looking tense and anxious about being back in the spotlight. When asked about his upcoming Comedy Central roast on March 7, he explained his decision to participate: "It's cool to be able to laugh at yourself and I've done some things that maybe aren't the greatest." Ellen, the supportive light that she is, then congratulated him on his personal growth and said she was proud of him—after all, it's been a whole few months since he left his monkey in Europe, egged some houses, assaulted paparazzi, was arrested for drunk driving, and engaged in other troubling antics.

The TV appearence was awkward, but not groundbreaking. Sure, the Biebs admitted that his actions probably weren't too great, but his Facebook video indicates that he is more concerned about his reputation than the ways his actions have affected other people. He's attempting to 180 his public image, explaining "although what’s happened in the past has happened, I just want to make the best impression on people and be kind and loving and gentle and soft." But words don't equal actions and promises don't always lead to change. We'll see you at the roast, JBiebs, and see if you're all talk or not.