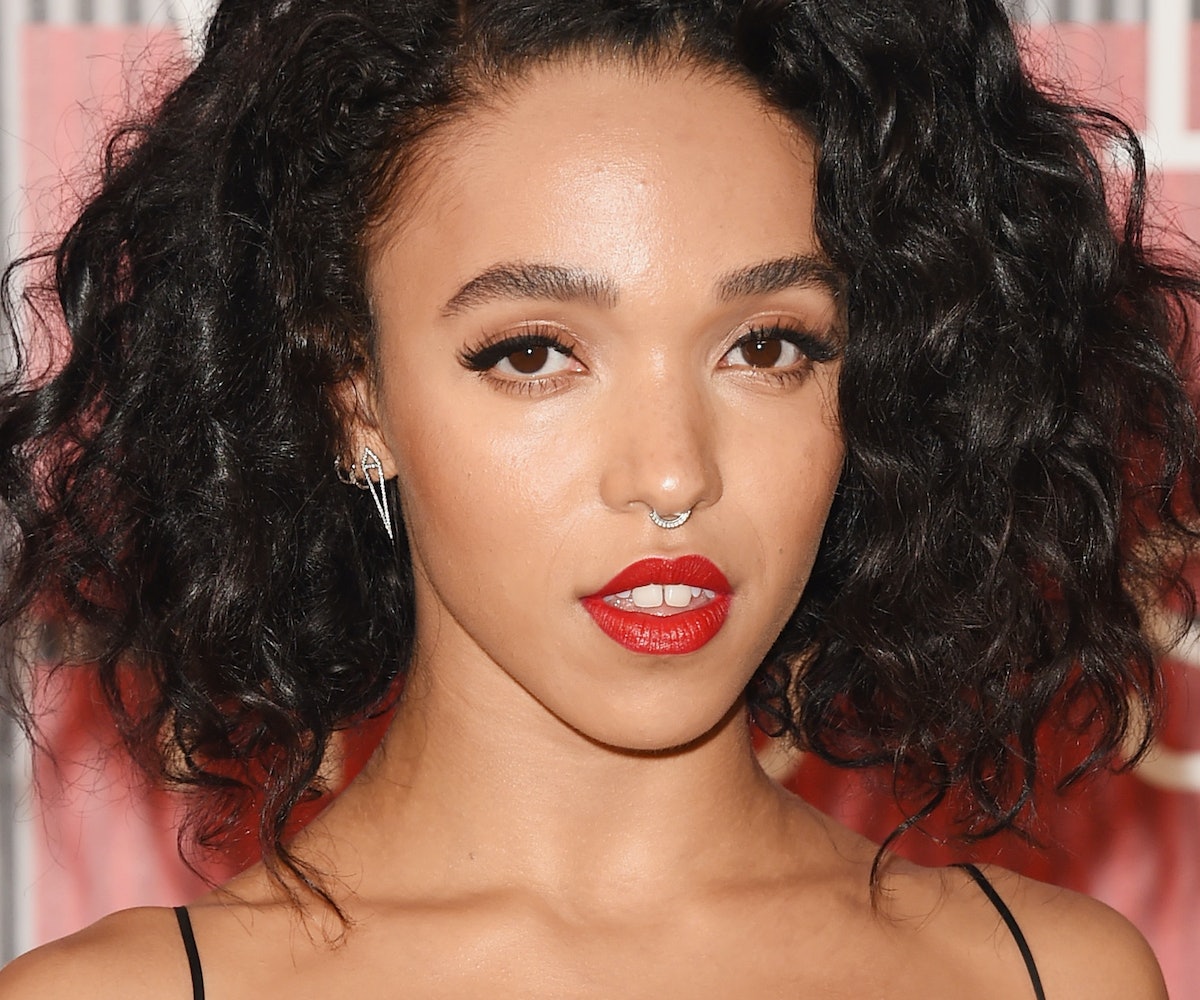 Calvin Klein just got a massive jolt of cool cred. Joining Justin Bieber and Kendall Jenner in the fashion label's spring 2016 campaign is none other than FKA twigs, the glassy-voiced singer who's become one of the most boundary-pushing pop stars in the world. On Tuesday, she shared the first look at her upcoming campaign, which features twigs striking one of her trademark avant-garde dance poses, with a caption that reads "I excel in #mycalvins."

In the past, Calvin Klein has featured far more mainstream stars in its campaigns, like Bieber and Jenner. And while both return in this latest spread, which was shot by the supremely talented photographer Tyrone Lebon, the upcoming campaign also features several unlikely musicians who don't necessarily scream high fashion, but are inspired choices nonetheless. Joining FKA twigs, Bieber, and Jenner are Kendrick Lamar, Joey Bada$$, and Fetty Wap, all of whom shared their ads on Tuesday.

Check out FKA twigs (and all those other guys) in their Calvins, below.