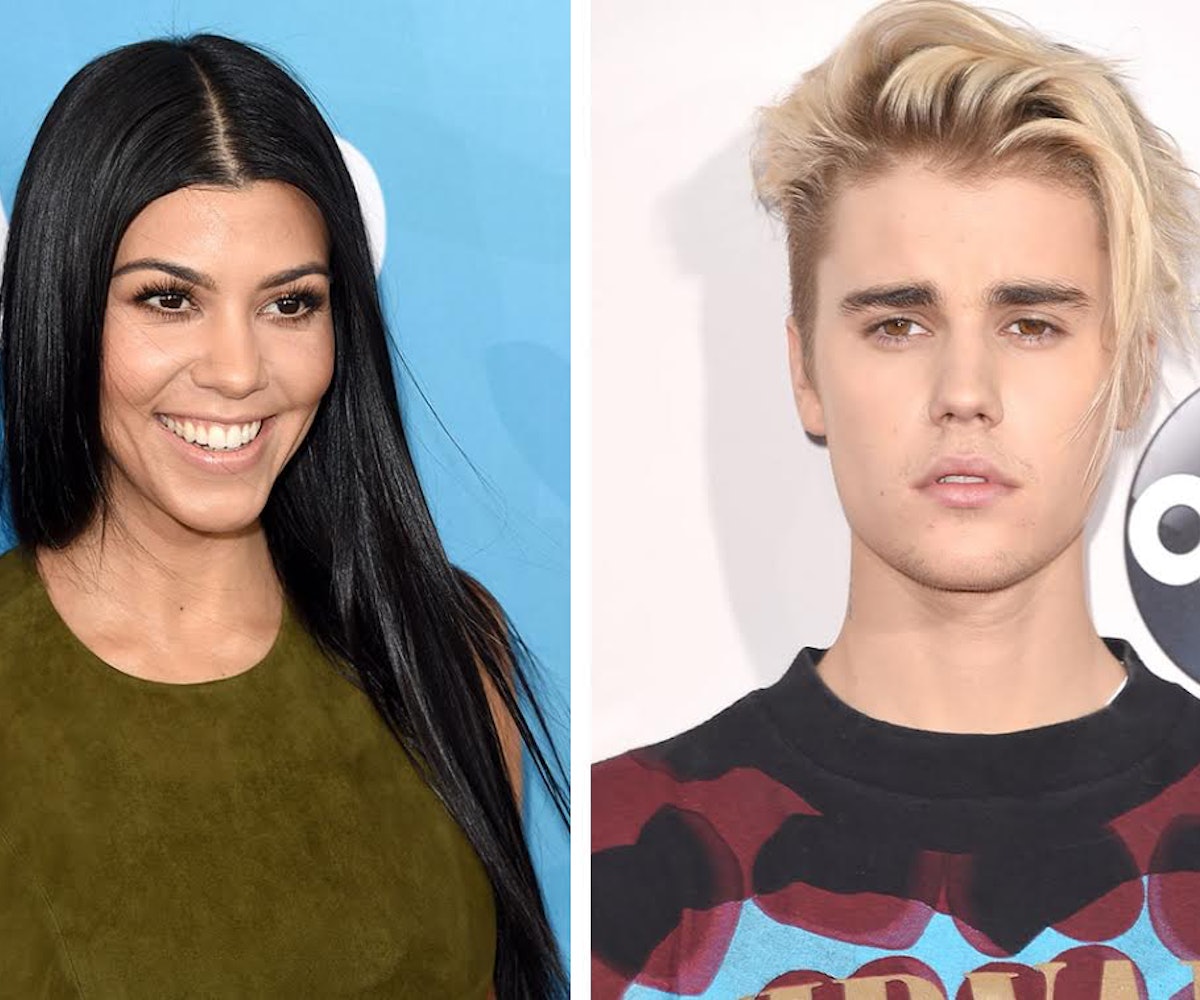 So everyone is talking about the rumor that Justin Bieber and Kourtney Kardashian might be hooking up. It's the number one trending topic on Facebook and a million sites have already republished details like their flirty outings at various L.A. hotspots and Bieber bragging to his bros about hooking up with Kanye's sister-in-law. That's all cool and fun, but why on earth isn't anyone talking about Justin Bieber's creepy missing hand?

In an Instagram post that a lot of writers on a lot of different sites think is meant as a direct diss towards Kourtney's ex, Scott Disick, Justin Bieber is shown standing over a "mystery woman" who is leaning against a car, with the caption, "Lord knows." Scott Disick is a lord in England or something, which is probably the dumbest thing ever, so you can see why people think Bieber is taunting the (former?) reality star. But honestly: where the hell is his hand?

Seriously, his entire hand is not there. That means either:

A. The image is photoshopped and JB is trolling hard.

B. Bieber lost his hand in a hoverboard accident and forgot his prosthetic at the crib.

D. His hand is probably hidden, this actually isn't Kourtney Kardashian at all, he's not trolling Scott Disick in the slightest, and the Internet has simply lost its collective mind.

Guess which option we're leaning towards.