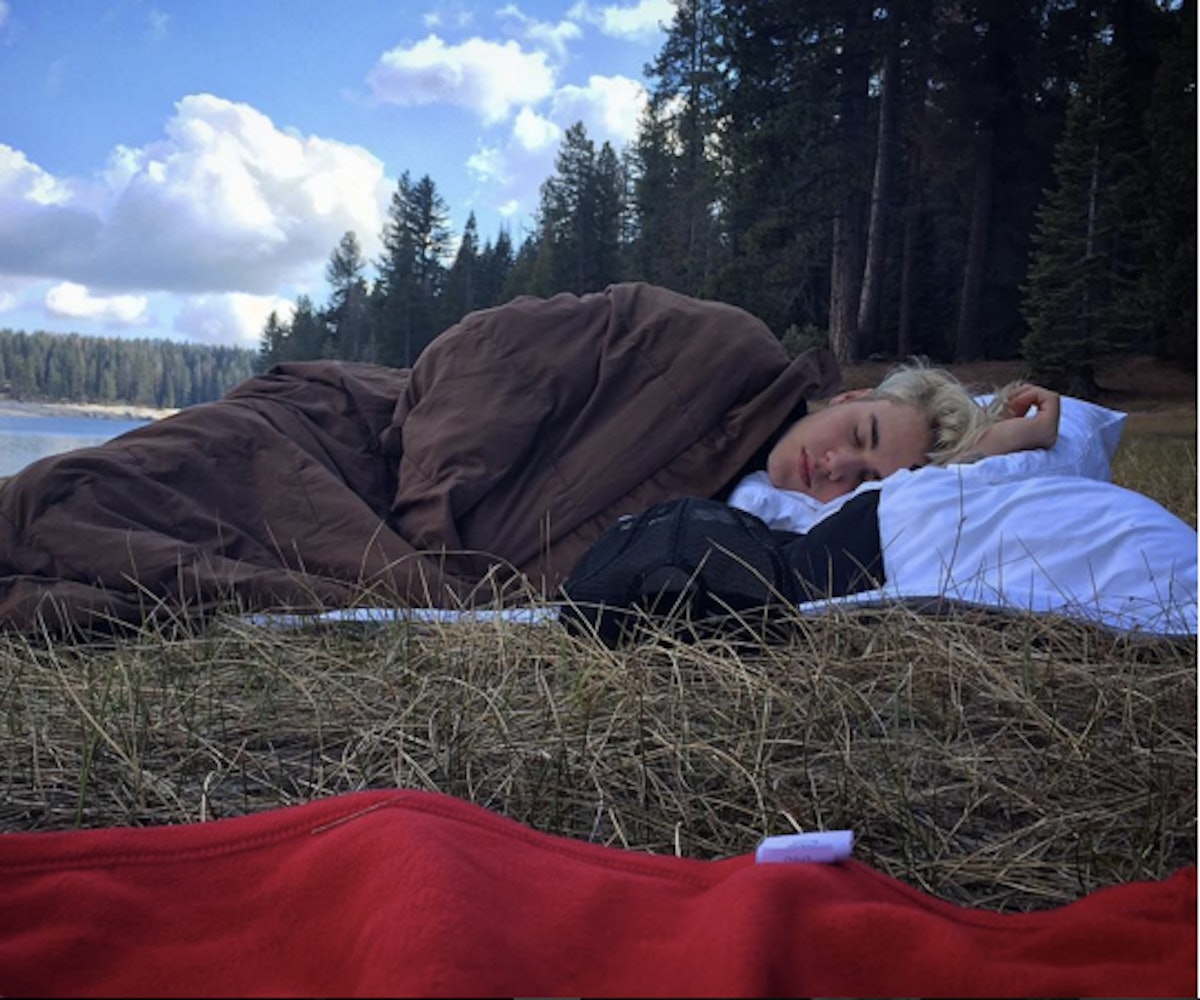 Justin Bieber, king of questionable decisions, needed a little R&R. The singer recently announced on Instagram that he would no longer be doing meet and greets before shows because "I end up feeling so drained and filled with so much of other people's spiritual energy that I end up so drained and unhappy." Also (financially) drained an unhappy? Fans who bought $2,000 meet and greet packages cannot get a refund without forfeiting their ticket, as announced by Bieber's management team. (Is it too late now to say "sorry"?)

While the singer takes a break from his fans, he's taken to camping with his buds in order to recharge. While he's posted a few shots of the great outdoors that are actually quite lovely, fans were also treated to a shot of some wild Bieber buns after he went skinny dipping in a lake out West. The full-body shot from behind was taken by John Shahidi, CEO of Shots, with the caption "dat ass doe." Indeed, Bieber wasn't kidding when he sang "I'll Show You." Fans seemed more than pleased at the eye candy. Just Bieber being Bieber.