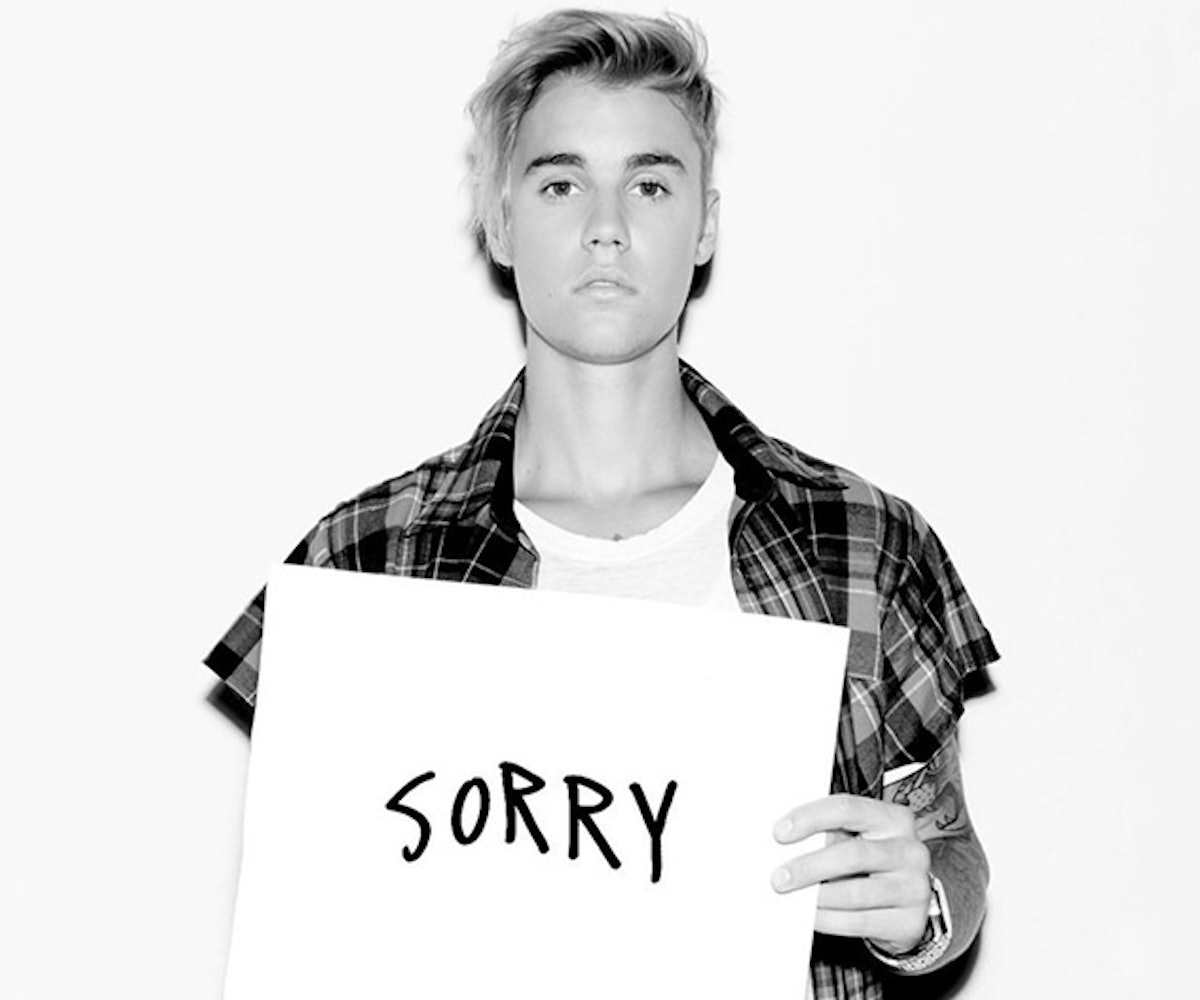 Justin Bieber, with his long shirts, tattoos, and angelic voice, took over The Tonight Show with Jimmy Fallon. He sang his apology tour de force “Sorry.” If you don’t know, Bieber released an album last week called Purpose. It’s pretty good, filled with a few weak (read: overly sincere) moments, but an all-around good album to bop to. Skrillex co-produced a percentage of the tracks, which definitely played in Bieber’s favor. “Sorry” is one of those tracks and blew up the charts when it debuted last month. Unlike Bieber’s more recent performances, he doesn’t do his dance thing this time around. It’s a lil’ bit of a bummer because dancing Bieber is an entertaining Bieber, but hey, check out those pipes. Oh, and heed what Jimmy Fallon said and #BuyPurposeOniTunes.