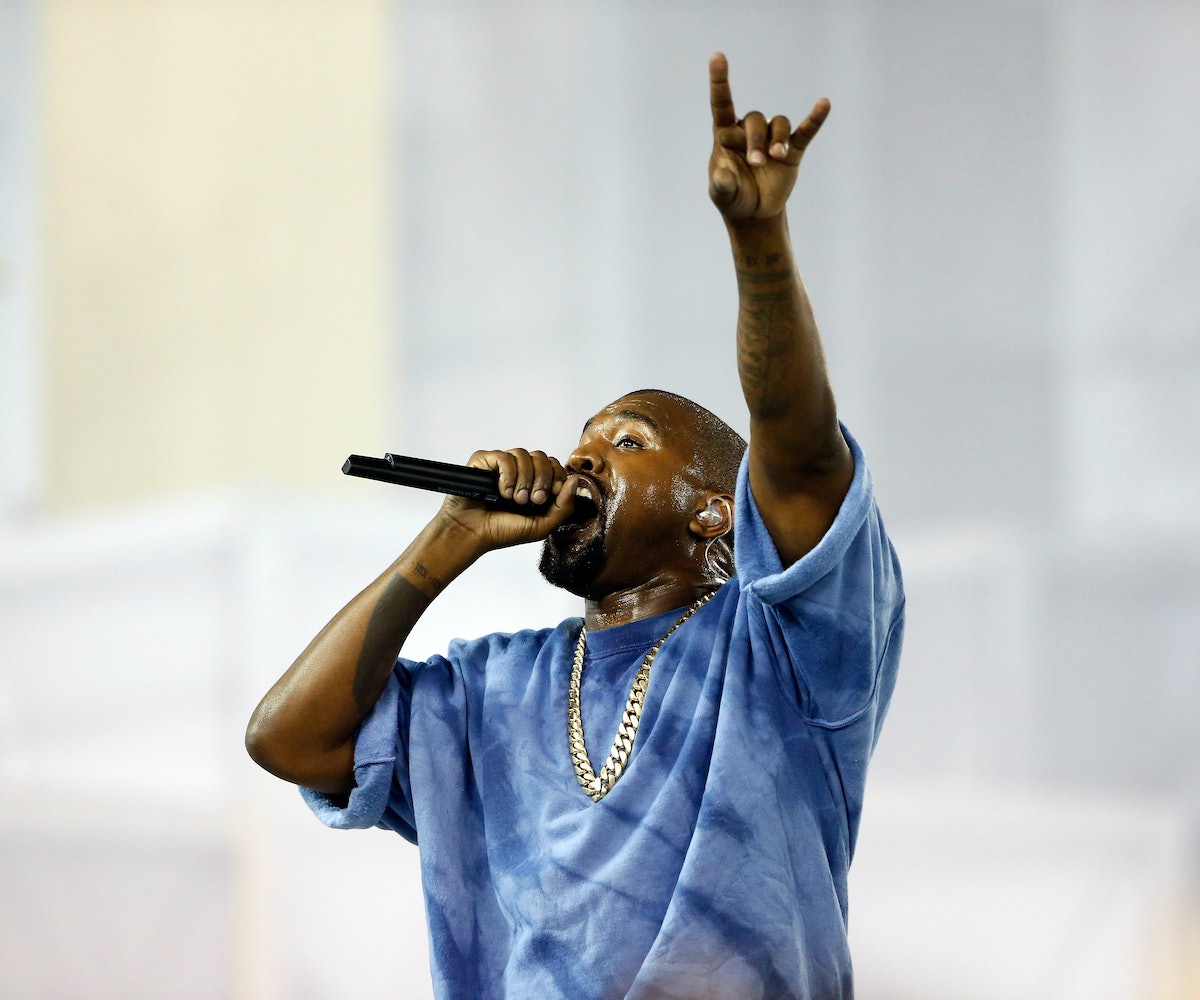 And just like that, Swish is no more. Just days after posting the track list for his hugely anticipated new album, West, via a flurry of tweets, revealed that the record is now called Waves, and that it won't just be the album of the year, but the "album of the life." Helping him fulfill that prophecy will be Swizz Beatz, The-Dream, and A$AP Rocky, whose names were all scribbled on an updated version of the track list, which Kanye also tweeted Tuesday. They'll join previously announced guests Sia, Vic Mensa, Post Malone, and Ty Dolla $ign. Kim's name also appeared on the track list, joining Kylie in what's starting to look like a real family affair.

Waves drops February 11, when it premieres at Madison Square Garden during a Yeezy Season 3 event. It will also sceen in theaters around the world, starting at 4pm EST. Tickets will be available here. And since Waves just happpens to drop on a Thursday, we suggest you start planning your sick day excuse now.