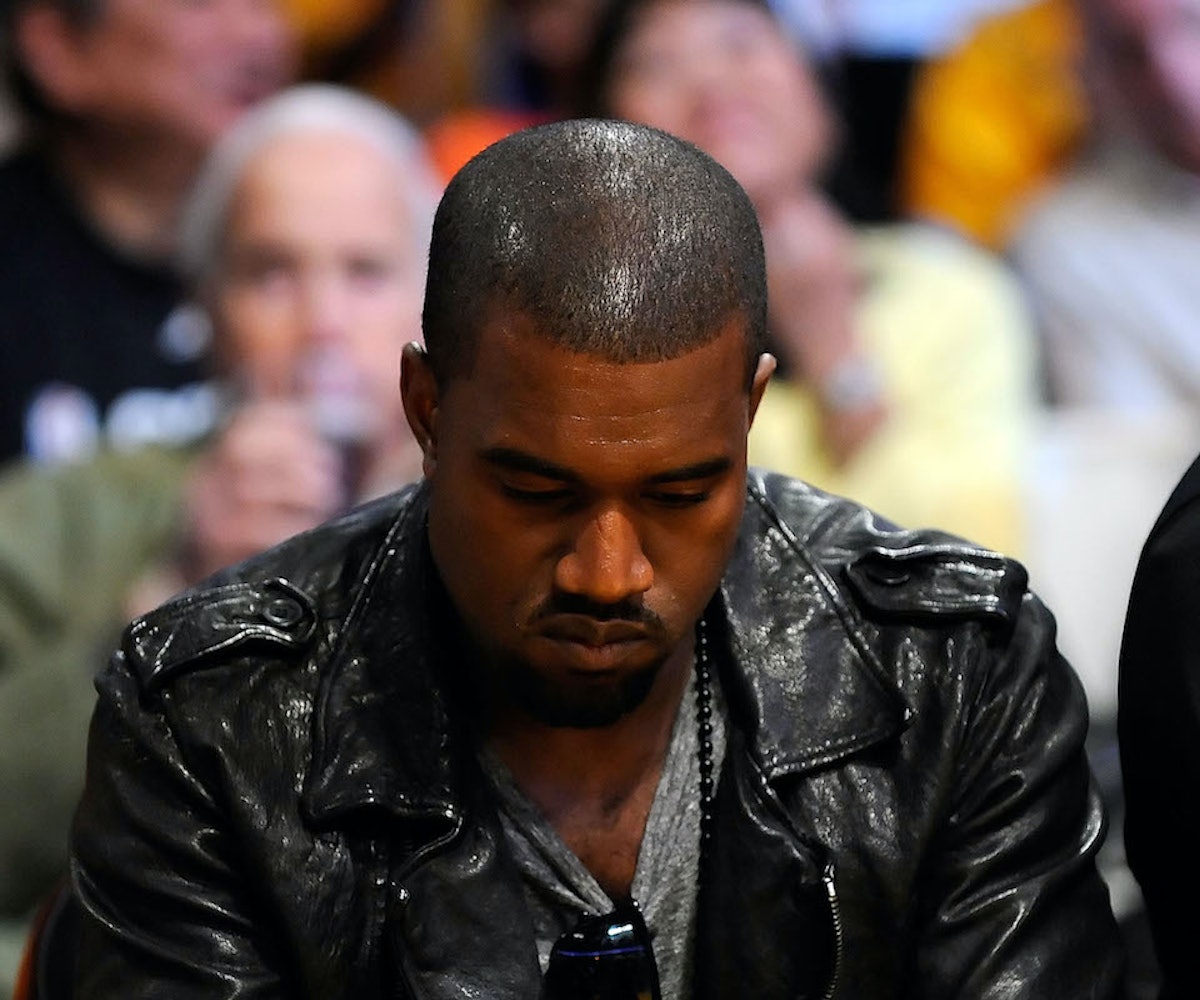 Rapper. Fashion designer. Provocateur. Demagogue. Husband. Genius. Iconoclast. Father. Dork. Yes, Kanye West is a lot of things to a lot of people. The pop culture juggernaut has built a career on not caring what you think, a fact that's most apparent on his schizophrenic Twitter account. There, West wears his many hats proudly and jumps from one persona to the next like Spider-Man building-hops in the Upper West Side. But the online persona West favors most is that of a geek, dork, nerd. Whether it's the gushy cinephile, the gooey husband, or the eager friend, Kanye West has no problem nerding out online, because if you're going to be dorky, what better place to do it than the Internet? Here, a roundup of Kanye West's dorkiest tweets.

When your Dad does his best Fabio impression for the family photo.

Can we get some fig jam to go with all that cheese?

Okay, so this is kind of cute. Still dorky, but cute.

Kanye said, as he locked his dorm room door, took a hit from his favorite bong, and slurped the last of his instant ramen.

Our Back To The Future re-enactment club is looking for a new Doc. Hit us up, Kanye.

The Social Media Etiquette Guide rule #442: Never, ever, under any circumstance, brag about your retweets.

Just call him officer Yeezy, the newest member of the Grammar Police.

Even if we have, we would never admit it.

From one dork to another.

Didn't you get the memo Kanye? Sincerity is dead.

Little known fact: An Early version of "Blood On The Leaves" was called "Grape Crush On The Couch."