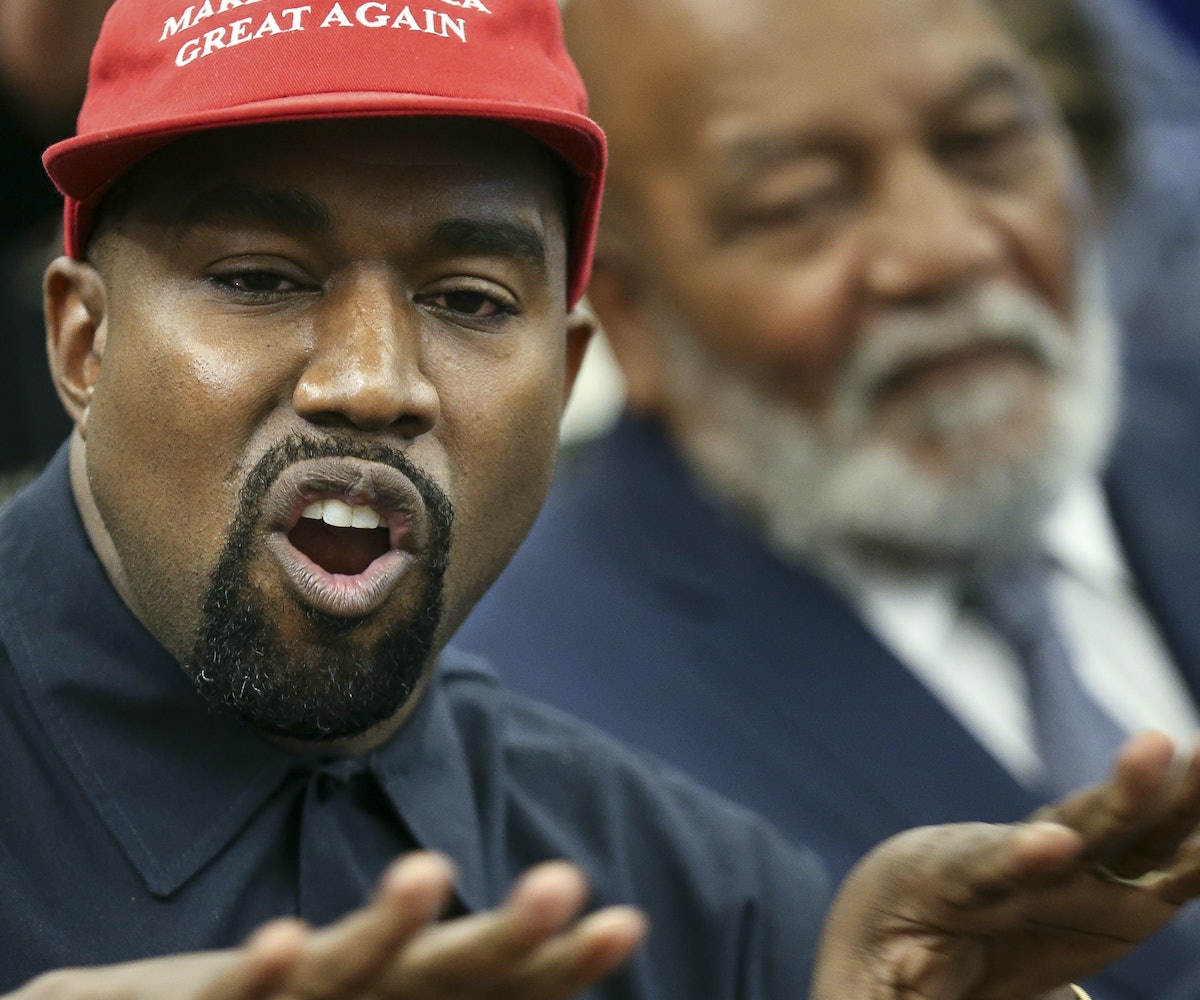 The rapper (and, for a moment, presidential advisor) tweeted on Tuesday evening, "My eyes are now wide open and now realize I’ve been used to spread messages I don’t believe in. I am distancing myself from politics and completely focusing on being creative !!!"

This declaration comes just a few weeks after West visited the White House, where he referred to Trump as "the freshest" and "the flyest" in front of a crowd of reporters. Just yesterday, it was revealed that West created a line of "Blexit" T-shirts, encouraging black voters to cut ties with the Democratic party, so it seems that West's change of heart happened literally overnight. It's not clear right now what caused his decision to turn away from political commentary, but Twitter already has some ideas:

Whatever West came across that made him rethink things, I'd love to get my hands on a copy and send it to 1600 Pennsylvania Ave. Maybe it'll work on Trump too?