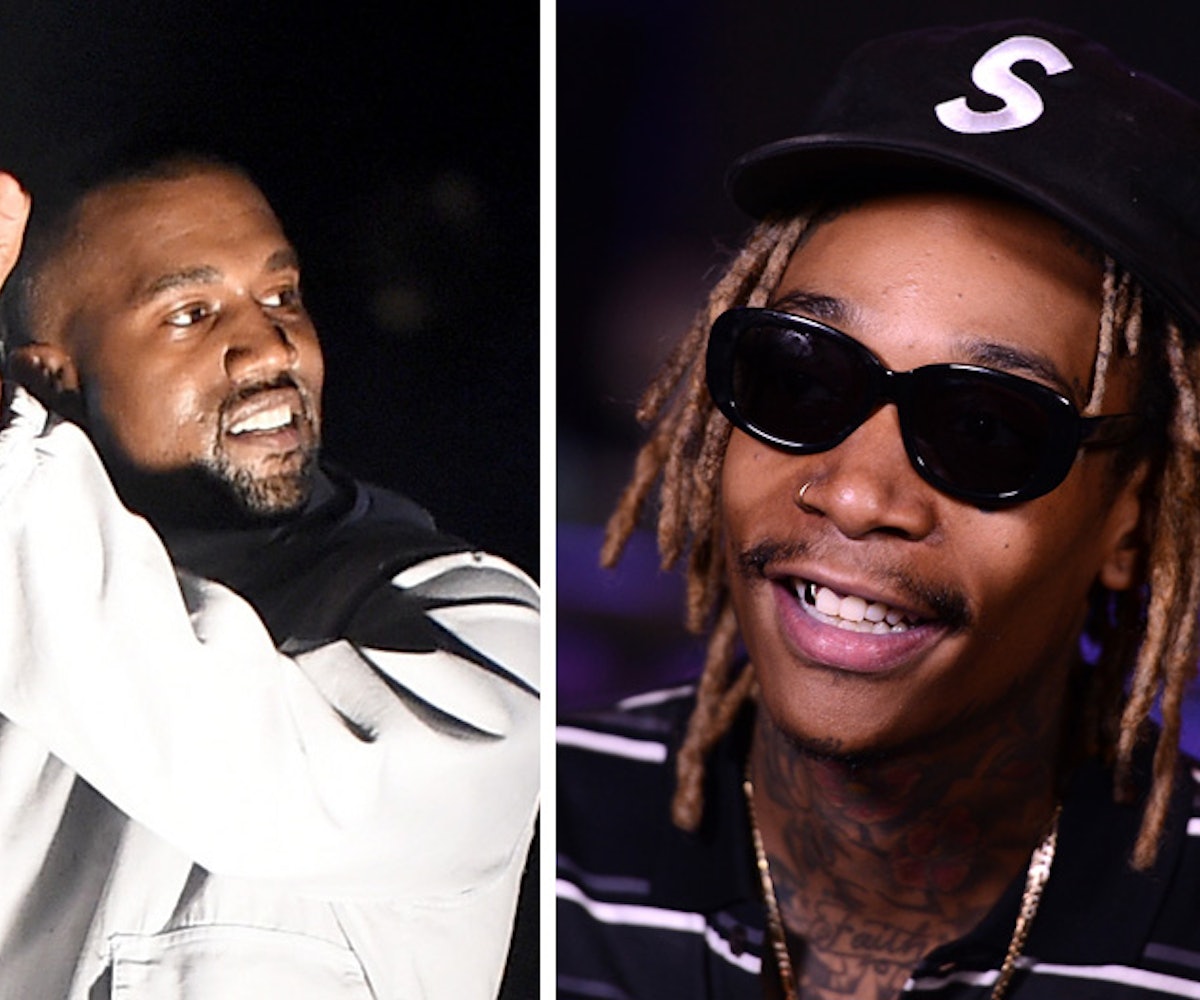 UPDATE: Kanye West deleted all the tweets and kept the positive ones. Below are, what seem to be, his final words...for now.

When Kanye West announced that he changed the name of his album to Waves, Wiz Khalifa tweeted his two cents. “Please don’t take the wave,” he said in a subtweet probably-definitely targeted at West. He continued to tweet out the history of “wavy,” a term made famous by Max B that means something is fly/the shit/the bomb/etc. He called his followers to “FREE THE WAVE,” but then Kanye West sent a Tidal® wave through Twitter.

Embedded below are all 31 of West's tweets. He lists off 17 reasons why Khalifa had no business coming for him. "You have distracted me from my creative process," West said at one point. At another, he compliments Khalifa on his cool pants. In fact, West laments over not being as skinny as Khalifa, but then rebounds on his lamenting and says it was he who made it okay for Khalifa to wear skinny pants. The digs at Amber Rose aren't okay at all, though. Why put a woman down as a means to boost your ego, huh?

Khalifa hasn’t responded yet. According to Twitter, he’s rolling joints—you know, as one does in this situation. It's a hot mess, but fabulous promotion (and a great lesson in how to use Kim Kardashian West's Kimoji app!). Yeezy season is definitely approaching and it has zero chill.