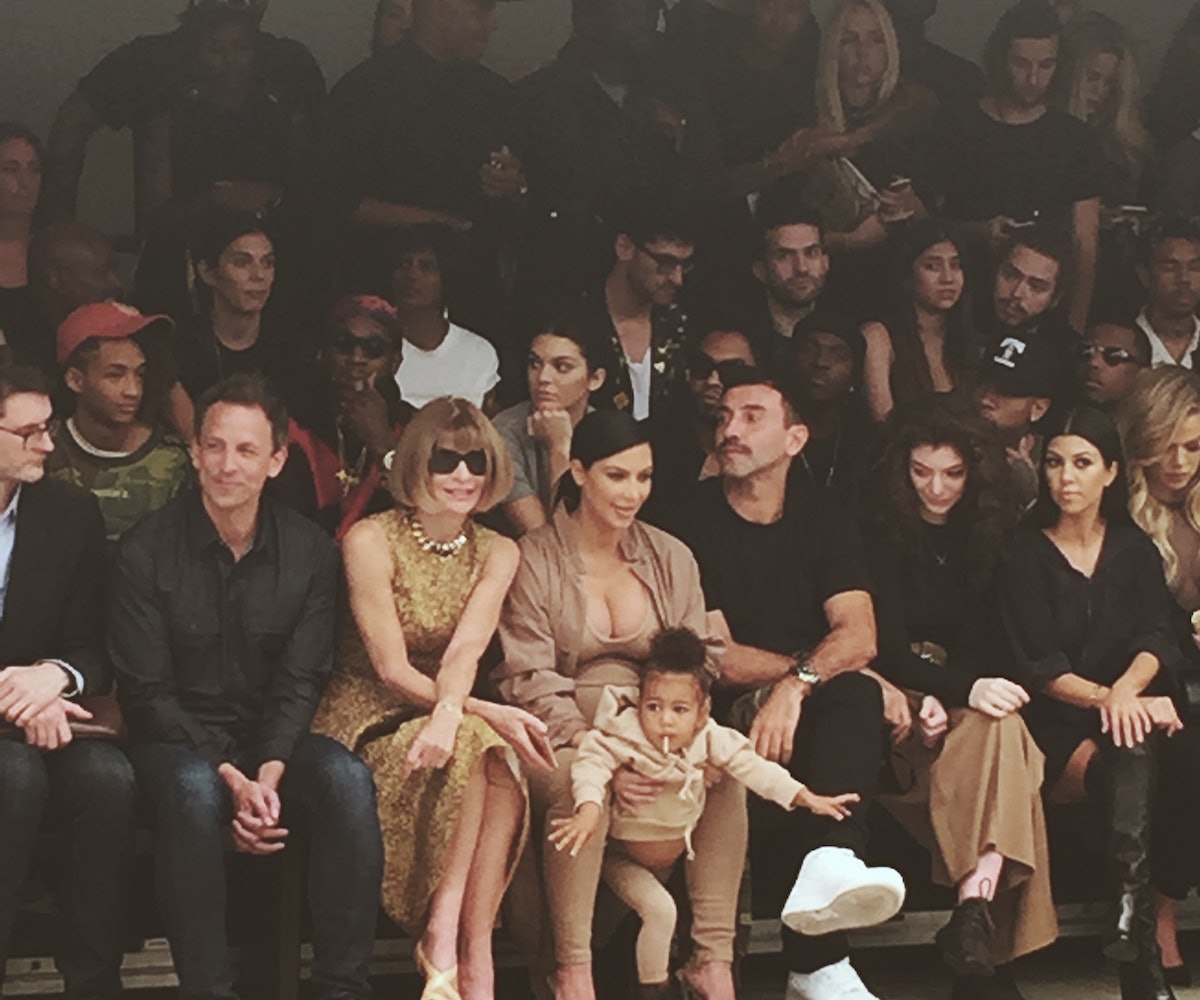 When Kanye West announced that he would debut his Yeezy2 collection last-minute at New York Fashion Week, we didn't know that he would use the opportunity to drop a new song, or cast his sister-in-law Kylie Jenner, although he did do both the last time around. The only thing that we knew for certain was that it was going to have a very star-studded, very interesting front row. But leave it to Yeezy to keep us on our toes and wonder "Wait—what?!"

With not one but two very rich, social media-stacked rows, it's safe to say that the seating for attendees was, err, a bit eccentric. Seth Meyers sat next to Anna Wintour, who sat next to Kim and North West, who then was separated from her sisters Kourtney and Khloé by Ricardo Tisci and Lorde. Behind them was Jaden Smith, 2 Chainz, Kendall, Miguel, and Tyga (in that order). Why, you ask, are these varied personalities all next to each other? Well, friends, fame. That's why.