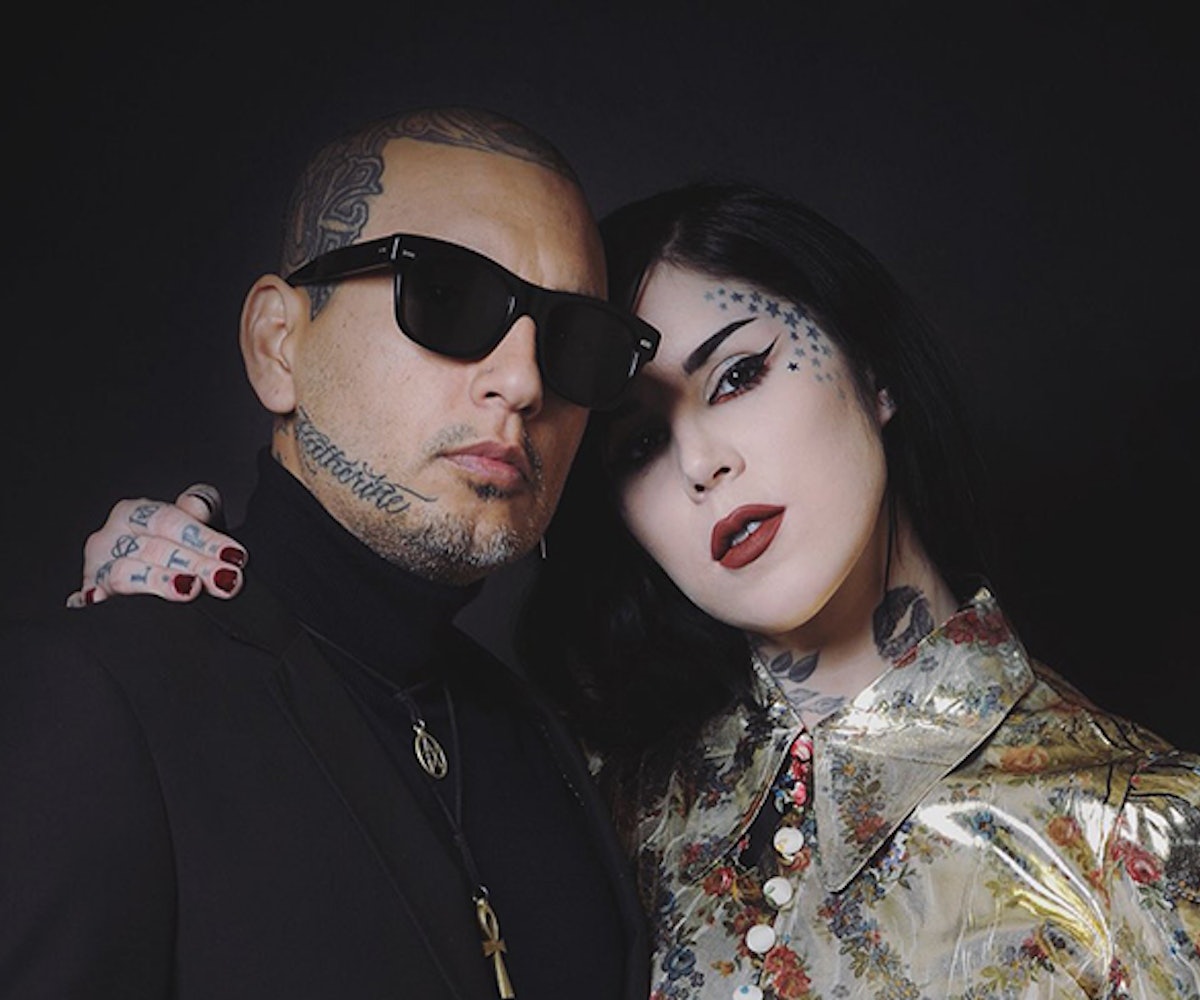 Kat Von D surprised everyone when she and husband, Leafar Seyer, shared a photo of their wedding bands two months ago, announcing the pair had just gotten married. This week, the couple did the same thing, casually posting a photo announcing they're expecting their first child.

"It's a boy," is all the beauty mogul and tattoo artist said. Her baby bump is clearly visible. Seyer, for his part, added a bit more to the announcement saying, "When I thought I had it all. Life gifts me with the greatest of joys! We are pregnant and having a baby boy." He also announced the name of their child, Leafar.

Now, it should be noted that Seyer is a member of the band Prayers and his real name is Rafael. Leafar is his stage name. Rafael spelled backward, though, is Leafar. [Insert Oprah_There_You_Have_It.GIF here.]

Von D has previously gone on record to say she thought she wasn't ever going to have kids. "I love children, kids love me, but I think I’d make a really good buddy,” she told HLN in 2012. “I don’t know if I’d be a bad mom, but it’s not what I want. I don’t want to put my body through it." Things change though. Glad to see the couple happy, thriving, and glowing in their goth majesty.