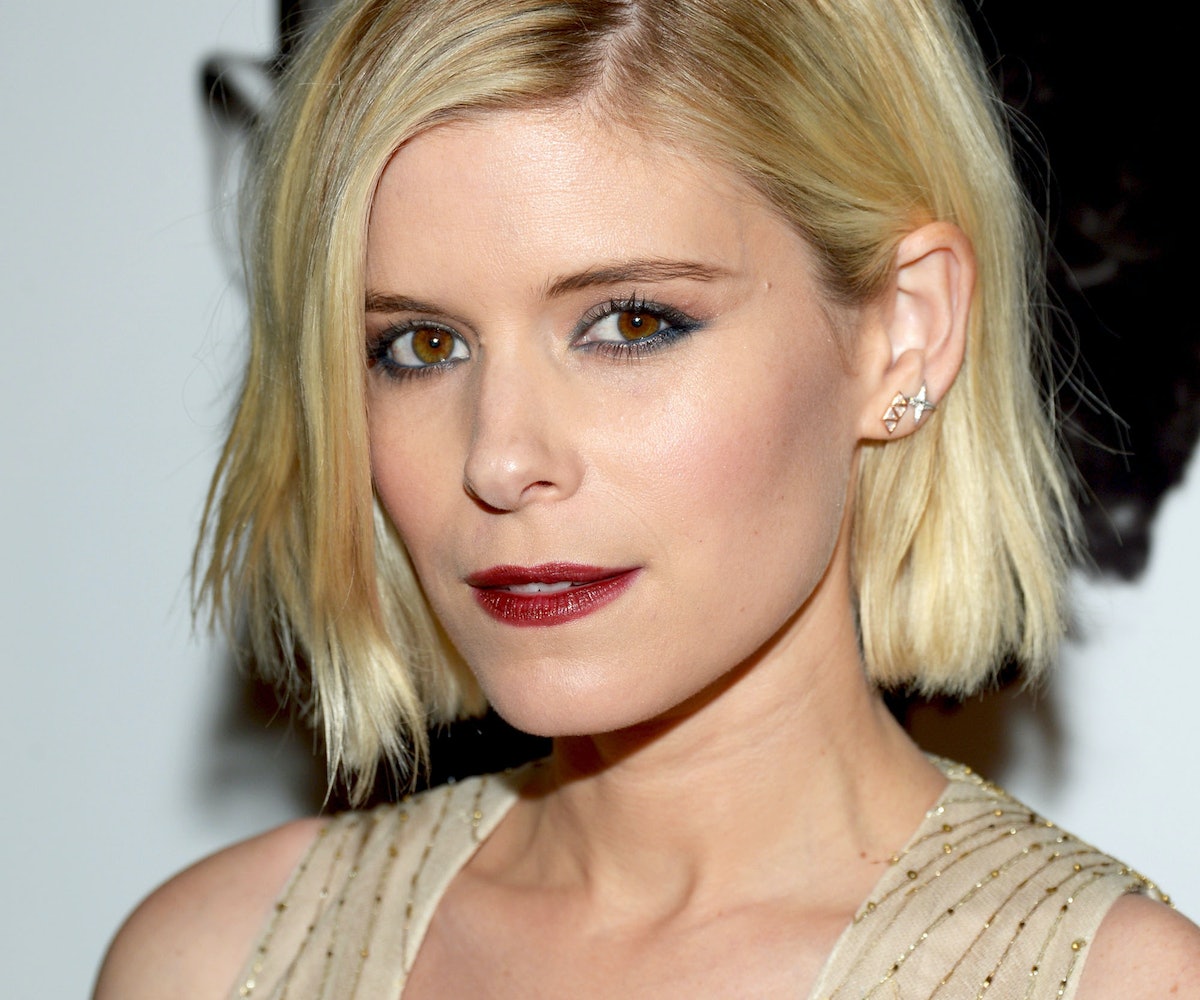 The jagged and feverish new PTSD drama Man Down features one of the most blistering and intense performances of Shia LaBeouf’s career, with the actor pulling out all the stops to portray an Iraq War vet deeply scarred from his fighting abroad. Coping with his trauma is his wife, played with authenticity by Kate Mara, who also happens to be keeping her own secret. Earlier this week we spoke with Mara, who is a devoted animal rights activist, about how veganism changed her life, what separates Shia Labeouf from other actors of his generation, and why this Sunday is such a rare and important day for her family.

Did it ever feel like you were shooting two different films, because you were not involved in any of the war scenes?

To me it didn’t feel that way because they shot all the war scenes after we had done all of my stuff. It was a really quick shoot. I think I was only in New Orleans for a total of three weeks, so it was quite an intense three weeks, but once they filmed there, they moved somewhere else to finish the rest of the film. When I watched it, obviously it felt like there was so much that I wasn’t a part of, but it was exciting to see what that all looked like.

Had you known Shia before making this movie?

The first time Shia and I met was a couple of months before making the movie. The director and I have sort of been friendly for a few years and we sort of emailed back and forth, and I’ve gone to a couple of his readings, and we’ve just stayed in touch because I’ve always wanted to work with him. He emailed me a copy of the script and mentioned that Shia was starring in it and that they would love me to play his wife. Shia is an amazing actor, one of my favorites, and I’ve always wanted to work with him, so it was really a no-brainer for me. The three of us sat down and had lunch together and then we spent a lot of time rehearsing before we actually shot the film.

What separates Shia from actors you’ve worked with in the past?

I think everything separates Shia from other actors. And I mean that in the most positive way. Nobody cares as much as he does about the performance or the outcome of a film. He’s got so much passion and so much love—it’s really incredible to watch him work. He never gives anything other than his absolute best. It was really amazing to work with him. He definitely raises the bar.

You’re an animal lover and a devoted vegan. Are the two directly related for you?

Yeah, for sure the animals are the number one reason. But then once I started reading about it and reading about how our bodies are actually not meant to digest animal byproducts, it made total sense to me not only just from an activist standpoint, but also from thinking about how my body would react if I were to have milk or cheese or meat, and how long it takes to digest it. It’s not the best thing to be putting into our bodies, so there’s just way too many reasons for me not to [do it]. I’m not perfect, I do [eat non-vegan] every once in a while, like if I’m in another country or desperate for some kind of fish, I will sometimes have a piece a sushi—and then I feel bad—or an egg if I know where it came from. I just think in general, if you’re aware and you’ve done any sort of research into where your meat is coming from or your eggs, being responsible and conscious about it, that’s the most important thing to me.

Have you felt a profound physical change since you’ve gone vegan?

Well, the most important thing is I feel like a better human. Not to say that people who aren’t vegan are less than in any way. It does make me feel better because it’s not just about the animals, it’s about the environment—the studies are insane about what one burger, what that footstep is. And I don’t think most people know those facts, and so to me it’s not just about being nice to animals, which of course is very important to me, but it’s about what can you do for our environment.

You tweeted a picture of yourself voting on election day, but have remained fairly silent on the election since. How are you processing it and are you choosing to do so privately?

This Sunday (today) is a big deal for your family, when the New York Giants and the Pittsburgh Steelers play each other, because each team is owned by one side of your family. What is that day going to be like?

Well I’m really sad that I won’t be able to be with my family to watch it—I’ll be here in Los Angeles—but every Giants game to me is a very exciting. I love Sundays. I can’t remember the last time we played each other in a regular season game, but I’m pretty sure I was at that game and it’s just an exciting thing for my family—it’s unlike anything else. I’ve said it before, but it’s kind of exciting no matter what happens because one side of my family wins no matter what. But my dad does work for the New York Giants, and I’m from New York and I grew up at Giant Stadium on the field so there is definitely a part of me that bleeds blue.