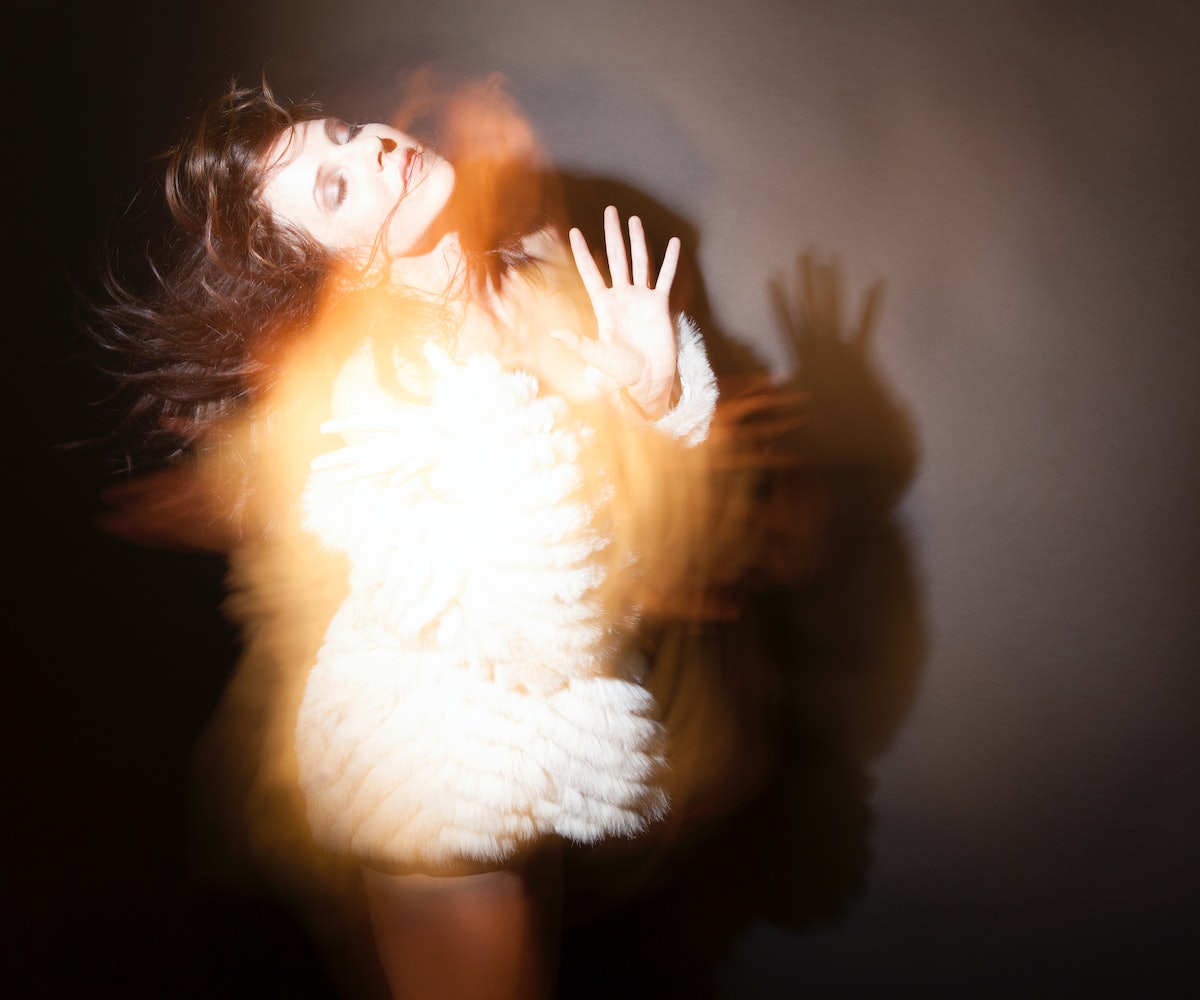 One of the most common nightmares people have is being chased. Psychedelic pop act Katie Burden's dramatic music video for her track "Run For Your Life" takes that nightmare and turns it into a visual adventure. Although she's caught about halfway through the video by body-painted, masked beings—one of which, spoiler alert, she eventually transforms into—the claustrophobia and fear you experience in dreams are depicted in full. These unknown entities, combined with barren terrain from which there is no shelter, elicit the feeling of being trapped in open space. This is, of course, exacerbated when Burden is not only caught under a tarp but buried neck-deep in the desert sand.

"I wanted people to feel the anxiety and fear of being hunted, and I hope that comes across in the video," says Burden. "I initially thought I'd have a hard time looking genuinely scared on camera because I don't consider myself an actor, but I found that the physical act of running from someone in the 110-degree desert heat made it easy to go that place mentally."

Burden told us that her inspiration for the song came from the film Run Lola Run, which she describes as "essentially one long chase scene," while the psychedelic vibes come straight from the artist. "Leave the lights on/ You're not home/ So they don't know you're gone," she sings, slowly easing you into the mentality of someone on the run. The progressing, thumping synths keep you feeling like you're moving forward—that is until she gets captured, and suddenly, you're as immobile as she is.

Burden's album Strange Moon is out now. Watch the whole video, below.