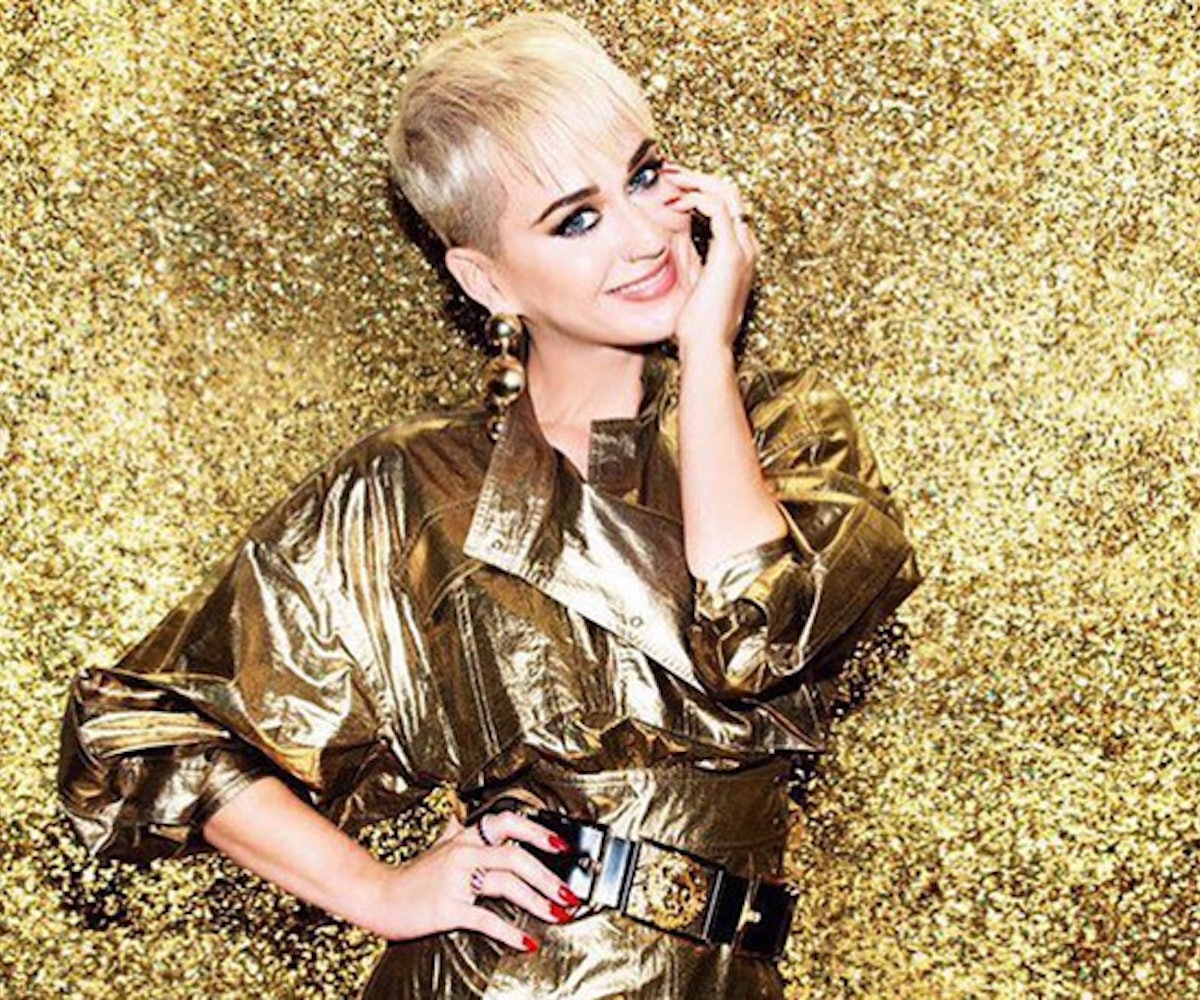 Katy Perry's been called out for cultural appropriation so many times that when people heard she was hosting MTV's 2017 Video Music Awards, they assumed it wasn't a matter of if, but when she'd make an offensive comment. Turns out, it took about two hours. Two long, painfully unfunny hours into the awards show, Perry made a really bad joke about snatching her wig.

After P!nk gave a touching speech dedicated to her daughter about defying gender norms and embracing who you are, Perry ruined the moment by following it up with, "I am shooketh." It's unclear if she's aware of the meaning of the actual word. Just like it's unclear if a lot of white women realize Felicia, of "Bye, Felicia" fame, is the friendly neighborhood drug addict in Friday.

Then, Perry said, "I am dead, I am living, I am crying — she's iconic. Wig, snatched!" And pulled off her long blonde wig. You can relive the uncomfortable moment, below.

People were quick to call her out for being her same old culture-appropriating self. "I thought Katy Perry got cultural appropriation now that her friend explained it to her?" one person wrote. "What's with the wig snatch comment?"

"I listened, and I heard, and I didn't know," Perry said of the backlash she faced for that video. "I won't ever understand some of those things because of who I am. I will never understand, but I can educate myself, and that's what I'm trying to do along the way."

In the interview, Perry says she prefers "compassion" to "clapbacks" (another appropriated term). "It's hard to hear those clapbacks sometimes," she said. "Your ego just wants to turn from them."

She talks about consulting her friend and stylist Cleo Wade about why she can't wear cornrows. "She told me about the power in black women's hair and how beautiful it is, and the struggle," Perry said. "And I listened, and I heard and I didn't know."

Throughout the entire conversation with McKesson, Perry talks like she's a 12-year-old living in rural North Dakota and not a 32-year-old woman who's lived on the West Coast for a while with full access to the internet and basically any other resource she could dream of. She placed the burden on others to educate her because she seems to be incapable of educating herself.

It's possible that the wig-snatch moment was a very unfunny improv—it's hard to tell the scripted unfunny comments from the unscripted—but by now, you would think she'd know better. Not only should Perry have her team quadruple check every joke, lyric, and tweet, but she should take responsibility herself and think before she speaks.

It makes sense someone like Perry would borrow from so many other identities as she desperately grasps to have one of her own, but she's made excuses too many times. She should understand what cultural appropriation is by now, and it shouldn't take the internet calling her out, or her black friends sitting her down, every time she's offensive, for her to want to do better.