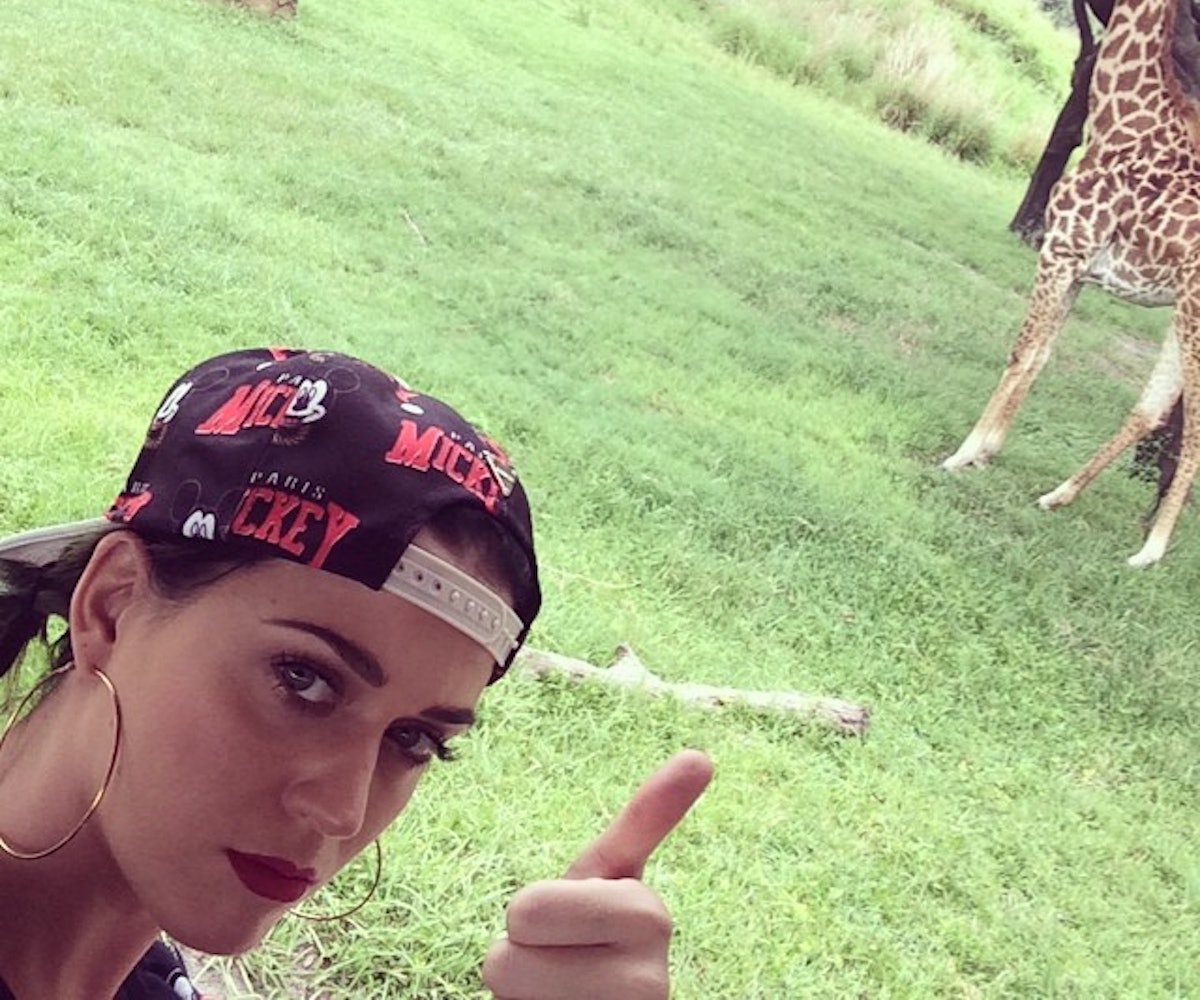 Katy Perry kind of has a thing for The Muppets. In 2010 she made her debut on Sesame Street, singing "Hot 'n Cold," as she chased after Elmo in a wedding dress. (Parents, however, were not pleased.) But now she's trading Elmo in for a different red furry muse, one who fits her edgier persona. On Instagram, Katy just shared her newly dyed fire-engine red hair, pairing herself side-by-side to The Muppet Show's Animal, the hyperactive drummer. Katy calls the color "hot wheels hurrr/ play doe pink," clearly taking the puppet on as an inspiration. Manic Panic color isn't new for the gal; she's embraced slime green and cotton-candy pink in the past. So, perhaps, this might be one of her least drastic moves...maybe? Still, maybe she'll want this Play-Doh perfume to go along with the new look?

Animal certainly is the raddest partygoer around, but let's be honest: No one is a better rouge muse than Elmo. No one.