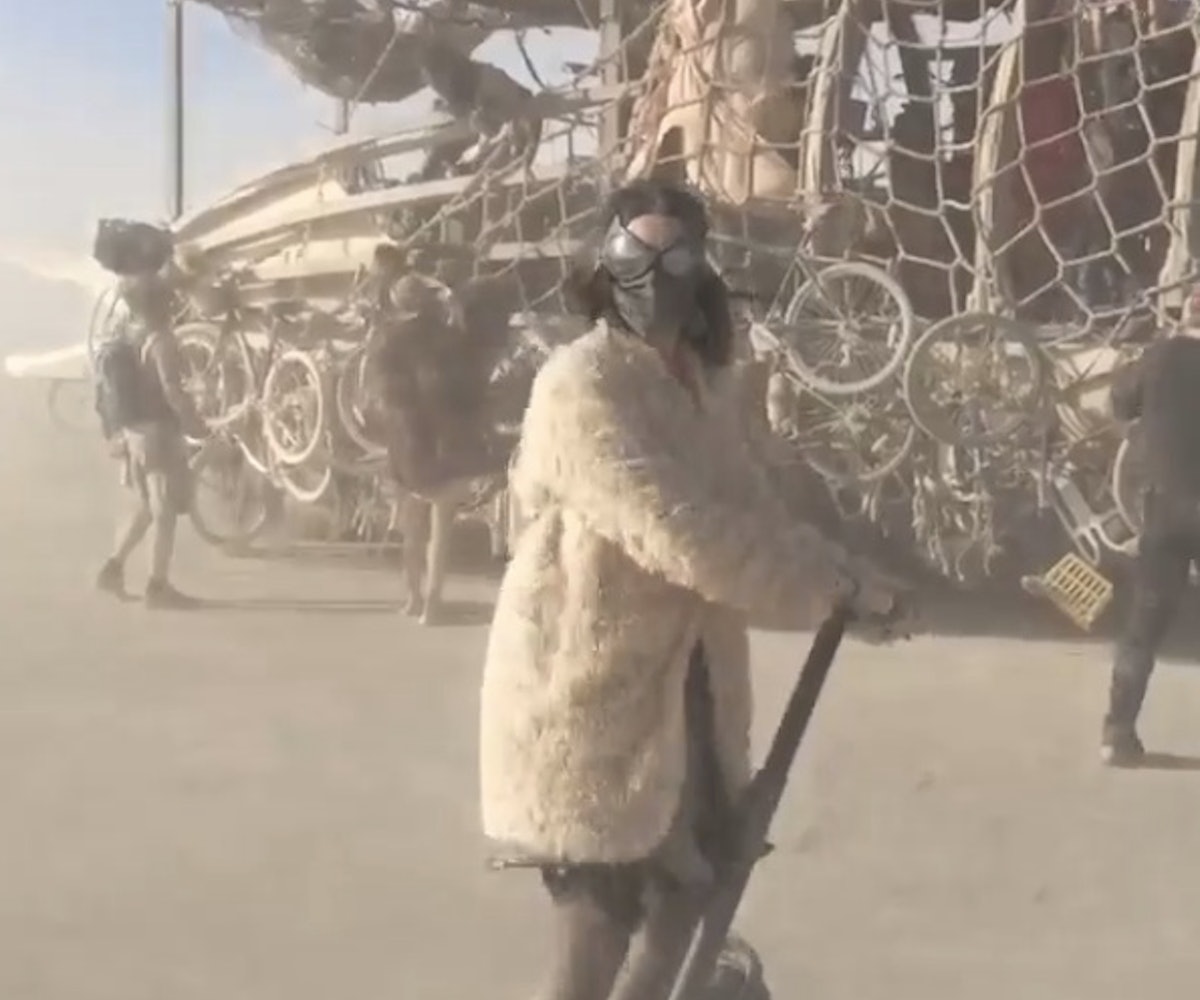 Katy Perry made Burning Man history this weekend by becoming the first pop star to spin 360 degress on a Segway, kind of wipe out, and then chase it down in the middle of a sandstorm. Perry uploaded the video to her 27 million Instagram followers, and it immediately went viral and launched a thousand Mad Max comparions. And while the Segway prat fall is pretty endearing, our favorite part of this video has to be Perry's gnarly goggles, which look like loaners from Marvel's wardrobe department. "Obvious first time burner alert," Perry wrote in her caption, for which we have no witty retort. Watch the video below.