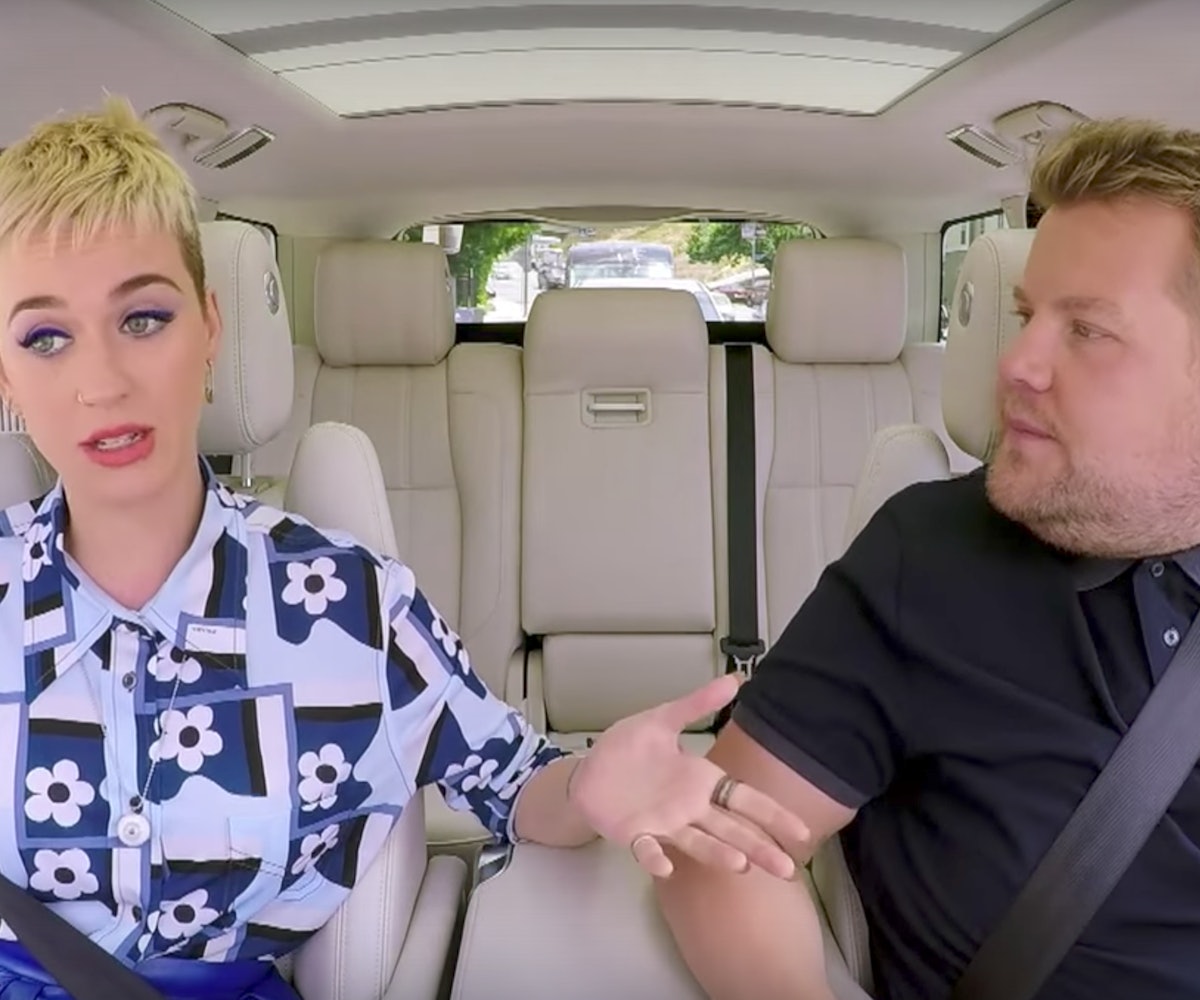 Katy Perry appeared on "Carpool Karaoke" with James Corden on The Late Late Show, and finally addressed the rumors that she and Taylor Swift are mortal enemies.

After singing her new song "Swish, Swish"—which is rumored to be about Swift, although Perry told Entertainment Weekly that none of the songs on her new album are "calling out any one person"—Corden asks Perry directly about the "famous beef."

Ever since Swift released "Bad Blood," a song rumored to be about Perry, the two have been artfully avoiding addressing their tension head-on. Until now.

"For sure," Perry says. "That's true. There's a situation. And, honestly, she started it, and it's time for her to finish it."

She explained to Corden that the three backup dancers she allegedly "stole" from Swift actually had contingencies in their contracts for when Perry went back on tour. When Perry tried to bring this up to Swift, she refused to talk about it. "I do the right thing any time it feels like it's a fumble," Perry says in the clip. "It was a full shutdown, and then she writes this song about me."

While Perry went on to say she's "ready for all that BS to be done," she also brought up "karma" and the "law of cause and effect," adding that "you do something, and there's going to be a reaction"—so maybe she's not ready to bury the hatchet?

Perry does, however, say that she'd forgive Swift if the Bad Blood singer sent her a text that said, "The beef is off the grill." Your move, Swift.

Watch the full clip below.