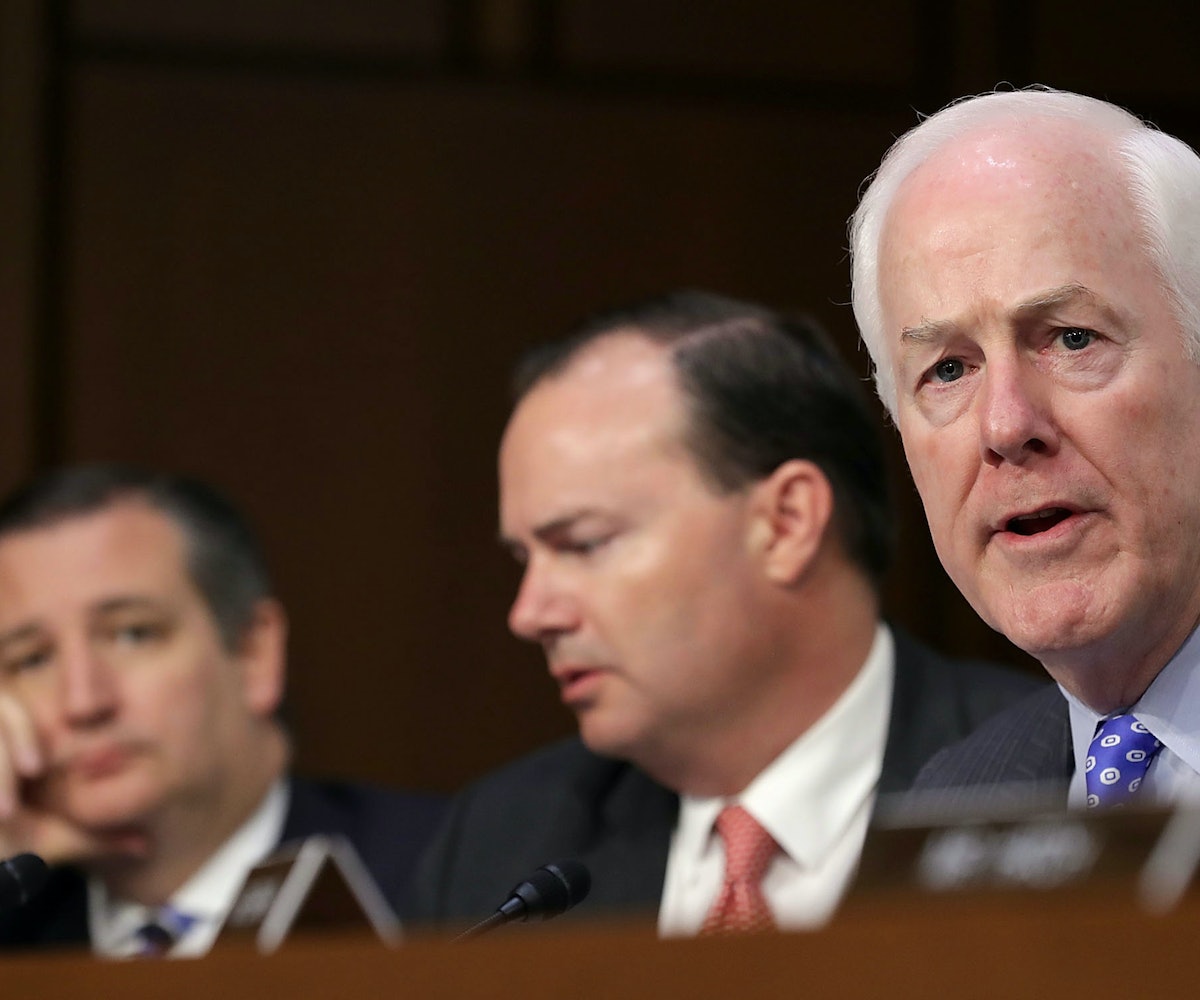 This Thursday, at the hearing on the sexual assault allegations levied against Supreme Court nominee Brett Kavanaugh, the Republican Senate Judiciary Committee will not be questioning Dr. Christine Blasey Ford. Rather, they've hired a woman to do it for them.

Politicoreports that the all-white, all-male committee has decided to bring in a female lawyer—who they have declined to name—in order to avoid coming across as if they are bullying Ford. Chairman of the committee Senator Charles Grassley claims that they are not releasing the lawyer's name for fear of her safety. They have revealed, however, that her expertise lies in sex crimes. According to Ford's attorney, Grassley's staff "still has not responded to a number of outstanding questions" regarding the hearing, including the new questioner's name and how she will speak on behalf of the men who hired her.

Ford wrote a personal letter to Grassley stating that "fear will not hold [her] back from testifying," which Grassley responded to on Monday, claiming he is "committed to fair and respectful treatment" of her. Just yesterday a second woman, Deborah Ramirez, has accused Kavanaugh of sexually assaulting her while the two were in college. No word yet as to how this second allegation will affect Thursday's proceedings. But, it seems to me that bringing in a woman representative to question on Republicans' behalf is just a way of skirting around a historically un-diverse group of government representatives for the nation, as if this is the first time they've really needed a woman to step in for proper delivery of arguments, or for her gendered perspective.