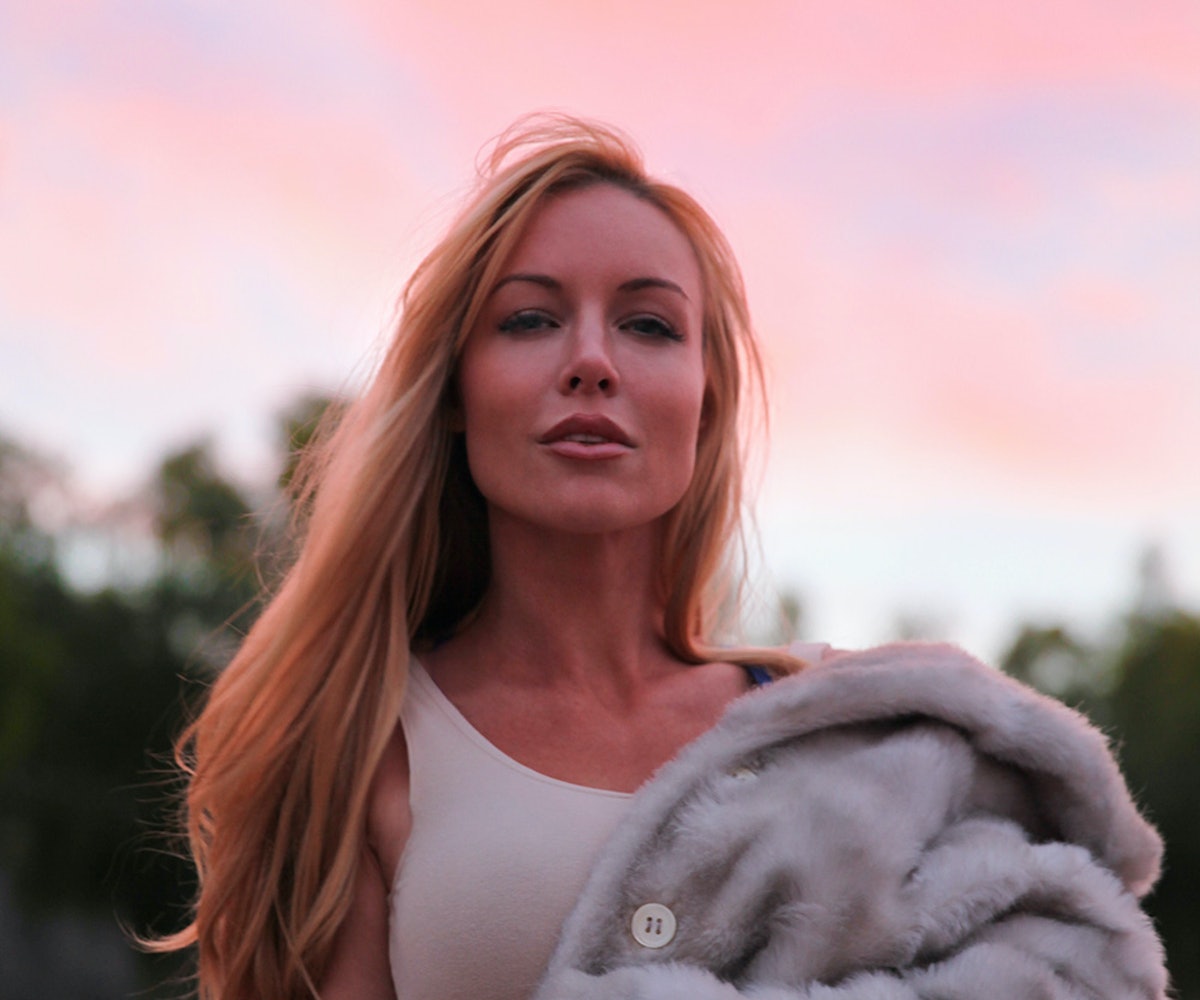 Question: Is there a way besides clenching your Kegels to tighten things up? I've done this so often and there is no difference. Does barre class help? Leg bands? Inner-thigh workouts? Can your G-spot move? I literally stopped getting orgasms even though I've been getting them the same way for years.

Answer: Vagina questions! Yes! I like answering these, not only because vaginas are so elusive that man scientists still like to debate over the existence of the mythical G-spot, but they're so polarizing that entire political platforms are based around them. Ships launch for them! What a weapon we're all walking around with between our legs. Think about it: You wake up and stretch in the solitude of your own bed, and you're armed. You get your morning coffee. Armed. You sit down at your desk, you're armed. You fall down drunk at karaoke night. Armed. You don't see spleens lifting that kind of psychic weight. Then again, that's probably why spleens get to enjoy a relatively undisturbed existence, and vaginas are expected to work out.

Okay, so, Kegels. Here is my problem with these little exercises: They are a lot like the exercise done by those black-and-white muscle-head cartoon characters who would sit at a table with a single arm weight and just pump that same weight forever, always with a fat cigar stuck in their mouths and never out of breath. Muscles are not supposed to develop in isolation from other muscles, and most exercises that would develop them in this way are such that it takes an extremely focused and disciplined person to see any real results over time. You can't simply slide more weights on your vaginal barbell—although that would be an easy way of measuring progress. Instead, you have to keep pushing the muscle by focusing on isolation exercises, and the muscle has to keep adapting, and then you have to keep pushing it further, all while diligently focusing, and focusing, and focusing. Simply doing 100 squeezes the same way for six months won't do much. You'll probably get all of the benefits you'll ever get out of that within the first six weeks, and even that change would probably be so minor that you wouldn't be aware of it.

All that to say Kegel exercises are meh. In my experience, my most “in shape" vagina is directly tied to my most “in shape" body. When I was working out my hardest, I was feeling my tightest. Muscles work together. Core exercises will benefit your Kegels. So will squats and anything that makes you feel like your butthole is clamping shut involuntarily in pissed resistance. Yes, barre classes will help. No, I don't think just moving an isolated exercise from Kegels to leg bands will do much.

Now please take note of my smooth segway right into your second question: I've also noticed my orgasms were strongest when my body was in its best shape. Has your weight or activity level changed recently? I would guess this is probably not the result of your G-spot taking any trips—as a rule, they don't travel any more than the other fixed features of your vagina. But other things can be all over the place: hormones, for example. Hormonal changes can absolutely affect the strength of your orgasms for better or for worse. Have you recently been pregnant or have you noticed your sex drive dip? Emotions can get in the way. Anxiety, depression, and the like can stop things dead in their tracks. Have you overdosed on vibrators? I find that if I've used vibrators too often or vibrators with too much horsepower, I desensitize the area to such an extent that I have to go cold turkey just to get my groove back. It may be that your G-spot isn't responding the way it used to but your clit is ready to rise to the occasion. Over time, I've noticed that the places that stimulate me best to orgasm have changed too. Sometimes they come back around, sometimes they don't. The style of sex that I like also changes—from the positions to even the feeling of the orgasm itself. Try experimenting again. No use walking around with a weapon as powerful as your vagina if you don't get to fire it off here and there.

Q: Genital bleaching. Well? SHOULD I?!

I would like to write to you about an issue I've been trying to deal with in my relationship for the past two and a half years. My boyfriend is clever, kind, and gives me books for no good reason. He is also sexually incredibly cold and our sex life is really frustrating to me. He's always told me he has a low sex drive, and that basically once a week is fine. I'm finding it so hard to talk about it with him and trying to make that one time a week a good experience for me. Communication about sex is complicated because he doesn't really like talking about it, and as a result, I feel a bit stuck and frozen. I sometimes wonder if this isn't the perfect setup for an open relationship.

What would you advise? Any nonverbal ways to discuss intimacy with someone who's a bit cold and weird?

A: Unless you two are able to communicate in sign language, I don't think there is a nonverbal approach that can dig as deep as you may need to dig to find an answer for this. Nonverbal communication is better for reactionary stuff. For example, I can propose to you that we just egg his house, and you can crumple your face in confusion and disappointment at my lack of understanding of the problem. Or maybe he can shut down the conversation you need to have with him, and you can avert your eyes and sigh. It sounds like plenty of nonverbal stuff is being done already here.

Before things get too verbal, though, there are a few things worth asking yourself. For one, how important is sex to you, really?

The way your question is phrased, it sounds important, but it also sounds like you enjoy having this person in your life very much—especially in the capacity of a boyfriend. Is one of these more important to you than the other? Are you upset with once per week because the couples counseling industry has put undue pressure on relationships to meet or beat their three times per week sex bar, or are you genuinely feeling underserved in this area?

If you ask yourself these questions and feel that the frequency of sex in your relationship is a problem that you personally are experiencing, and not one that you feel has been put on you by societal expectations of how relationships behave, then you need to get verbal with him. It's very unfortunate that he doesn't like to talk about his sex drive. I'm sure it's uncomfortable and deeply uninteresting to him as a couples activity. But that's too bad. He has entered into a sort of contract with you by entering into a monogamous relationship. People are legitimately kept up at night worrying about how they're supposed to behave with others based on that contract.

One of the big behavioral expectations of a monogamous relationship is that you don't sex up other people, but also that you do sex up each other to each side's reasonable satisfaction. In the current relationship, what it sounds like, is that he expects you to conform to his preferences at the expense of your own satisfaction. If your own sexual satisfaction is a make-or-break sort of thing (and you have every right to consider it as one), then the only long-term solution is either a change in the relationship or a true and lasting change in one of the people. Maybe that change involves something like an open relationship. But then, you would have to ask yourself if you would be sexually satisfied with that arrangement. Some people only feel sexually satisfied if the person sexually satisfying them is also the person emotionally satisfying them in a monogamous sort of way—and some don't. You would also have to ask yourself if you'd be willing to lose your relationship with him at the cost of experimenting in that direction. He may be completely against it, or he may be open to it, but he very likely doesn't actually know how he feels about it at all until he's really tried it. Either way, if you go down that road, the relationship between the two of you will change, for better or worse.

It also may be worth looking into possible underlying medical causes. For some people, a low or absent sex drive is simply how they're wired, but this situation could just as easily be a symptom of something else.

If you have a question for Kayden, write it up and send to kayden@nylon.com (please note if you want to append your real name or not). Oh, and as always, dick pics aren't questions. They are statements.