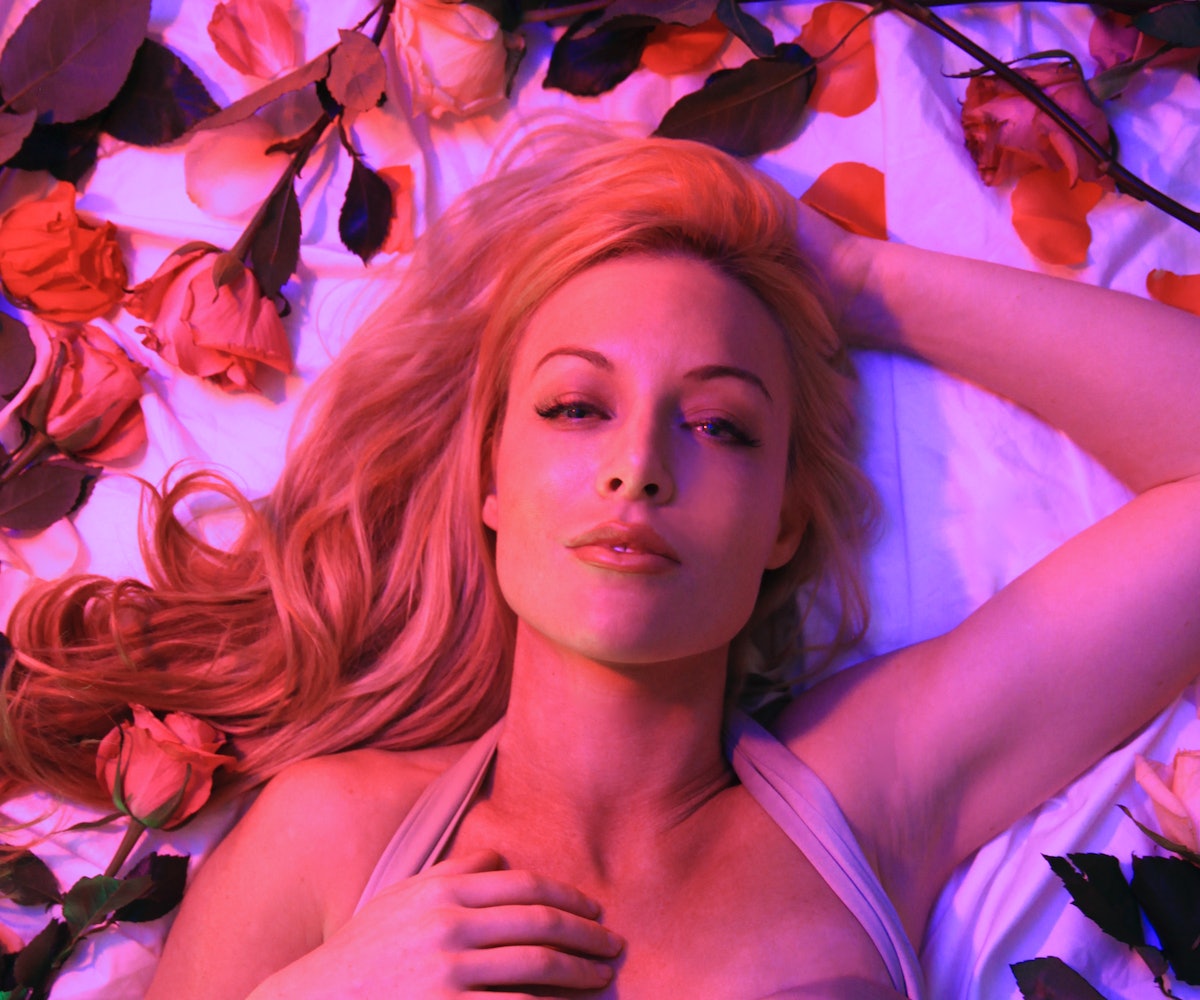 Unless, of course, your connection is broken. Then, it is your job is to find the break. He could very well be battling an addiction that manifests as incessant porn watching, or he might not feel sexually fulfilled by the interactions you two have. Has he ever opened up about what he likes in bed, and have you been receptive to it? There is a responsibility, within reason, between each partner in a relationship to try to meet the other’s needs as best as they can. Is that being done? Oftentimes a woman will walk around wondering how to please a man while he’s waving a flashing sign right in her face. Sometimes that sign says, "Make me a sandwich," but sometimes it says, "Please blow me like this." Most often it says, "Please make me feel ________ about myself." You mentioned he’s home all day. Is he out of work? Is it possible that he feels that the person he is right now is in some way less worthy than the person he was when you met him? Do you do anything that makes him think you might think that? Do you two still talk or spend time together that is in any way intimate—and I don’t mean sexually intimate, I mean do you still share any closeness at all? Lately, do you two fight more than you laugh, or do you even laugh and fight at all? Some relationships drift into a state of merely living alongside one another until some larger outside force knocks them apart.

Q: I’m a 45-year-old male and have been dating an 18-year-old woman for the last year. Is this taboo? I’m not rich but very energetic. When we’re with her family, she introduces me as her husband. We have lived together for three months. Now she wants to move in with me, as husband and wife, without marriage. What are your thoughts?

I have many thoughts. Mostly question-thoughts. I have questions such as, how does her family think you’re married if there was no, say, wedding, or maybe engagement, or maybe news of elopement? My other question is, how is moving in with you as “husband and wife without marriage” any different from living with you, as she presently does, while leading her family on to believe that you’re married? My thoughts on this part: Go for it! It will not change your present condition.

You ask if this is taboo. I hate to break it to you, but you are not the first 45-year-old to date an 18-year-old, or even to be fake married to her. You might be the first one to fake marry an 18-year-old to whom you are already a fake husband, but the world surprises us sometimes.

It sounds like, within her family, marriage is not taken very seriously. When an 18-year-old woman comes home with someone who she mentions off-handedly is now her husband, and that doesn’t seem weird or unexpected to anyone, then one might logically be led to believe that she treats marriage more like a nose ring that is taken on and off than like a bad tattoo that must be lasered off. Just don’t be surprised if she fake divorces you.

But really, the state of your union, imagined or not, is inconsequential. Marriage is not a likely predictor of whether a relationship will last among 18-year-olds. You ask whether it’s taboo. It’s not taboo. It’s frowned on, sure, but no more than most sex-related things. The older man/younger woman pairing is timeless. There are often some disparaging concerns from polite society that either you have an advantage over her with your wealth of comparative life experience (and often with your wealth of relative resources) or that she will cut your heart out with her youth and passing fancies as you flail pityingly into your later years. These are very base archetypes, and take into account nothing of the complexity of human emotions. She might love you to the moon and back. Who is anyone to say otherwise?

That said, likely predictors of a relationship’s failure or success do involve age gaps. Once you get into situations where the age gap is greater than ten years, you cut out a lot of the foundational aspects that the two of you might have in common. You likely don’t have the same goals. You didn’t grow up listening to the same music. You don’t share the same nostalgia for the same cartoons. You cannot relate to her plight when she loses the fake ID she was using to buy alcohol.