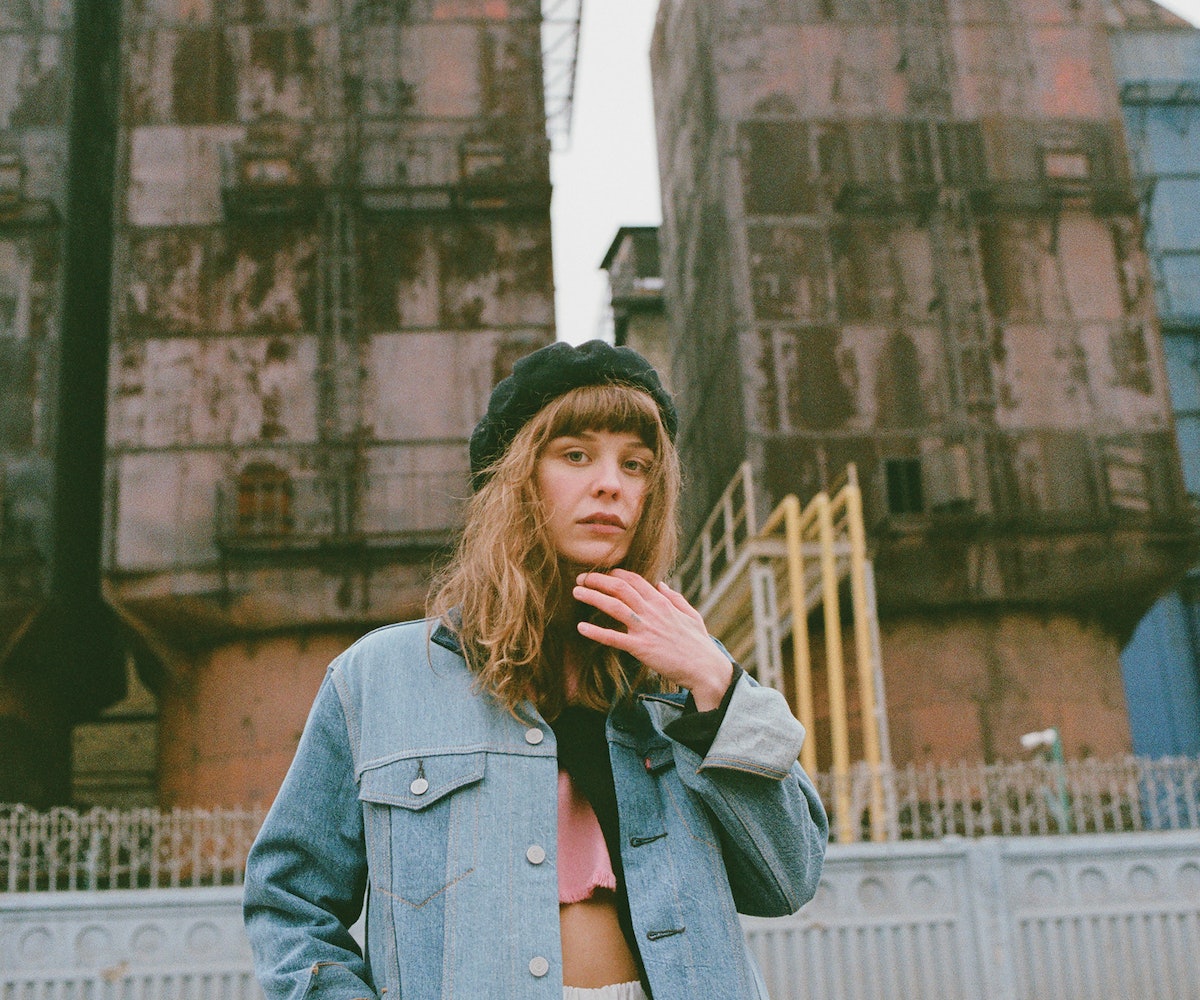 On the other end of a video call, Kedr Livanskiy is sitting cross-legged in her living room. “You wanna see outside?” she asks, pointing her laptop toward the window and her imposing Moscow apartment block bathed in a milky February light. It’s quite different from the abandoned buildings and in-between zones that permeate Livanskiy’s music videos, which often feel like an analog of the blasted but beautiful landscapes of her own music. “I feel it’s another time in those places, like”—she turns to her translation app—“a ‘temporal vortex loop.’ It’s a portal to another world.”

Capturing this “other world” has become an obsession for Livanskiy. “It’s like a ghost, it’s everywhere. I need to shoot it, to write the song. I want to get it into a form,” she says. Her recent EP January Sun sees her coming closer than ever to achieving her goal through a set of lo-fi productions that move across the spectrum of pop. These are tracks constructed from the flotsam of dance forms—808 rhythms, ambient techno, even jungle breaks—but coupled with her distant, drifting vocals, the effect is brittle and strange.

An attraction to shifting spaces might be hardwired into Livanskiy. She was born in 1990, a year before the Soviet Union collapsed, giving rise to a brand-new ideology built around an unchecked market. Now, the ’90s kids are forming their own underground movement in a Russia that looks substantially different again. The country’s poverty rate is high, and there is barely a fashion or music industry to speak of, but it’s these circumstances that have fomented a thriving DIY scene. “We talk about the ’90s in Russia, but people had a complex; they thought, ‘Europe and America are cool, but Russia sucks,’” she explains. “We’re the first new generation who can do something without fear, without hoping for money. It’s a very powerful energy.” By “we” she means the crew at Johns’ Kingdom, a label and network of musicians based in Moscow. They’re part of a new wave of artists and creatives kicking against the insular Russia of old. And you only have to look at the success of designer Gosha Rubchinskiy, who used a soundtrack by Livanskiy’s Johns’ Kingdom associate Buttechno in his fall ‘15 show, to see how intently the West is listening.

For Livanskiy, music has always been more personal than political. She got her start singing in punk bands as a 19-year-old literature student, but after university she became restless, awakening a period of reflection that led her to the experimental electronic music she’s making now. She developed her haunting sound by marrying Aphex Twin-like abstractions with the Russian pop of her childhood—but she has a bombshell to drop. “Maybe if I wasn’t Kedr Livanskiy I wouldn’t listen to Kedr Livanskiy,” she says. “It’s hard for me to accept some of my music because of the relationship I have with myself—maybe a song tells my weakness. I don’t want to see that. I want to be cool, you know?”

Toward the end of our call, she flips the script and asks where I’m from [London]. She thinks for a few seconds before landing on the Ken Loach film Kes. Time spent studying at the Moscow School of New Cinema means she’s quick to relate ideas back to film. “I love authentic movies,” she says. “When the emotion of the hero isn’t in the speech, but the bird that flies.” The film is also quite sad, I point out. “That’s life, you know?” she says. “Many people have said to me, ‘Your music isn’t fun, but life is no fun.’” Livanskiy fidgets, grasping for the words that might sum up her thoughts on life, and perhaps inevitably, her music, too: “It’s darkness. It’s beautiful.”