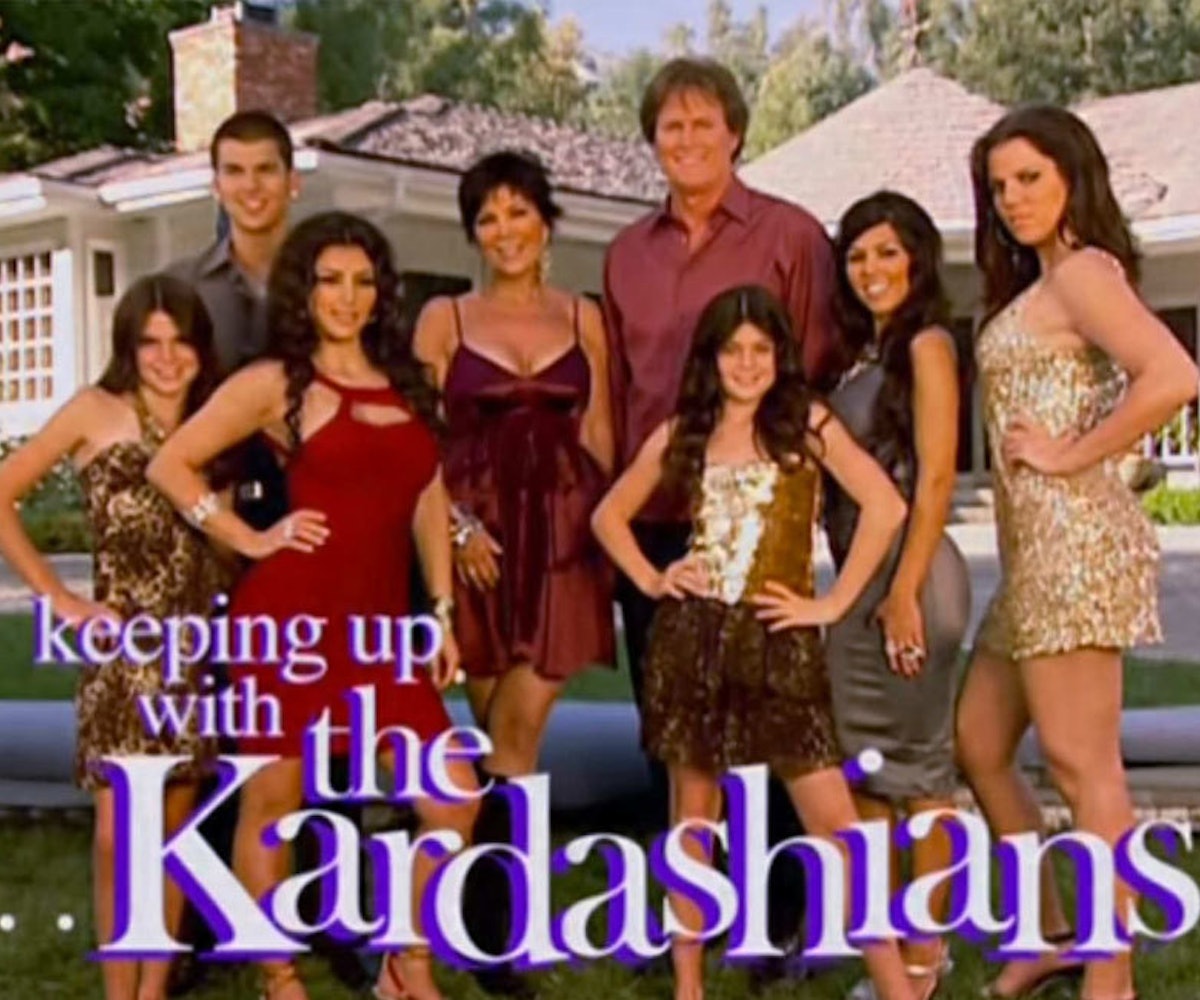 It's hard to imagine a world without them now, but the Kardashians were virtually unknown when the reality show that catapulted them to notoriety first aired 10 years ago. The most well-known of the bunch was Kim, and she was primarily in the public eye for having been a friend of Paris Hilton's and for an infamous sex tape. A decade later, though, and the Calabasas family has stretched their 15 minutes of fame into thousands of hours—and nobody should be more surprised than the the show's original critics.

Ahead, we take a look at what people were saying about Keeping Up with the Kardashians back when the “Hollywood version of The Brady Bunch” were merely reality TV show characters who hadn't yet infiltrated every part of the cultural consciousness. Those were the days!

In a piece titled “The All Too Easy Route To Stardom” published in the New York Times, Ginia Bellafante saw the family for the attention-seekers that they were—and continue to be. “Keeping Up With the Kardashians, is, as the title suggests, a window into a family — a family that seems to understand itself only in terms of its collective opportunism,” she writes. She goes on to compare the show to Gene Simmons’ Gene Simmons Family Jewels, but notes: “The Kardashian show is not about an eccentric family living conventionally; it is purely about some desperate women climbing to the margins of fame, and that feels a lot creepier."

Variety wasn’t buying what E! was selling, either. “Once you get past Kim’s prominently displayed assets, there’s not much of a show here, and no discernible premise,” wrote Brian Lowry. He does find some amusement in the show though, and that’s the to-camera interviews. “All the Kardashians (and Jenners) seem to recognize that this is their shot at being more than pin-up fodder and thus work extra hard to be engaging, but they often sound conspicuously as if they’re reading off cards. Badly.”

IGN focused on an episode that aired toward the end of season two. It finds Kim, Khloe, and Kourtney in New Orleans for Reggie Bush’s charity pool tournament. Were they there to actually lend a helping hand? What do you think? “Those of us who watch this show on a weekly basis want to believe that these whores of attention have souls and would actually do something for their fellow man and not reap the benefits of their service,” Laura Burrows rights. “But when the camera catches them winking at their own reflections and patting each other on the back after spending only a single day with a single family, we have to question their motivation.”

PopMatters rated the first season two stars out of 10 and predicted the rise of the reality TV star turned “celebrity.” The piece also goes on to articulate just why people are so drawn to the show (and continue to be to this day). “Part of the allure of this show, and indeed of the endless coverage of all of the ‘celebutants,’ is the fact that they seem to be living in an alternate universe from the rest of us,” the piece reads. “They are hardly ever seen working. These vain women are rather like modern day Marie Antoinettes, boozing and flitting away their days inside gilded cages oblivious to the outside world. I suppose they hold appeal for some much like cotton candy does.”

A Washington Post article popped up about a year after the first episode aired. The passing of time didn’t do the show any favors. In fact, when reviewing the first season, contributor Roxana Hadadi decided to compile a list of five of the most brain-numbing moments: “Though only eight episodes long, the collection firmly captures all of Kim and Co.’s dumbest instances from the series’ debut—from the simply self-absorbed to the downright despicable."