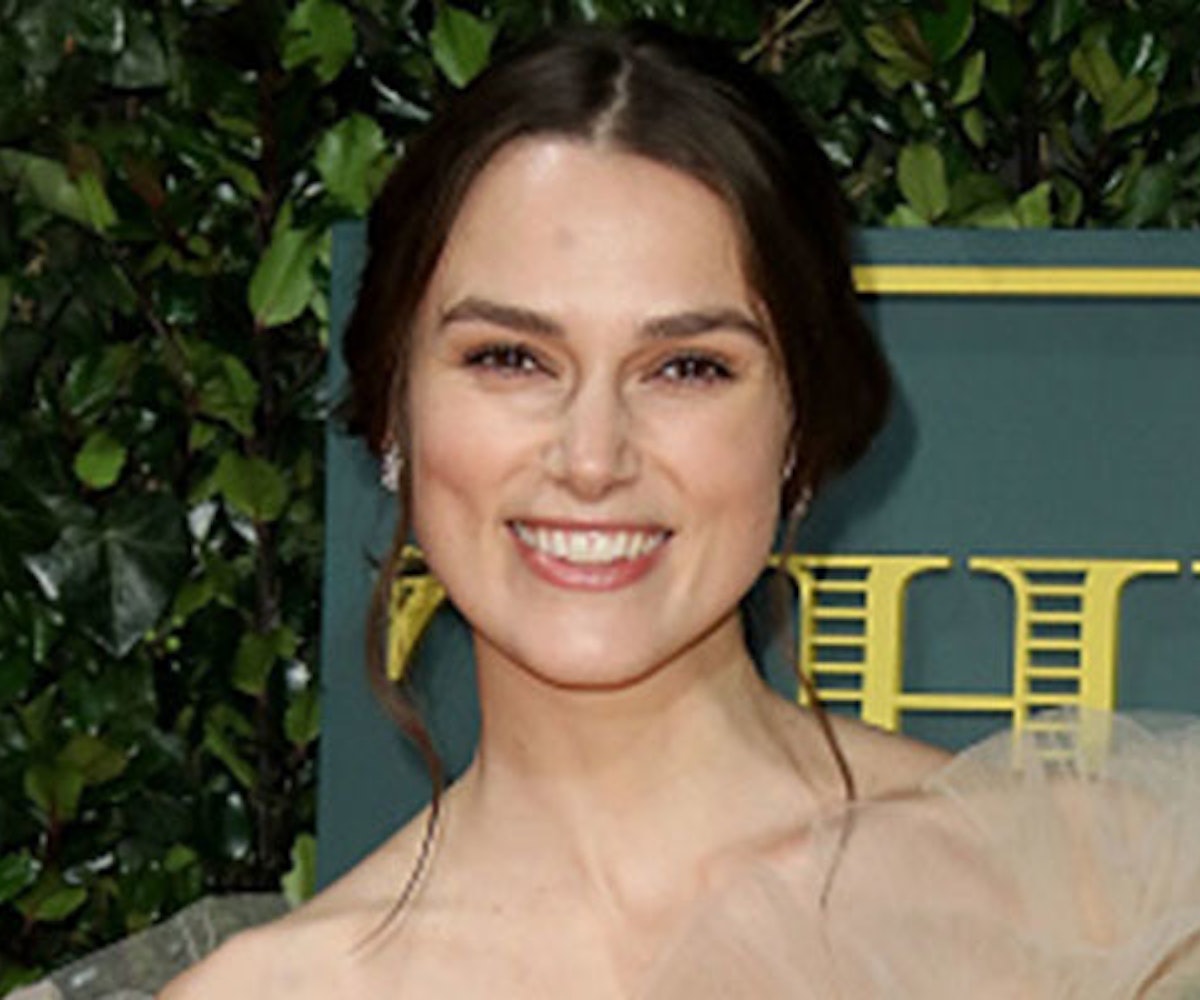 If you think of every popular show to come from HBO in the past few years—Westworld, Game of Thrones, Big Little Lies—there's one thing almost all of them have in common: rape. It's not a question of when or why or how, there will be a rape scene, and often a violent, long one. In Westworld, it's in the first 10 minutes. In Big Little Lies, it's almost every time Nicole Kidman comes onscreen. (I started to instinctively wince and put my hands over my eyes when she would enter the frame.) And it's not just TV—every year, there's usually a woman nominated in the Best Actress category at the Oscars whose character was raped. In 2016, it was Brie Larson in Room. In 2017, it was Isabelle Huppert in Elle. For some reason, male filmmakers seem to think the only way a woman can become stronger is by overcoming sexual violence.

It's because of TV and film's fascination, and frankly borderline obsession, with rape that actress Keira Knightley recently told Variety she didn't enjoy playing modern female characters. This also explains why you've seen her in so many corsets and powdered wigs.

"I don’t really do films set in the modern day because the female characters nearly always get raped," Knightley told the publication. "I always find something distasteful in the way women are portrayed, whereas I’ve always found very inspiring characters offered to me in historical pieces. There’s been some improvement. I’m suddenly being sent scripts with present-day women who aren’t raped in the first five pages and aren’t simply there to be the loving girlfriend or wife."

I've personally seen a ton of period pieces where women get raped, but Knightley seems to have avoided that material. In fact, some filmmakers have used historical pieces to justify the amount of rape.

Game of Thrones author George R. R. Martin told Entertainment Weekly that the story needed to have a lot of rape scenes or otherwise it wouldn't be "honest" to the times. "The Middle Ages were not a time of sexual egalitarianism," he said. "I wanted my books to be strongly grounded in history and show what medieval society was like." This is a narrative where dragons are some of the main characters, but sure, let's make the violence against women as realistic as possible.

Knightley added that "with the rise of Netflix and Amazon we’re seeing some strong female characters and female stories on streaming services." Actress Jessica Chastain also pointed out the prevalence of rape in film, in an interview with TIME in December. "I have a problem with filmmakers who use violence against women, and especially rape, to make a woman stronger—where the woman needs to be victimized in order to become a butterfly," she said. "I find that pattern in cinema really disturbing." She explained that the physical violence shown in her film Molly's Game isn't meant to be a "phoenix-rising moment," as many real-life assaults aren't.

Maybe it's time for male filmmakers to get a little bit more creative. There are plenty of obstacles women can overcome and plenty of things we can fight for, our bodily autonomy doesn't always have to be one of them.