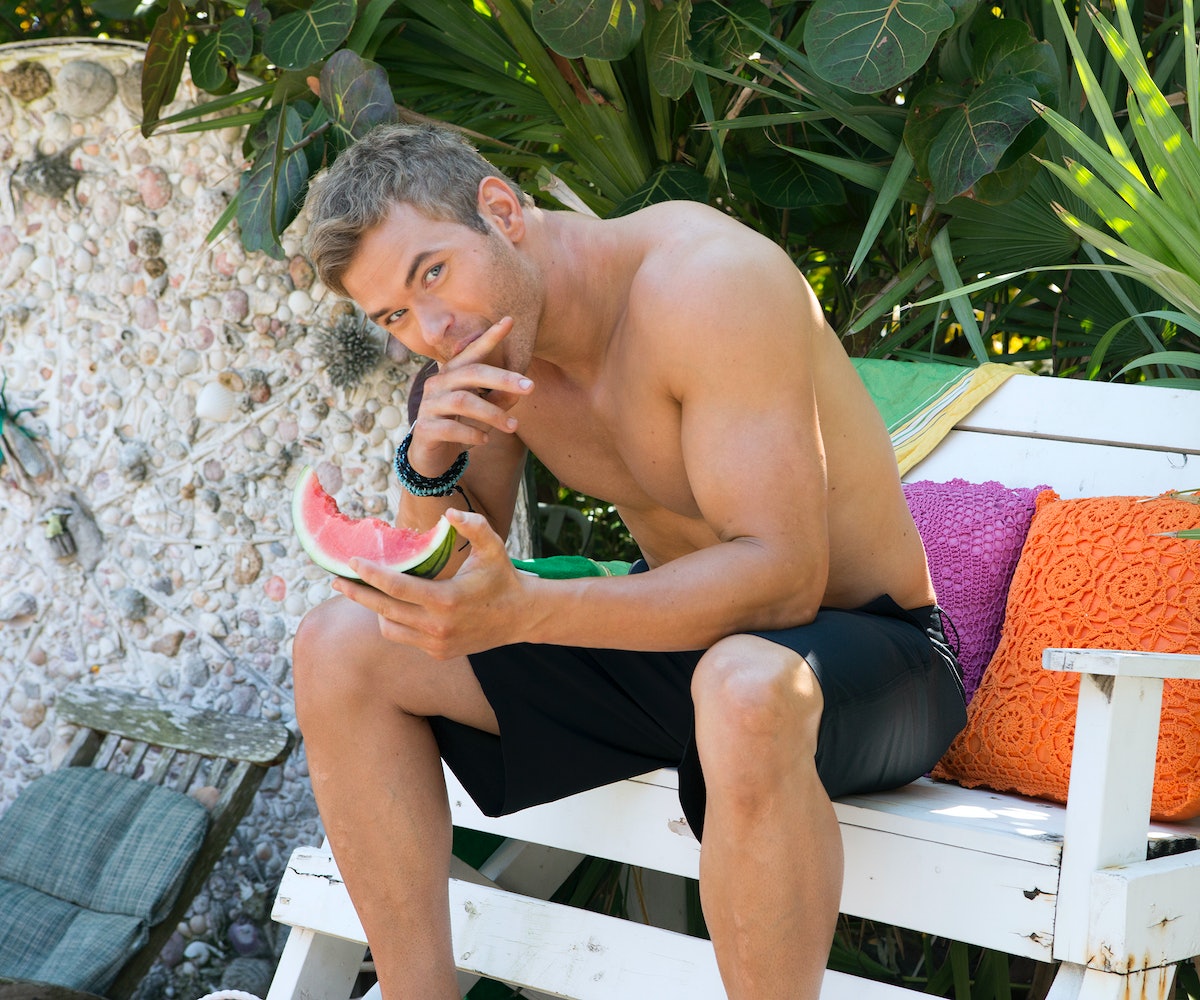 Kellan Lutz may be a North Dakota native, but the Twilight star is a total beach bum at heart. Wait, scratch that–definitely not a bum. This is a guy who has no fewer than eight movies coming up in the next 12 months, including title roles in both Hercules and Tarzan. When he's not doubling up on action hero flicks, you can find him showing off Op's board shorts and classic tees collection (not to mention, his biceps) alongside Katrina Bowden in the label's new ad campaign. We stopped by the launch this week to quiz Kellan on Kanye, the royal baby, and our new favorite animal, the zonkey.

THE NEWS: “Kanye West's Collection For APC Sells Out Immediately“

KELLAN'S TAKE: “This is genius. I mean, I have a clothing line, and I wish I were able to sell plain T-shirts and hoodies for hundreds of dollars. I don't know what his marketing ploy is, but it just shows that Kanye is a really good salesman. If it's an exclusive look, or even if it's not–that's what's so crazy about our culture– a brand is a brand, and it's worth as much as you sell it for.”

THE NEWS: “The Royal Baby Was Born”“

KELLAN'S TAKE: “Alright, which royal baby are we talking about? Kanye's or Prince William's? Just kidding. I was actually over there in London recently, and you see all the people hanging out and waiting for the pregnancy to happen. It's not part of our culture, but for them, it's cool. It's cool to have something so historically standing.”

KELLAN'S TAKE: “I think we serve too big of portions, anyway. A lot of the time it just goes to waste, or you eat it all and feel sick after. I think if they were to limit it, nobody would notice.”

KELLAN'S TAKE: “Wait, that's so precious. Is it real? My question is, is it scientifically altered or did they just make it organically? So many questions about this. I mean, I love liger–I'd want a liger, so I'd definitely love one of these guys.”