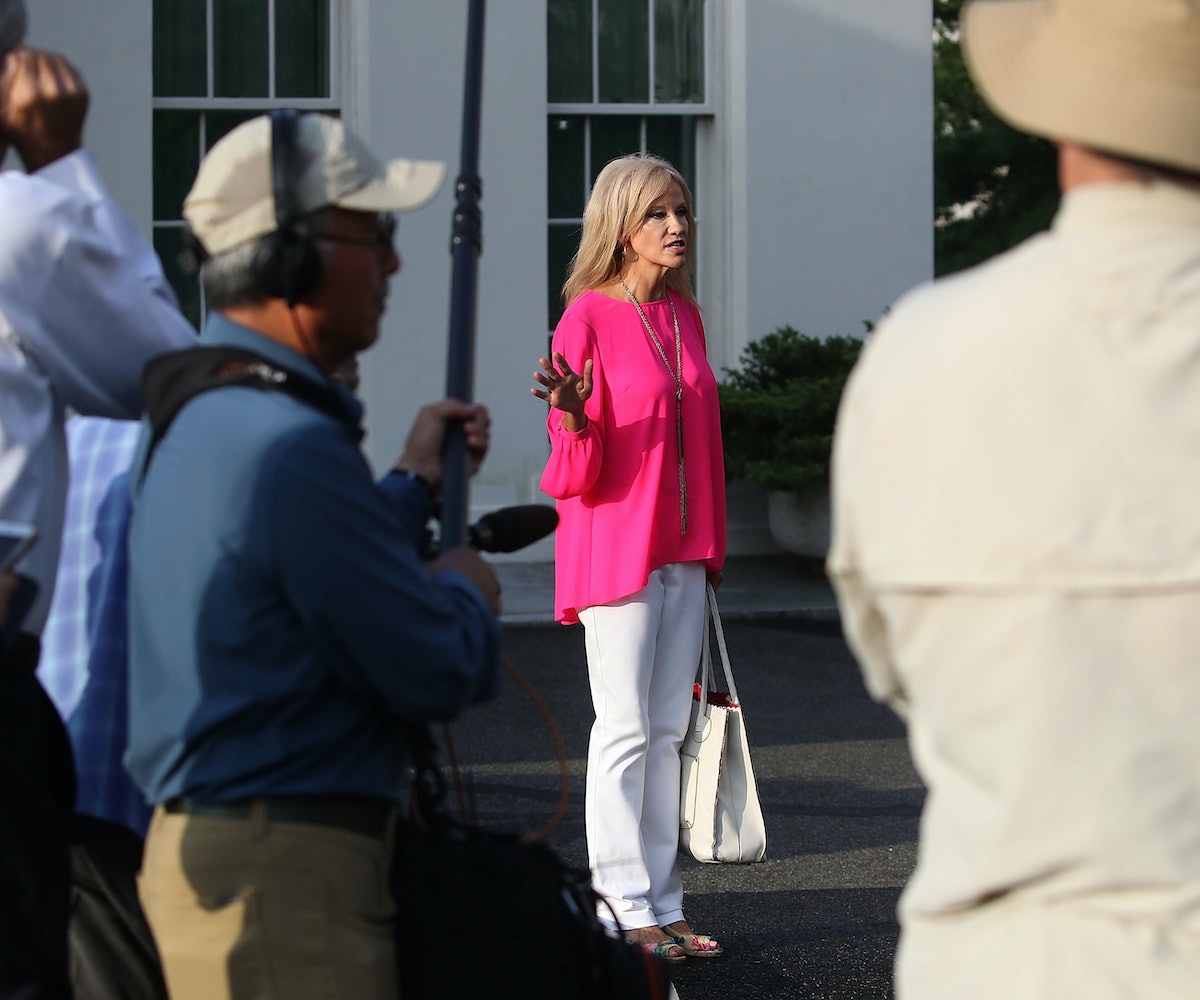 Either Kellyanne Conway is trying to emulate her favorite Mean Girls character when talking to reporters, or she's really just as obnoxious as Regina George. In her latest attempt to dodge questions asked of her by the White House press corps, Conway gave a very Regina response to a line of questions. And she even did it while wearing a hot pink ensemble.

“Why is everyone so obsessed with the President of the United States that they can’t even begin or finish a sentence without mentioning his name five times. It’s kind of weird,” Conway said in a video posted to Twitter by CSPAN. Though the question seemed redundant since it was said to people whose job it is to report on the White House, Conway still seemed to want an answer.

Twitter user Rachel Vail points out that “asking the White House Press Corps why they keep talking about the president is like asking ESPN why they are so obsessed with sports.”