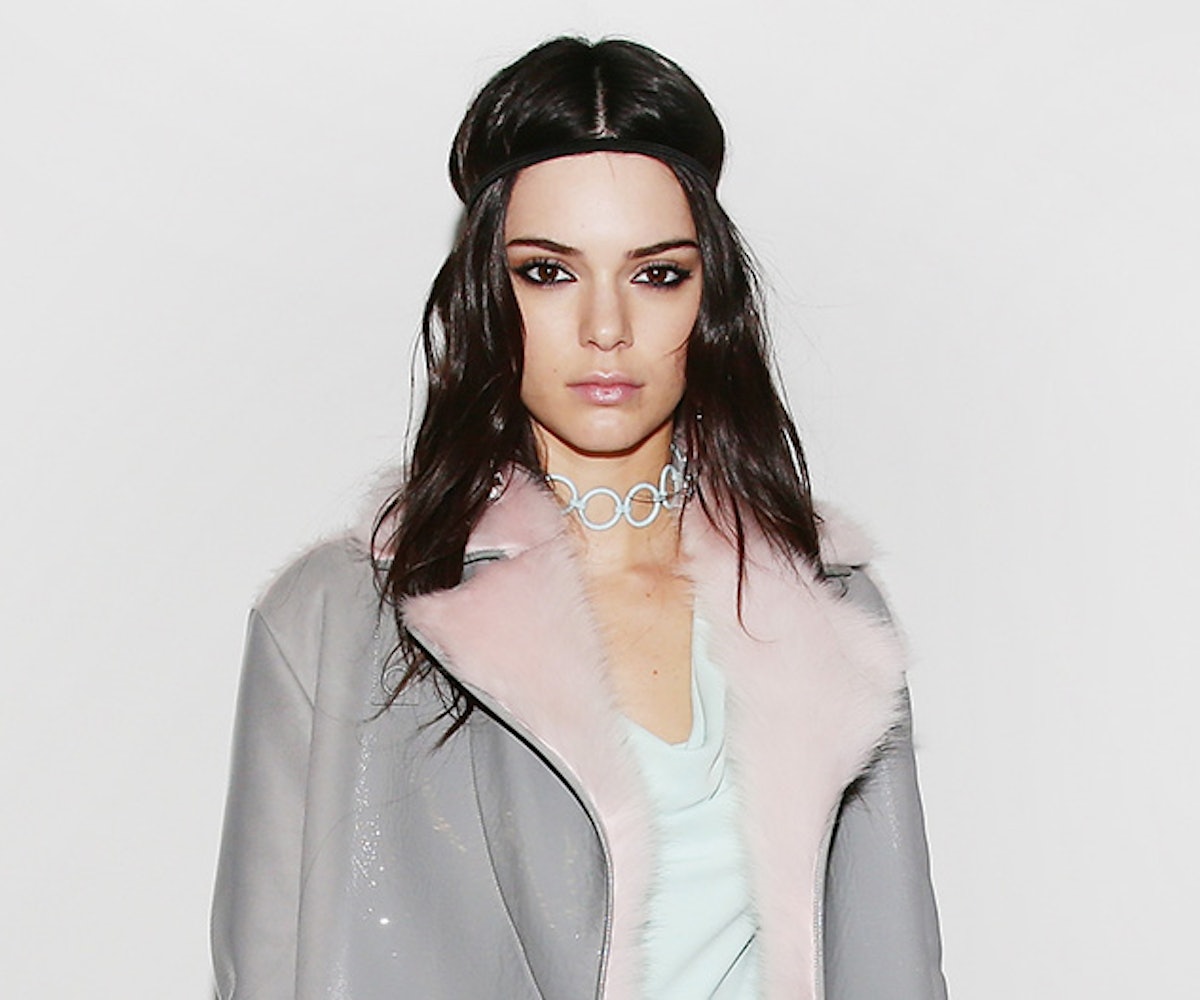 Ah, Paris. The city of light, love, and ch-ch-changes. They say the city brings out a new side of those who visit it; a side you may have felt the urge to explore, but couldn't find the right setting for. One year ago, this very week, Kim Kardashian West explored her peroxide-self in Paris. Now, it would seem her stepsister, Kendall Jenner, has felt the allure of a chemical romance.

Jenner was snapped backstage and on the runway for Balmain's Fall Winter 2016 collection. Her hair was, as you can see below, very blonde. French Vogue reports that "Kendall Jenner became platinum blonde," however it could very well be a wig. Kim Kardashian West, again, donned an icy-grey wig for Kanye West's Yeezy Season 3 presentation, which featured exclusive designs made for the family by Olivier Rousteing, Balmain's designer. Regardless of whether Kendall is wearing a wig or not, the look is definitely, very snatched. It's cooler than cool. It's ice-cold, some might say.

And Kendall, if you’re ever looking for tips on how to maintain the ashy hue, we've got you covered. Bonne chance! Viva la blonde!