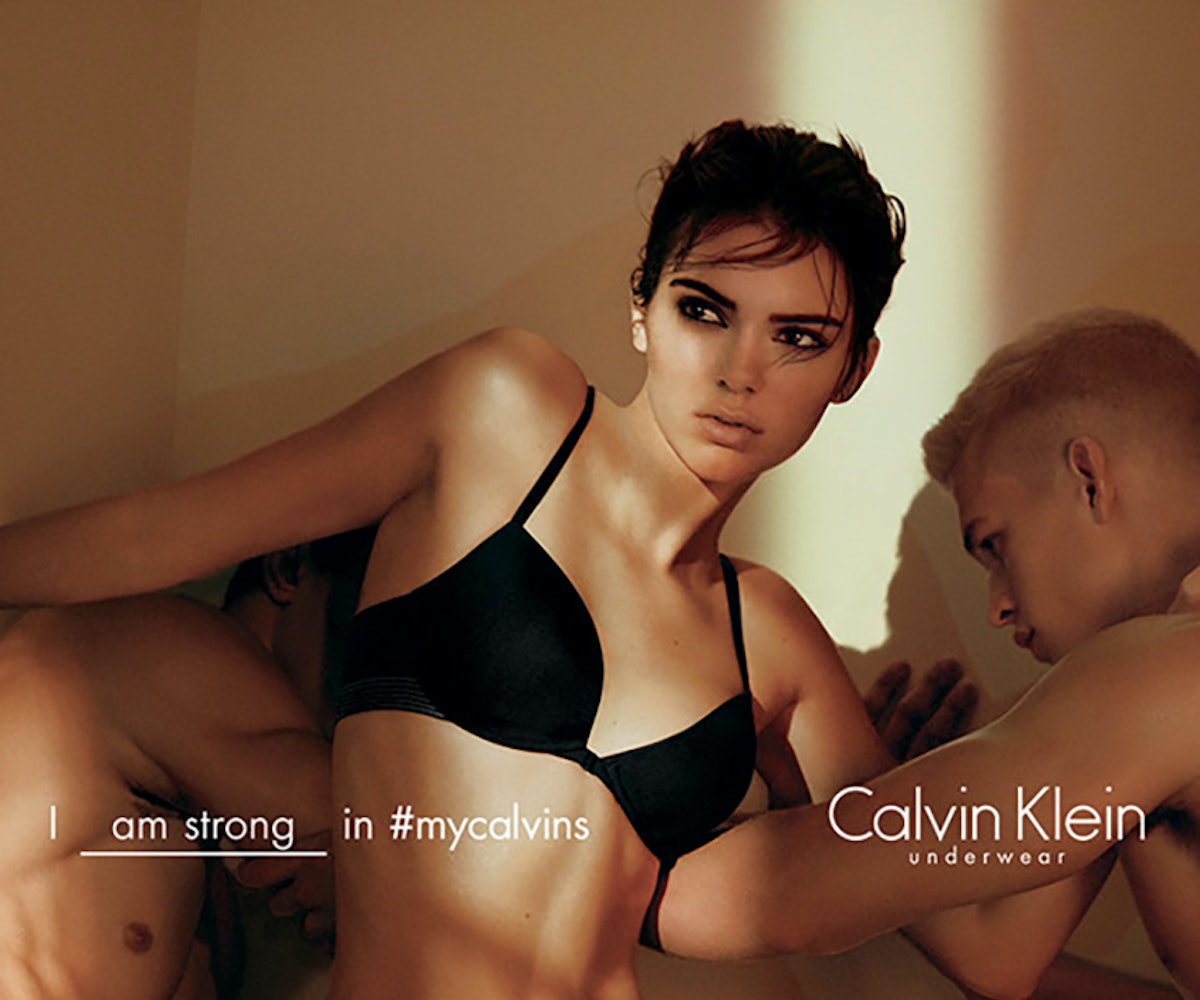 Just a month after Calvin Klein Underwear unveiled its new #mycalvins campaign, Kendall Jenner returns to star in it. The new ads boast some racy shots of the model post workout.

The new campaign shot by David Sims, features Jenner, alongside model Mitchell Slaggert and martial artist Julian Schneyder, showing off some serious skin (and seriously toned abs, nonetheless) wearing all-black performance bras and briefs. With tousled hair and slick skin, the ads suggest that the model has just completed a workout with taglines such as “I am strong” and “I am powerful” in #mycalvins. While this may not be her first appearance in a Calvin Klein shoot, this certainly is her most risqué one.

The #mycalvins campaign has also featured the likes of Justin Bieber and FKA Twigs, among others.

Click through the gallery to see more from the campaign, and check out the video below.