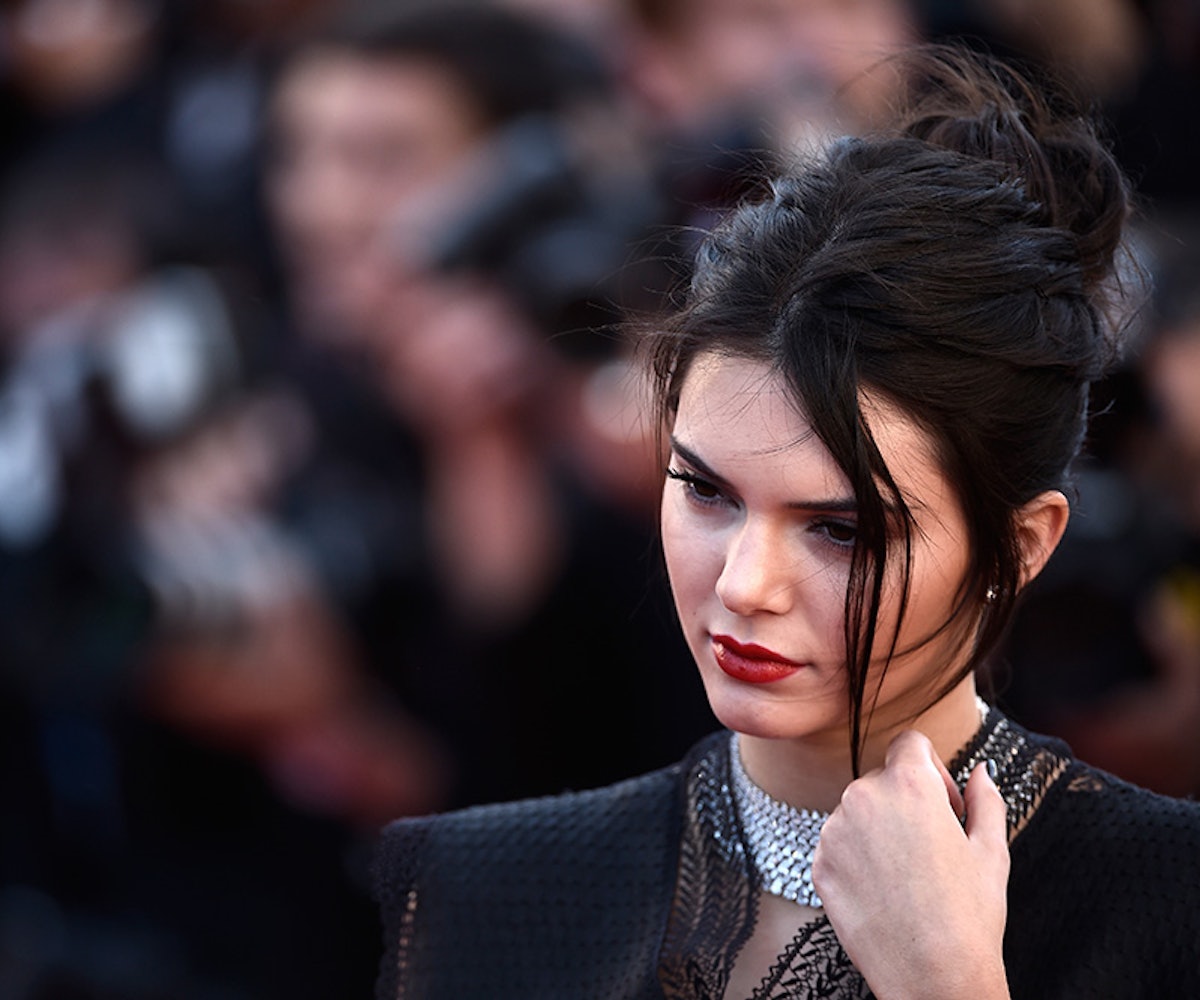 According to some of our Facebook commenters, it wouldn't be a day without a Kardashian/Jenner story. Even though we are not, as some believe, on the Kardashian payroll, we are happy to oblige. So, without further ado:

Once upon a time, there was a 19-year-old named Kendall Jenner. Hailing from social media's most beloved (and, yes, despised) family, she fought her way to supermodel stardom and one day found herself in the French Riviera. In between casual yacht rides and catching up with Cara Delevingne, she decided to go see a movie. And so, she twirled her way to the theater, which just so happened to be paved with a scarlet carpet, in a crop-top-and-skirt combination.

Paparazzi flocked to her, professing their admiration. "She's beauty, she's grace," they thought.

"It's an Alaïa," she said wordlessly.

What happens when your Bratz doll becomes corrupted by Morticia Addams.

Diamonds in the front, party in the back.

Alaïa is even better in the wind