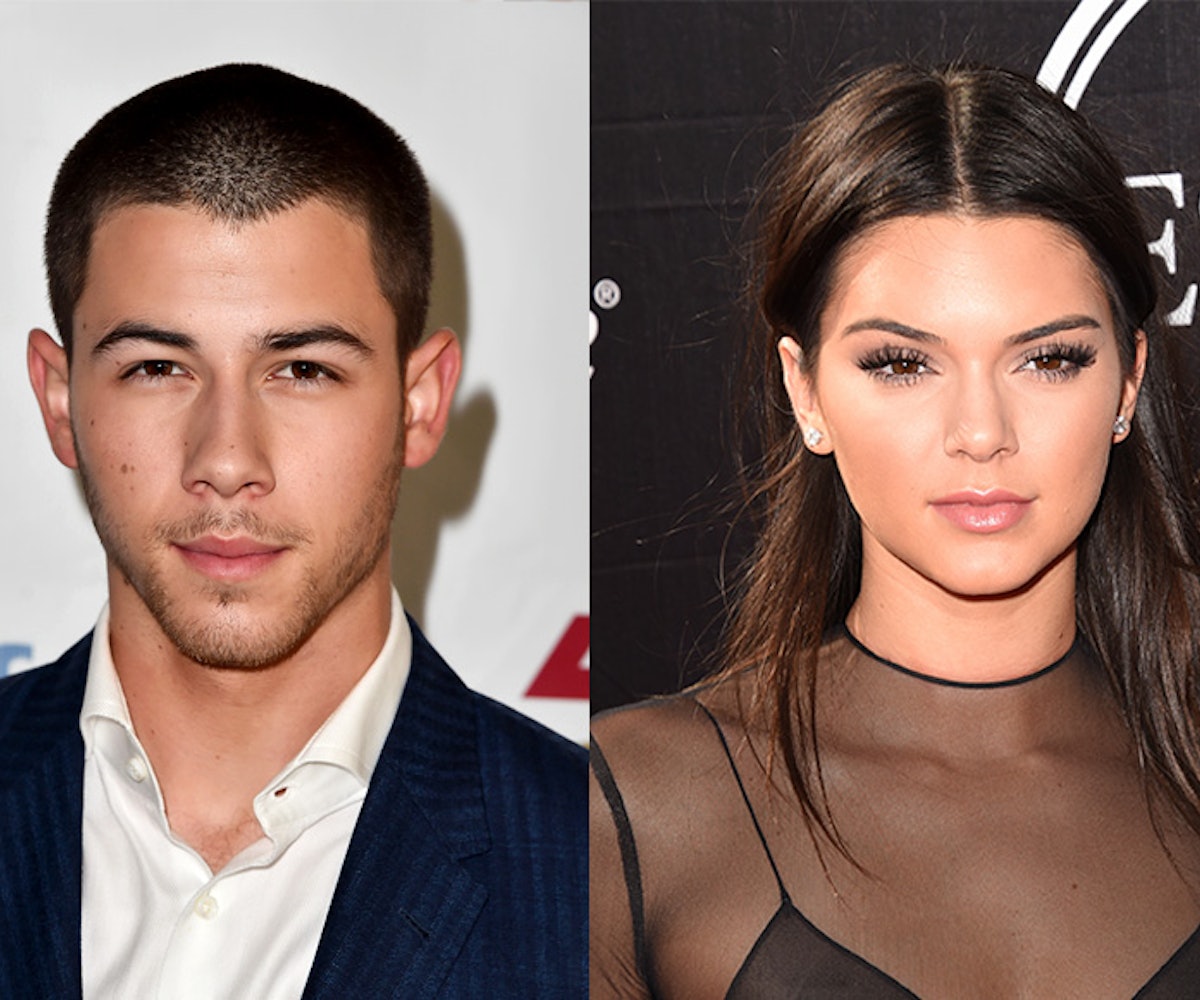 We're halfway through the week and, according to the rules of the Internet, it's about time for another celebrity dating rumor. And so, the web is abuzz with the news that Nick Jonas and Kendall Jenner may be dating.

Supposedly, the two were set up by Jenner's model BFF Gigi Hadid and Jonas' brother, Joe (you guessed it). Hadid reintroduced the two because, according to Us Weekly's source, “Gigi wants Kendall around all the time. She thinks it would be fun for all of them to hang out.” And, as anybody knows, the only way to have your friend around all the time is if they start dating your boyfriend's brother. I think it's, like, written in the rules of feminism. Besides, "they had a flirty chemistry from the start,” and are texting all the time (says another unnamed source).

“When they're ready and it turns official, we’ll start seeing photos,” says, again, the source. Until then, we'll just have to sit back and remember that it's all speculation. After all, it's just another Wednesday.