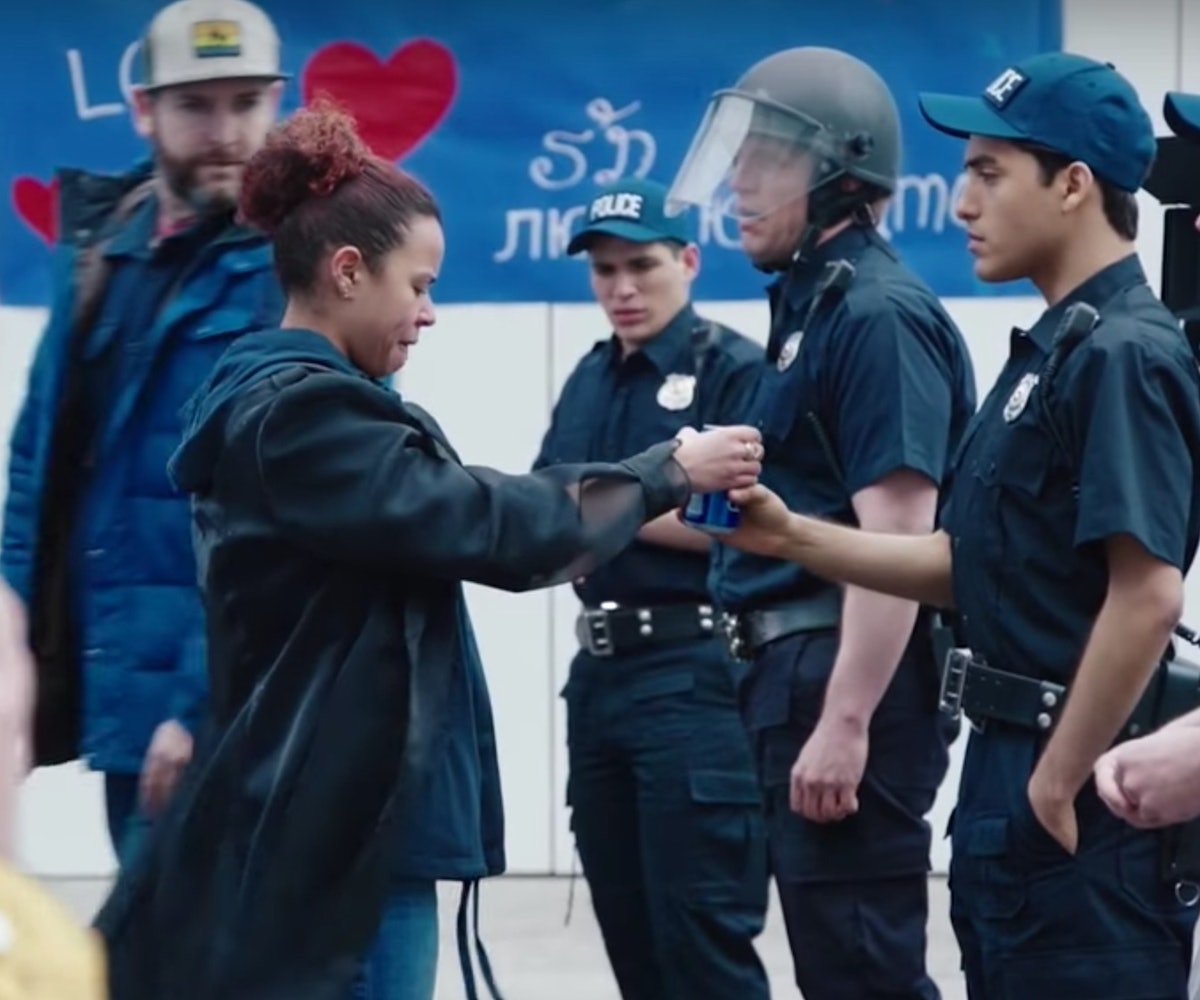 We're going to go out on a limb and say you've already seen the controversial Pepsi ad starring Kendall Jenner; you know, the one where Kendall brings peace to a protest by handing the police a can of Pepsi. We're going to go out on another limb and say after you saw said ad you were left with a well of confusion—who gave the okay to this? What were they thinking? How did no one catch how tone deaf it was? Well Saturday Night Live obviously had those questions too and answered them last night in the most hilarious way.

In the sketch, Beck Bennett plays the writer and director of said Pepsi commercial who is incredibly excited about the concept he dreamt up and is about to shoot. Right before they're set to film, his sister calls. He explains his vision to her over the phone saying: "It's an homage to the resistance, and so there's this huge protest in the street; Black Lives Matter. And so everybody is marching, right? And they can see these police officers and they think it's gonna go bad because it's kind of like a standoff. And then, Kendall Jenner walks in, and she walks right up to one of the police officers, and she hands him a Pepsi. And then that Pepsi brings everybody together. Isn't that, like, the best ad ever?" His long silence and falling facial expression let us guess just what his sister is saying on the other end of the line. He eventually says, "I think maybe you just don't get it. Is Doug there?" After a similar conversation with Doug, he says, "Hey man, could you put a neighbor on the phone? A black one?"

The sketch is kind of perfect for a whole lot of reasons, most notably because it points out how absolutely ludicrous this ad really is (just try and imagine the pitch meeting). Also, we don't know who was in the conversations that gave the green light to this commercial, but this whole debacle (and the absurdity of the phone calls in this SNL sketch) show how absolutely vital it is to have people of all types in on these meetings. The more points of view you have in the early stages of decision-making, the less likely you are to step on a landmine like this one. Pepsi eventually pulled the ad saying, "clearly we missed the mark."

At the end of the SNL sketch Beck Bennett asks the neighbor on the other end of the line, "What would you do if you were in my situation?" A pause ensues. "Just run to my car? Okay." It probably wasn't bad advice.