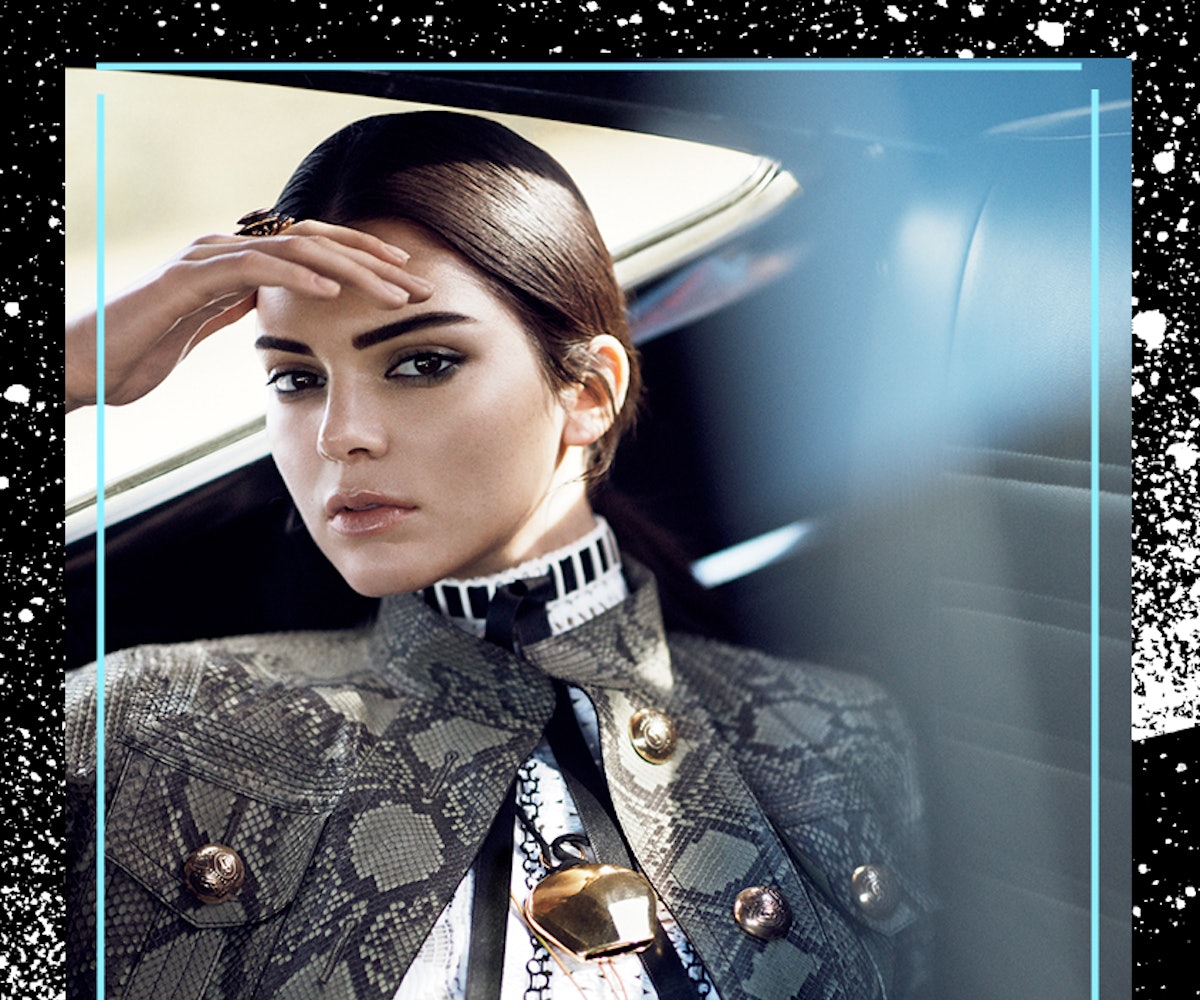 Set in various desert-like locations, there's a vibe to the photo series that gives Kendall a sheriff-from-the-future vibe. Also, can we talk about her eyebrows for a second? Just, wow. (Some might say they are "on fleek.")

Worth noting: Her layering game is seriously on-point here. Some important takeaways include the idea to throw a crop top over a turtleneck, and the fact that mixing leather, suede, and snakeskin looks really fierce. We also support mixing substitute materials like pleather and faux snakeskin, which is a kind gesture to our animal friends and also much more affordable.

Click through for a preview of the story and then head on over to Vogue.com to see the full shoot.  (via Vogue.com)