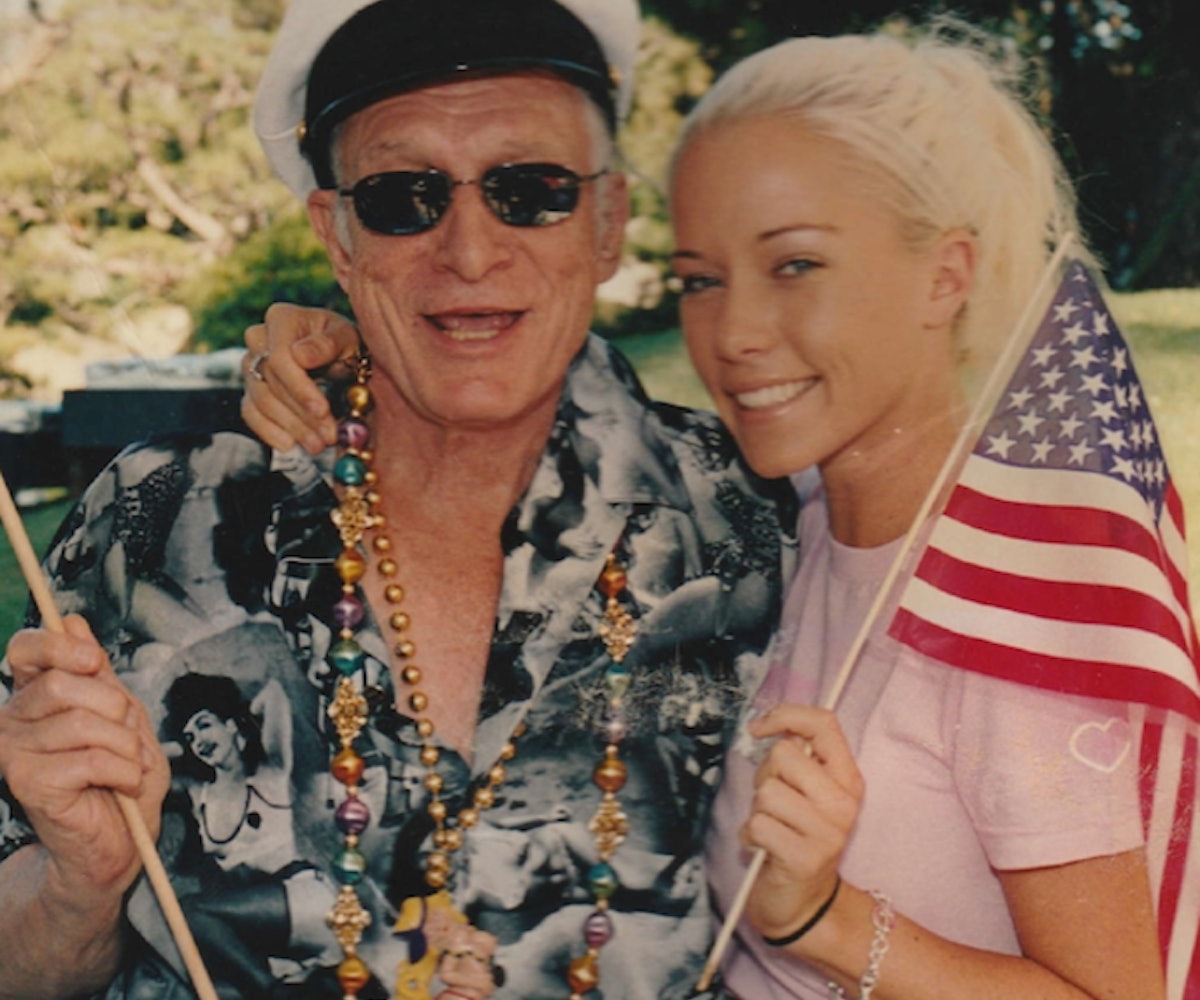 Three days after Hugh Hefner's death and celebrities and regular folk alike are still trying to parse out the man's complicated legacy. And while opinions are as polarized as our current national discourse, it's hardly a surprise—the man has been a divisive figure since Day 1. And while many of Hefner's closest friends and companions have expressed their love and admiration for him, ex-girlfriend and former The Girls Next Door star Kendra Wilkinson opened up on Twitter and gave a kind of eulogy for the man she knew and adored.

In a long string of tweets, Wilkinson thanked fans who shared positive thoughts about Hefner as well as those who have written positive stories about his death. After sharing a picture of the two together at Wilkinson's wedding to Philadelphia Eagles wide receiver Hank Baskett, she went on to share a glimpse of what it was really like to be with Hefner, without the cameras rolling. She explained:

As for the haters? Wilkinson doesn't mince words, saying, "I don't give a fuck what anyone thinks, says. Don't care about other perspectives. I see n know what I do. Fuck the rest." She also went on to say that "Marilyn Monroe should be honored" to have Hefner buried next to her. Although the two stars never actually met (though once spoke by phone), Monroe is credited with launching Hefner's career by agreeing to let him use two previously-taken photos of her—one nude and one clothed—in the inaugural issue of Playboy. Although Monroe died before Playboy came into its own, Wilkinson's statement is a somewhat controversial one, as Monroe had a complicated relationship with her own fame, to say the least, and many have argued she was a victim of modern consumer and media culture—which Hefner later came to play an enormous role in.

Wilkinson, however, thinks there's a reason "millions of women LOVED Hef." To her, it's because he was "fucking mensch," a Yiddish word meaning "a person of integrity and honor." And, while many strong and valid arguments against her sentiment have and will continue to be expressed, it's undeniable that the man behind the bunny ears had a profound impact, for better or for worse, on our culture today. And as heated arguments and passionate screeds about Hefner's legacy continue to pour out and tomes will likely be written trying to untangle the man's complicated legacy, we can't help but feel that this is exactly the way the man wanted to be remembered—as someone as complex and provocative in death as he was in life.