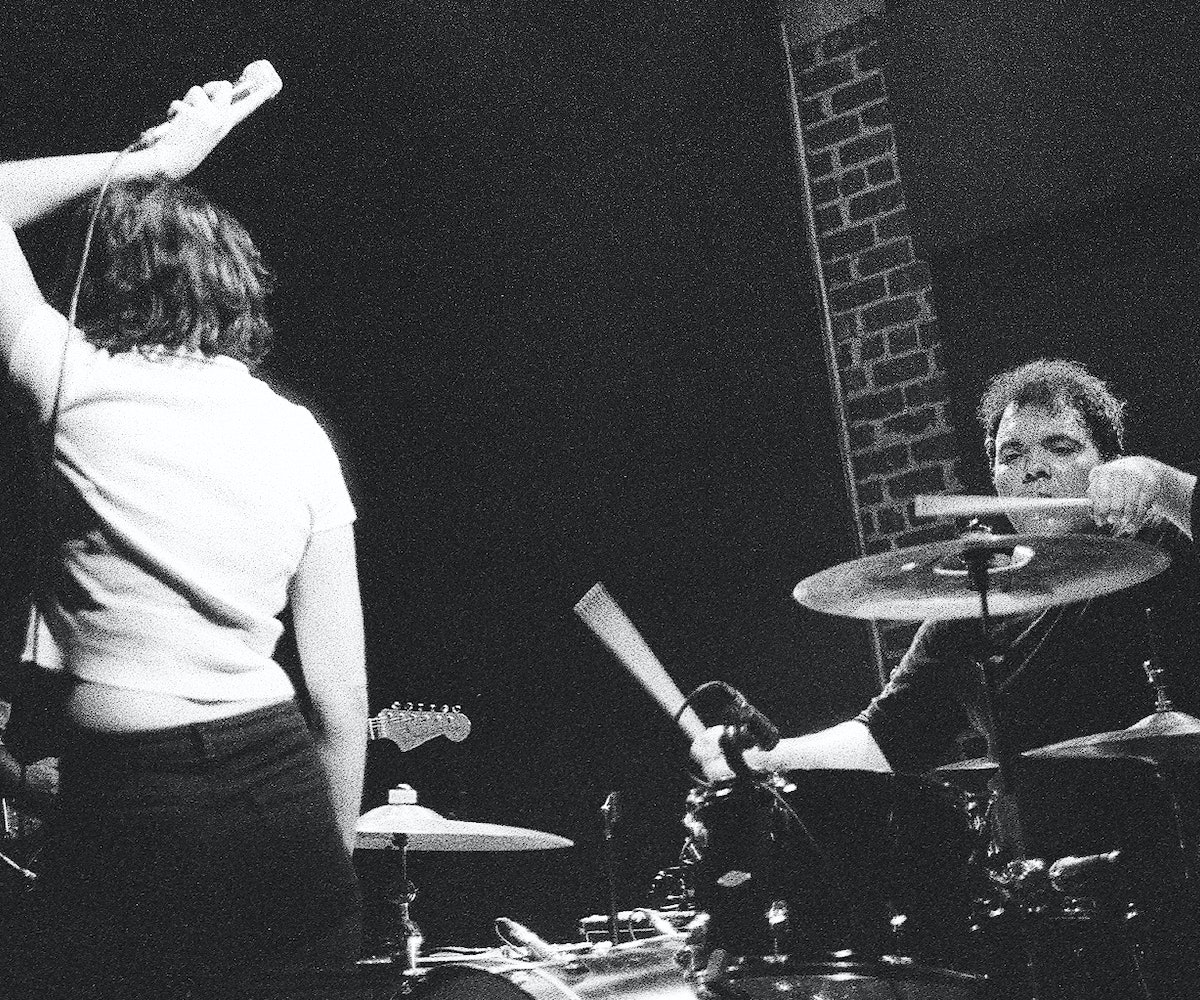 It's not often that anyone passionately puts their stamp of approval on a band before their first song is released. It's even rarer to grab a glowing quote from a rock legend before the first track reaches the public. But Kills Birds has nabbed just that, making their debut track mandatory listening.

Admittedly, Kill Birds' song "Worthy Girl" caught my attention even before I knew Kim Gordon thought it was "hot as fuck," but Gordon's stamp of approval definitely left me feeling validated. And I'm not the only one excited: Kill Birds' producer Justin Raisen, who also works with Gordon, was excited to get such a big reaction, saying, "She just fucking loves it and gave me permission to say she does. It's not often I show her new material and she reacts in this way." Raisen himself had been quickly drawn to the band's music when he saw them open for singer-songwriter Lawrence Rothman. "The moment I heard their music, I was like a magnet to the stage's front," he said.

Kills Birds started as a secret project between Nina Ljeti and Jacob Loeb, who initially had absolutely no plans of releasing music. Eventually, though, they added bassist Fielder Thomas and drummer Bosh Rothman, started performing live, and created the lineup—and sound—you can hear today.

Does that all sound like it came together really quickly? It did. Their forthcoming album was recorded start to finish—and completely live—in under eight hours. "Worthy Girl" itself took up less than 60 minutes of their time. "I had written these disjointed lyrics that had no sense of timing or structure," Ljeti said. "When Jack and I got together, we decided to write music that fit the rhythm of the lyrics, instead of the other way around. It was really exciting when it worked. I think Justin’s recording especially captures the excited chaos of the song." As for the inspiration behind the content, Ljeti explained, "The song itself is about feeling inadequate as a woman. And getting beat up and choked by yourself."

Loeb spoke to the excitement that comes from playing this particular track live, saying, "It's such a chaotic, unintuitive piece of music, you never get used to playing or hearing it, and it never seems to unfold exactly the same way, but somehow it just works out."

Get lost in the chaos of "Worthy Girl" as it premieres exclusively with NYLON, below.