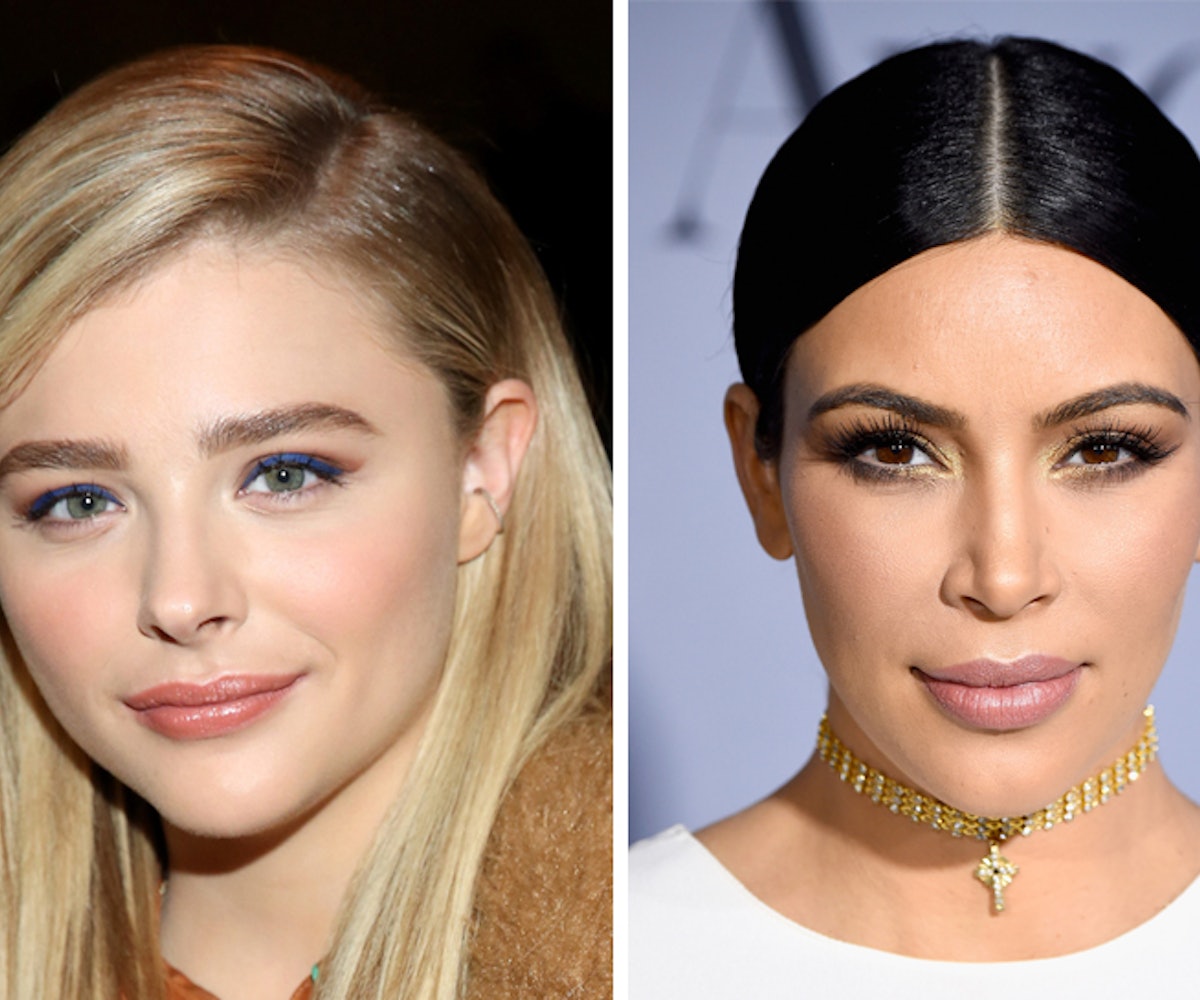 I woke up this morning on the receiving end of a tweet from the most followed and famous of her kin, Mrs. Kim Kardashian West, who curtly "clapped back" at the three loudest voices, Bette Midler, Piers Morgan, and Chloë Grace Moretz, who all tweeted yesterday about

. You see, when Kim Kardashian posts a nude selfie, it literally becomes a Facebook trending topic, something that everyone—and I mean that in a very literal way—talks about, spilling hundreds of virtual pages of e-ink.

But, the reason we got involved—which, is obviously quite exciting—is because Kim

, in which the young actress is gorgeously, dramatically styled wearing what appears to be little clothes on.

"SCREAMING," our assistant editor Yasmeen Gharnit said, who has grown from being warily suspicious of the Kardashian machine to

someone who is drawn to it, like a silvery haired moth to a celluloid flame

Chloë Grace Moretz, herself a thoughtful, evolving actress, pointed out that Kim Kardashian should use her immense, trending topic-enabled platform to, "Realize how important setting goals are for young women, teaching them we have so much more to offer than our bodies." She immediately followed up: "There's a huge difference in respecting the platform that you're given as a celebrity and 'slut shaming' something I never have done and would never do."

However, on our group thread this morning as we circulated Kim's tweet, Yasmeen disagreed. "But it is kind of slut-shamey."

It is not hard to see Chloë's point, her frustration bubbling up from being an actress coming of age during the reign of Instagram, with retouching, sexist casting calls, and media who both side-eyes weight gain while simultaneously running with click-bait headlines talking about how "So-and-so's response to body-shamers is

." It's not hard for Chloë, like many girls in America, to fire up their apps and see the sculpted, impeccably crafted Kardashian family, and feel a sense of self-doubt. These feelings are valid, real, and often insidious—especially today on International Women's Day, where us women get a

. Chloë's tweets come from a place of hopefulness and are imbued with a sense of burgeoning feminism, and that's okay. Mostly.

), who have commodified their bodies, and have never, ever apologized for it. (Within their heavily contoured sheen, however—and this may be the secret to their success and allure—each Kardashian/Jenner reminds you exactly how human they are, and how flawed their feelings may be.) Hell, Kim Kardashian has led with her ass first and never looked back, and you know... that's also okay.

And it's deeply rooted in a puritanical hand-wringing, that anxiety over the sexuality of women, over what happens when (to draw on iconic symbology) the mother is also the "whore"—or, to put it simply, a woman who refused to relinquish her sexuality. It's that type of concern that seeps into tweets like Chloë's, that creates a strong divide between "brains" and "butts," and suggests that they exist on the opposite side of a dichotomy, instead of wherever intellect and sexuality land on the entire spectrum of the things that make up a woman. Or, when a woman presents herself as nude, it's cool as long as she does that in a sanctioned, mediated location—like, say, on the cover of

This conversation is not without important historical context. Almost every wave of feminism grapples with issues of sex: The aptly named

that happened in the '70s and '80s echoed a very similar sentiment, when people like Andrea Dworkin attacked pornography for being harmful to women, while those who disagreed with her, accused her of a kind of puritanical, anti-sex censorship. If Kardashian West is pro-sex, it's easy to draw a parallel between the tone of Chloë's tweet and the anti-porn movement of the second wave.

The thing is, on its face, Chloë's tweet is not outwardly "slut-shamey," in the sense of Amber Rose explaining to men that women

or, in a more extreme example, a world in which a rape victim has the burden to prove she

agree to have sex instead of a perpetrator needing to prove that a woman said yes. It's not slut-shamey, in the sense that Chloë Grace Moretz is asking Kim Kardashian West to put her clothes back on and get back in the kitchen. But it does engage in some sort of respectability politics, a suggestion that it's good for women when successful gals keep their clothes on. And, one doesn't get to pick and choose when and how they want to support what women do with their bodies.

Surely in this age of fourth-wave feminism—which is, above all else, about radical inclusivity—we've moved beyond calling each other out for choosing to put our own bodies on display. Yet, accountability is also an important part of this fourth iteration: Do we respect another woman's agency to do what she wants with her body, or should we be calling each other out for behavior that we find less-than-feminist? Unfortunately, this conversation can't be settled over a group text message at 7am. But, perhaps it is a start.