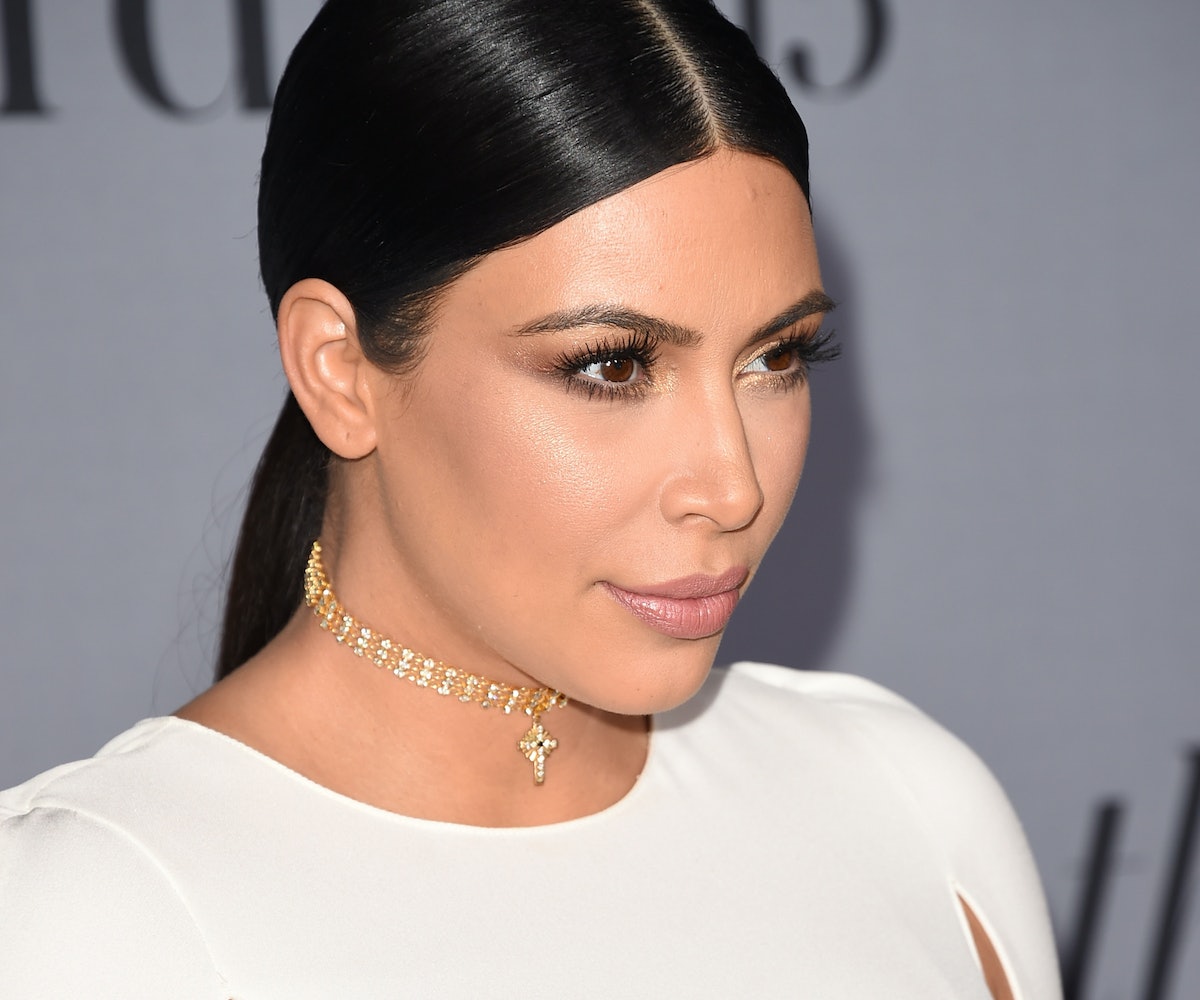 It looks like Kanye West's case of rant-itis is highly contagious. On the heel's of one of her husband's now ubiquitous Twitter tirades, Kim Kardashian unleashed one of her own Tuesday, calling out The Daily Mail for a headline that she perceived as wildly inaccurate. Since giving birth to her second child Saint in December, Kim has for the most part avoided the spotlight.

She's set to make her long-awaited return to the public eye this week, when she attends Kanye's Yeezy Season 3 show at Madison Square Garden, which The Daily Mail called her emergence from a "self-imposed diet exile."

Not so fast. Kim, a self-confessed reader of the U.K. tabloid, did not hesitate to call them out for their questionable choice of words.

Kim followed that up with a lovely nod to her husband's notorious online explosions:

And in the end, it looks like The Daily Mail heard Kim roar, and changed their headline.