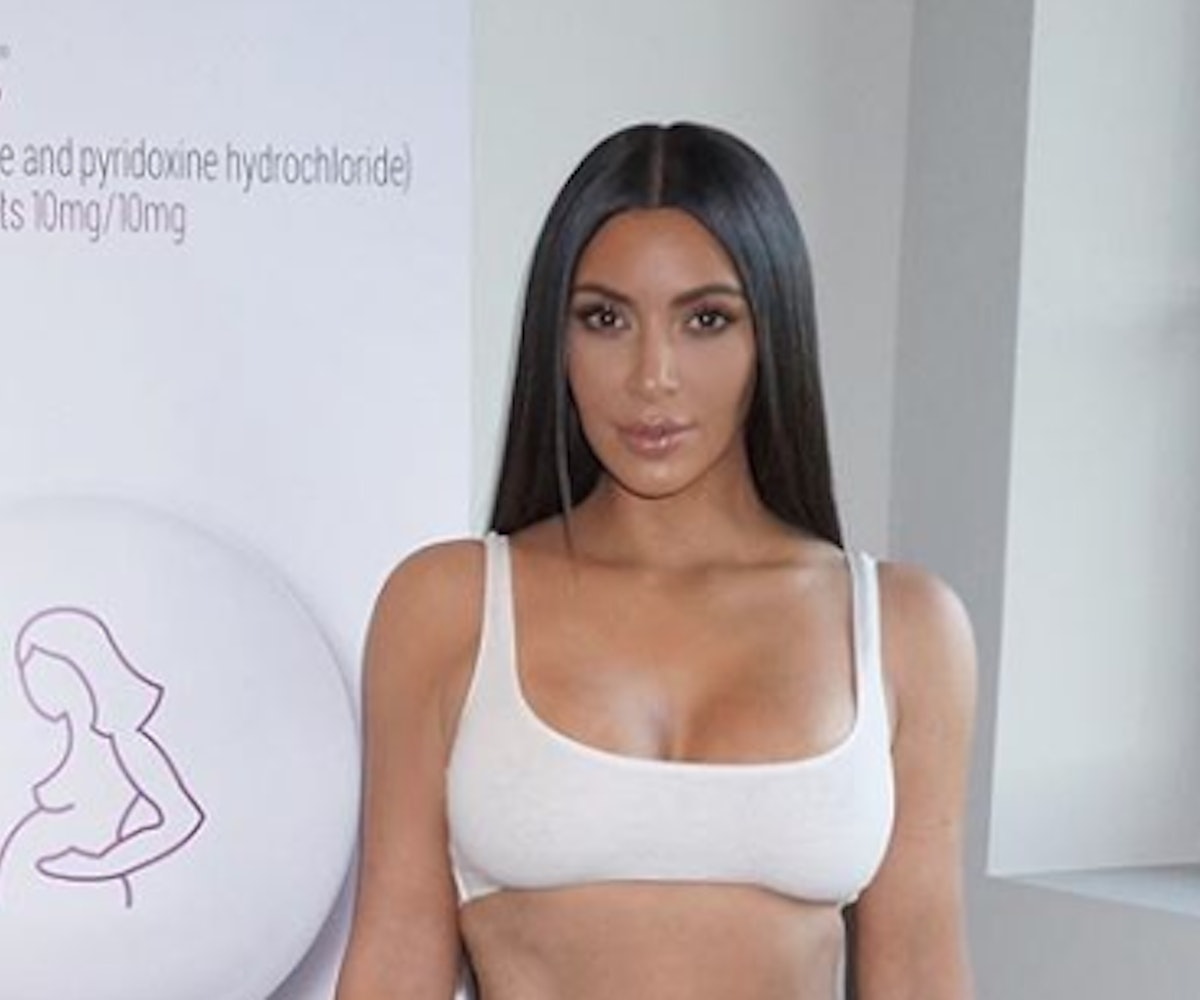 Kim Kardashian's sponsored social media posts can't seem to stay out of hot water. A recently released business contract between Kardashian and pharmaceutical company Duchesnay USA shows that she received $500,000 to promote Diclegis, a morning sickness pill, on her Instagram feed in 2014.

Back then, Kardashian's post was negatively received by her followers, with many calling her out for failing to mention that the pill had been previously pulled from the market and rebranded after, reportedly, causing birth defects. She also did not include the pill’s potential side effects in her first post, which she eventually had to delete and replace with a more informative caption. Despite the backlash, it has been reported that Diclegis got a 21 percent sales boost after Kardashian promoted it.

And it seems like Kardashian wasn't fazed by the negativity either. Kardashian continues to promote the company on her social media (with lengthy captions laying out safety information on the product), with the latest post dating to just 11 months ago.

And it doesn't stop at Diclegis. Earlier this year, she also promoted another morning sickness pill, Bonjesta (whose parent company is Duchesnay USA), as well as appetite-suppressing lollipops, both sponsored posts that she received criticism for. All to say, it might be time for Kardashian to rethink her brand deals.