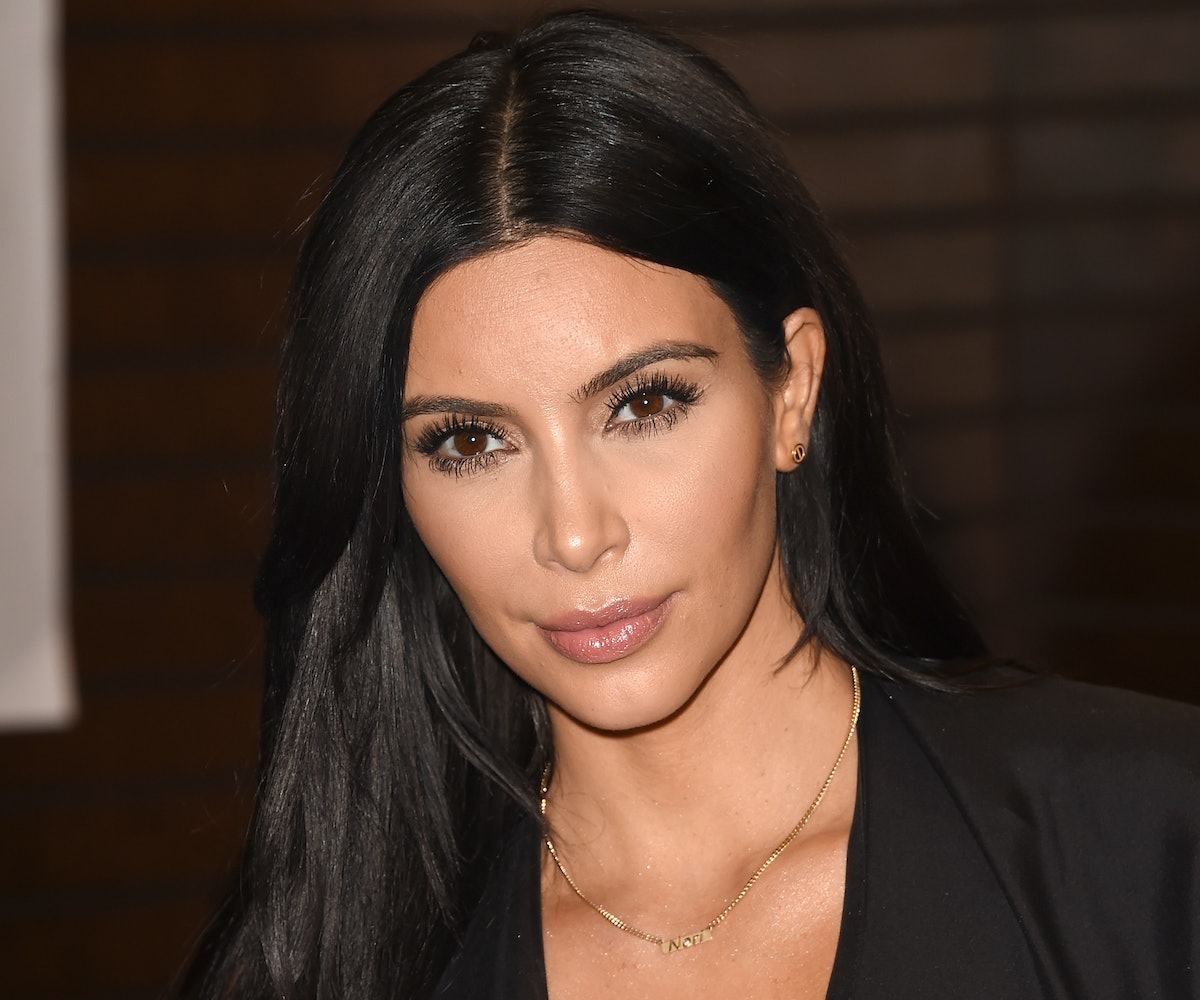 Last week, the Wall Street Journal ran a full-page advertisement that denied the Armenian genocide. Kim Kardashian, who is of Armenian descent, took to her website yesterday to condemn the publication for choosing to print copy that denied the killing of nearly 2 million people.

"Money talks, and right now it's talking shit," she started. "My family and I are no strangers to BS in the press. We've learned to brush it off. Lies make good headlines, good headlines make great covers, great covers sell magazines. But when I heard about this full-page ad that ran in the Wall Street Journal denying the Armenian genocide, I couldn't just brush it off."

For those who aren't familiar, the Armenian genocide was the first genocide of the 20th century. From 1915-1918, Armenians who were living in Turkey were either deported or murdered. The modern Turkish government has since denied its existence.

The ad was paid for by Turkic Platform. I won't list the group's website, as I don't want to give them the traffic, but basically they say that not as many people died as historians say, and that the Armenians were to blame. For the Wall Street Journal to publish something like this is reckless, upsetting and dangerous. It's one thing when a shitty tabloid profits from a made-up scandal, but for a trusted publication like WSJ to profit from genocide—it's shameful and unacceptable. Why is it that every time we take one step forward, we take two steps back?

When Gawker reached out to the publication for a comment about the advertisement, they responded, "We accept a wide range of advertisements, including those with provocative viewpoints. While we review ad copy for issues of taste, the varied and divergent views expressed belong to the advertisers." As Gawker points out, condemning the existence of a mass genocide doesn't really constitute itself as "provocative," and to call it that is outrageous. Hopefully Kardashian's comment on the matter—and her millions of fans' comments—will force WSJ to examine their advertisements more carefully.