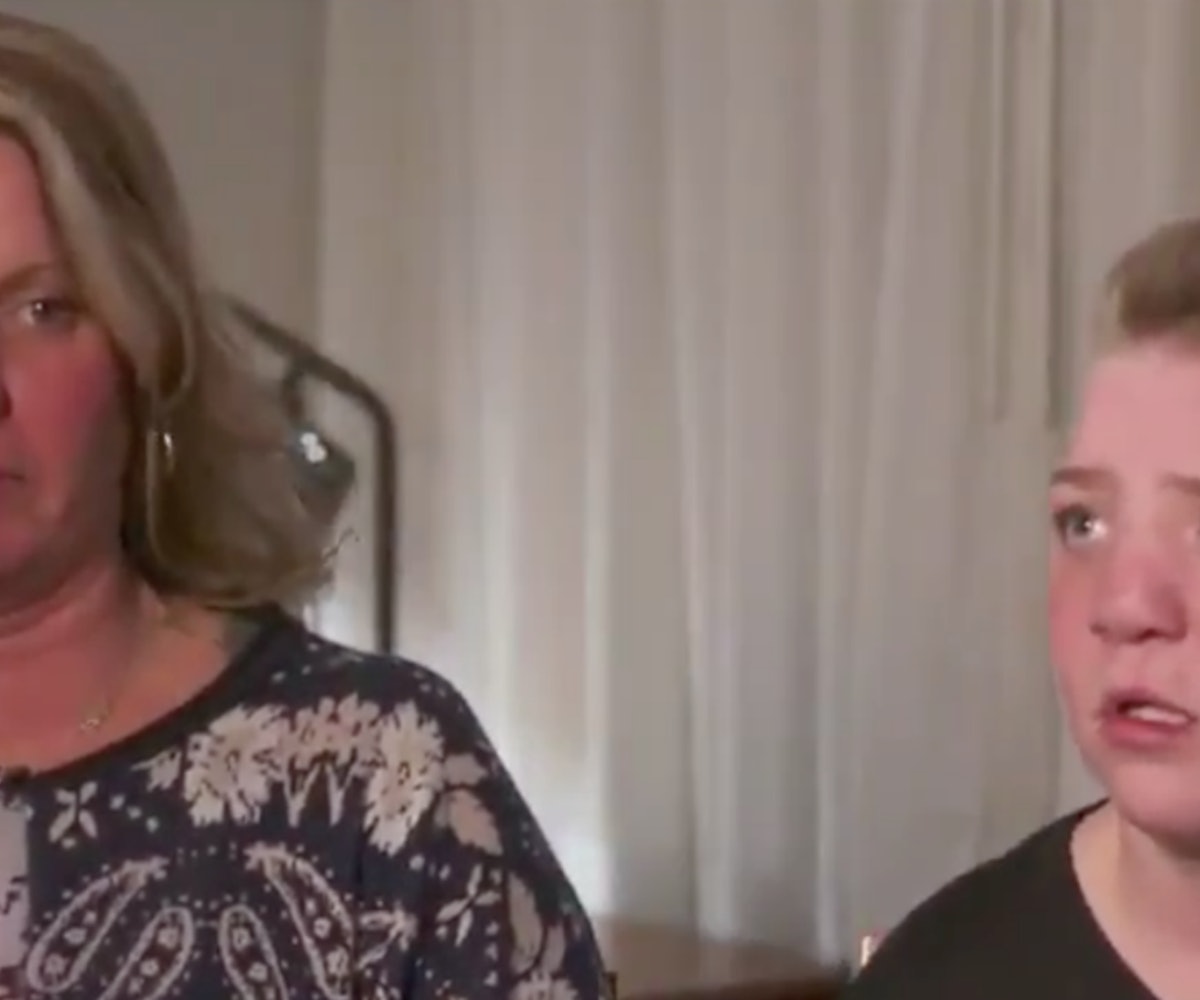 The story that turned the internet on its head yesterday is still going.

Over the weekend, a video of middle schooler Keaton Jones went viral. In it, through tears, he talks about being bullied, having milk poured over his head, and being told he has no friends. The heartbreaking video quickly caught the attention of celebrities like Chris Evans, Cardi B, Lebron James, Hailee Steinfeld, and others. It was a sweet moment that turned sour once it was revealed that Jones’ family might be the real bullies—and his mother, Kimberly Jones, is allegedly a racist who is merely using her son for monetary gain.

In an attempt to set things straight, Jones went on ABC News’ GMA Tuesday morning to explain her behavior. “I feel like anybody who wants to take the time to ask anybody who I am or even troll through some other pictures—I mean, I feel like we’re not racist,” she said. “I mean, people that know us, know that.”

The pictures she references show her and family members holding Confederate flags. Which, she doesn’t deny happening, by the way, but tries to justify by saying: “Hey, we’re in the South. This is Tennessee. There are Confederate flags all over the place,” according to ABC’s T.J. Holmes. She tells ABC News: “It was meant to be ironic and funny and extreme. I am genuinely, truly sorry. If I could take it back, I would.”

She goes on to say that her actions shouldn’t deflect from the real issue at hand: bullying. “If they want to hate me and whatever that’s fine, but still talk to your kids,” Jones added. “Because this is an epidemic.”