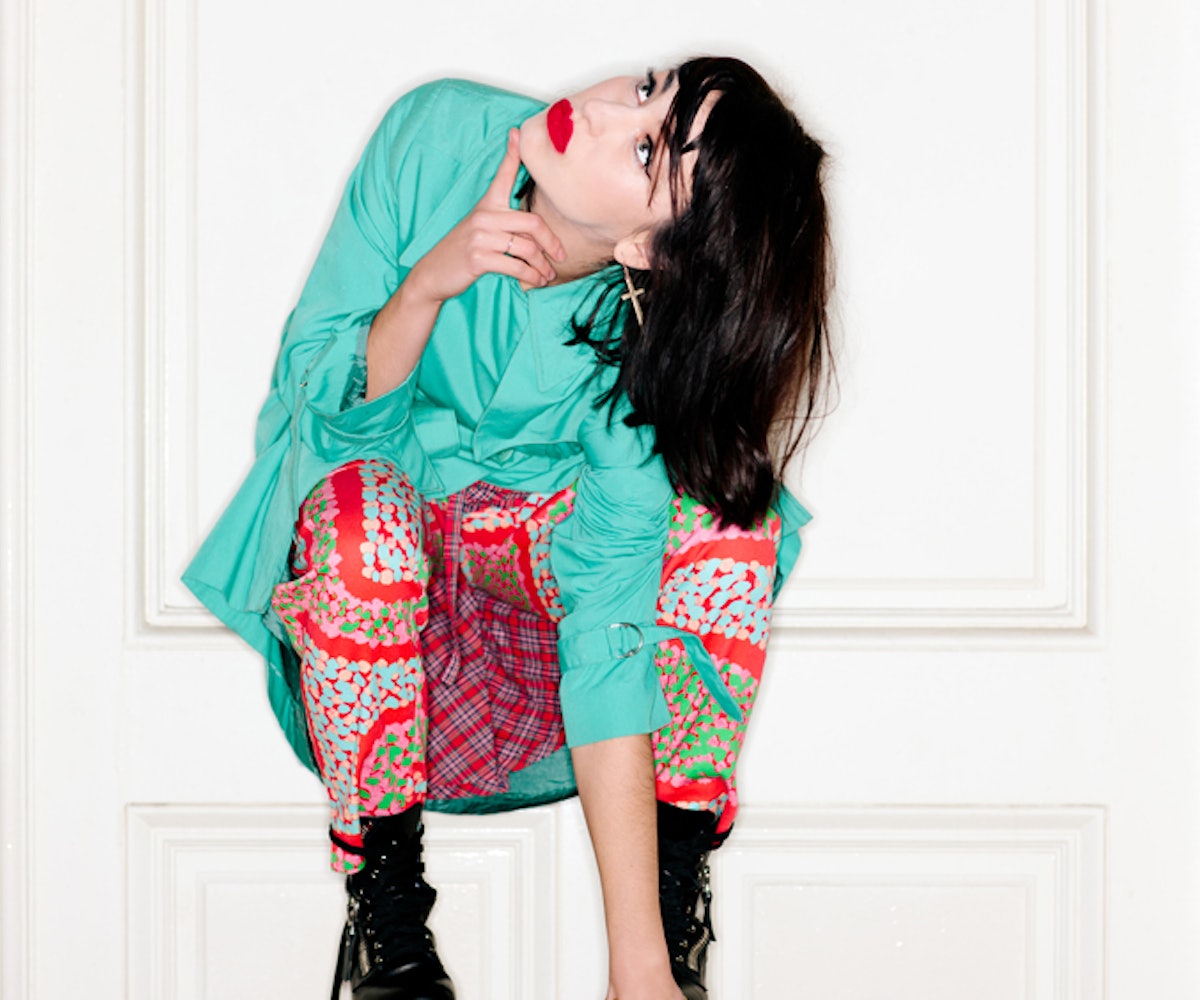 If you're not already familiar with Australian-by-way-of-New-Zealand singer Kimbra, it's time to get acclimated. Her music has the power to transport you to a beautiful hallucinogenic dream world, with musical inspirations like Nina Simone, Björk, and Prince, and spiritual influences like C.S. Lewis and Thomas Merton. Also, girlfriend wears a matte red lip like nobody's business. Check out our interview with her in the gallery to find out her beauty secrets and her thoughts on nostalgia-based music.

Can you teach us any cool New Zealand slang?

"One of the main things we say in New Zealand is we put “as” after everything. So we go 'sweet as' if something’s awesome, or even 'rad as.' Like 'a-s', not ass. So it’s a way of kind of reaffirming that you like something, that of course Americans ask, 'Oh, sweet as...what? Rad as what?' But we just end it there, so it’s just kind of, you know, a half-finished simile. And it is a little bit odd to converse with people who do that, because people will be like, 'Yeah, their gig was rad as, awesome as,' you know, whatever. So that’s one thing. Also, kia ora is how you say hello in Maori, which is the native language. That’s a classic. Yeah, we also say 'bro' a lot—everything’s 'bro.' 'Sup, bro?' Yeah, that’s a good one to practice. And you know how people in America or England say 'cheers?' We say 'chur.' We’re a weird bunch. We use 'bloody' heaps. Like 'bloody idiot!' That’s a real classic New Zealand, to say 'bloody idiot.' Um, I’m trying to think of Maori swear words. I should know some but I can’t think of any."

"The early '90s are definitely making a resurgence. Music and fashion are cycles. And there was definitely a point where a lot of dance music was very obviously pulling from a lot of the ‘80s sounds. And there was a point where a lot of bands just had that ‘80s synth sound because it had kind of been long enough for it to feel like nostalgic so you’re bringing it back and doing it in a new way. And I feel like we’ve just entered an era where the ‘90s feels like it’s nostalgia now. It’s long enough to go where it’s kind of a throwback but people are bringing back so many fashion ideas, music ideas, and just recycling it for this culture. Rehashing it...but in a new way, so I think it’s like that collective consciousness, isn’t it? Where everyone’s kind of on the same tip for a bit, starting to hear it come back more and more."

How do you get red lipstick to stay matte?

"A little tip my makeup artist taught me is like, when you actually use [powder] on your lips before you’re doing the coats, you kind of matte it out into, like, a pastel texture. You just dab a bit of that dust on—or I guess dry shampoo could kind of do it, that might be a bit weird—but texture dust is really good for that. I use that and then do another coat over with lipstick, and obviously using matte lipsticks, and then just powdering over it. And there are specific brands that are better like the Pro Longwear by M.A.C. That one’s really good."