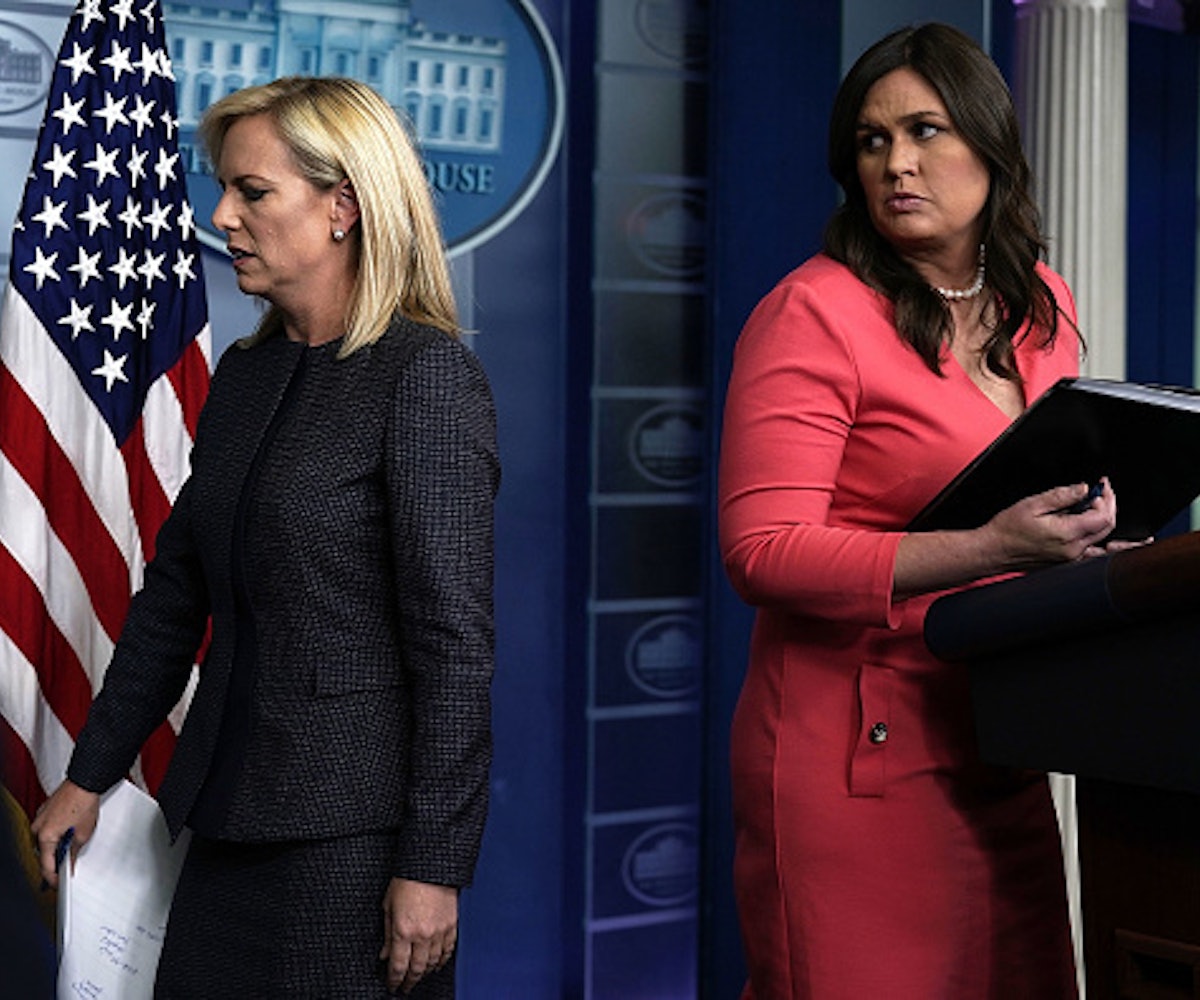 Photo by Alex Wong for Getty
by Kristin Iversen
June 20, 2018

It's easy for any ethical person living in America to feel helpless these days. And, when I say "these days," I really mean every day, ever, because, let's be honest, living in America has always been an ethical compromise in the best of circumstances. But it's been particularly hard lately as news has spread about the Trump administration's policy of separating children from their parents, all of whom have come to America to seek asylum. And it's only grown more difficult as Trump and his flunkies have doubled-down on this evil policy, even invoking Bible passages once used to defend slavery to support their cause.

In the last couple of days, as outrage over this policy has grown, advice has proliferated on how to help ameliorate this crisis and a nationwide protest march has been planned for June 30. But what if donations and marching don't feel like enough? What if you still feel like you need something more to do? Like you're not sacrificing enough in this fight for our country's future? Well, the first thing you can do is probably donate more money (because if it doesn't feel like you're sacrificing by giving money, then... you're probably not giving enough). But the next thing you can do? Make a Republican uncomfortable today.

Last night, Department of Homeland Security Secretary Kirstjen Nielsen was met by protestors from the Washington, D.C., branch of the Democratic Socialists of America (Metro D.C. DSA), as she went to have dinner at MXDC Cocina Mexicana. Though the members of Metro D.C. DSA were unable to get close to Nielsen (who is protected by the Secret Service), they were able to shout things at her like, "How do you sleep at night?" and, "Aren't you a mother, too?" and, "End Texas concentration camps."

Though Nielsen attempted to ignore them by looking at her phone, eventually she left the restaurant and, I assume, got her Mexican food fix elsewhere, because Mexican food is delicious and the Trump administration has no sense of irony.

The Department of Homeland Security tweeted a response to the night's events, and tried to downplay what happened, but the fact that they even needed to issue a statement in the response to a spontaneous protest, is proof that this type of civic engagement is an effective tool to wield against not only this corrupt administration but anyone who supports it.

This means that you should feel free to heckle Sarah Huckabee Sanders if you see her; ask her if she lies to her children as much as she lies to this country. If you happen to see Ivanka Trump on a beach this summer, ask her why she supports the inhumane policies of her "daddy," and question whether or not "feckless cunt" isn't just part of a lesser known Chinese proverb about what to call someone who's an immoral coward.

But it also means that if you have Republicans in your life, people who support Trump in any capacity, play them the audio of children being separated from their parents; it means constantly questioning these people about their refusal to see the humanity in others; it means asking them how they're comfortable with aligning with the values of white supremacy.

This might make you uncomfortable, too. It will inconvenience others, perhaps. It could lead to awkward situations, and you might be surprised at who you wind up alienating. But this is one of those times when there is actual moral clarity around an issue, a definite right and wrong side. Come down on the right side of history, and make a Republican uncomfortable today.