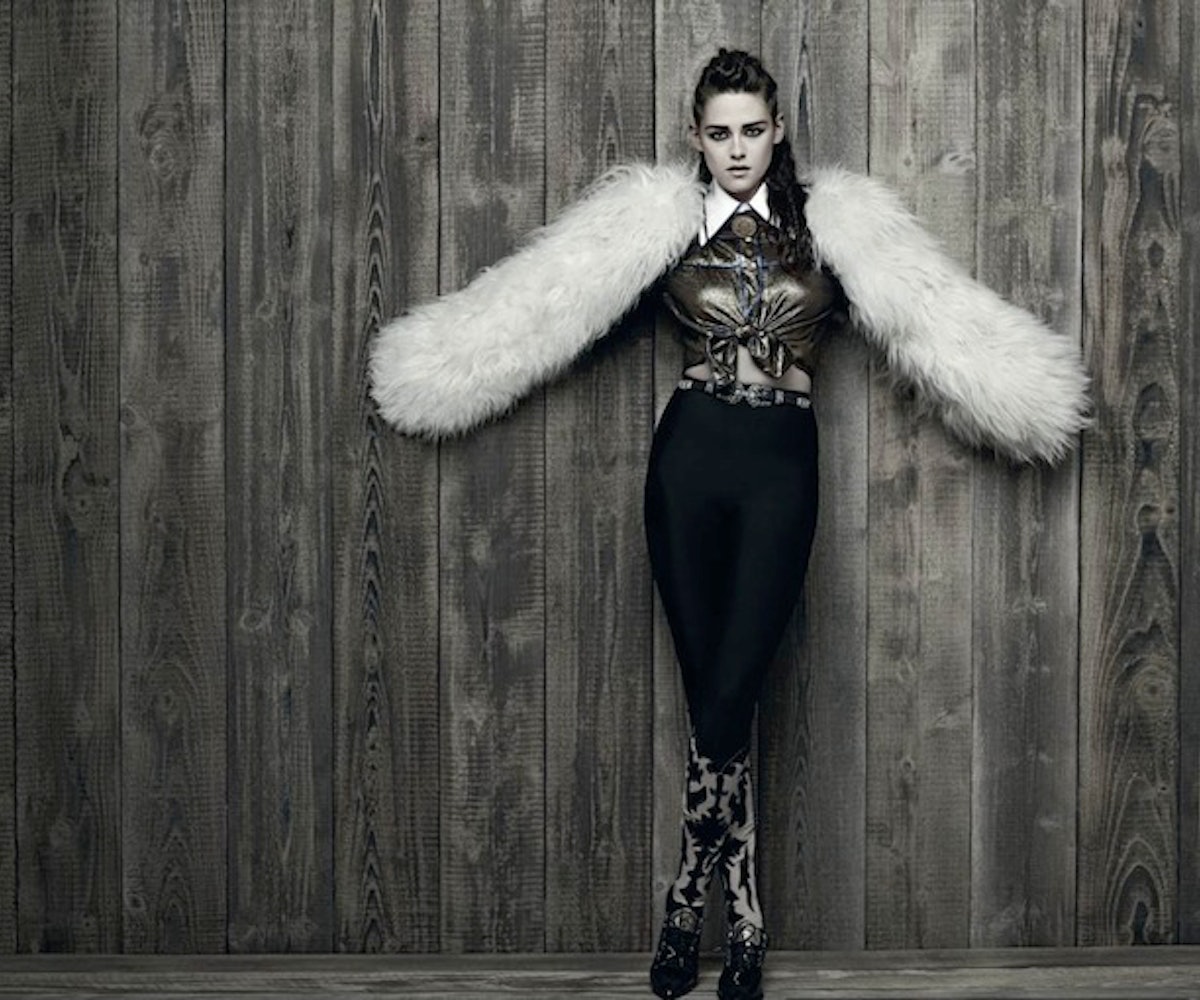 Called it! From the runway of designers like Kenneth Cole to music videos like that for Lorde's "Team," tight, mini-braids are inarguably spring's MVP hairstyle. We're not even talking about straight-up cornrows (although let's be real, if you want to channel Tricia on Orange Is The New Black, be our guest!), but rather a rad new take on a classic.

The latest incarnation? Kristen Stewart's plaits for Chanel's Dallas-inspired collection. The ads finally debuted online last year, and between the fringe jackets and the furry arms and the OTT embellishments, it was a lot to sift through. But now that we've eventually digested the fashion aspect, it's time to focus on the hair.

Stewart sports two traditional cornrows on the side, and then a knotted, fluffed-up version on the top. Definitely one of those "works on the runway but maybe not so much real life" things, we don't recommend trying the actress' intricate braids at home--unless you've got a full day to spare and tons of patience.

Instead we hit up our friends at Bumble and bumble, who showed us the secret to making the cornrow-esque look happen for real life. The trick? Instead of going all-out with double cornrows, opt for a braided undercut. Cara Delevingne, K.Stew, Chanel Iman and tons more have sported this twist on the red carpet, but it's easy enough (and lowkey enough) for pretty much everything.

1. Make a deep side part that begins past the arch of your eyebrow.

2. Massage a bit of oil into the side that you're going to braid (like Bumble and bumble's Hairdresser Invisible Oil)

3. Starting at the temple, make a horizontal French braid with the hair--be sure and keep it as tight as possible. Once you get to the curve by the ear, angle the braid down and finish braiding normally.

4. Tie with a clear elastic, and spray with an intense hold hairspray.