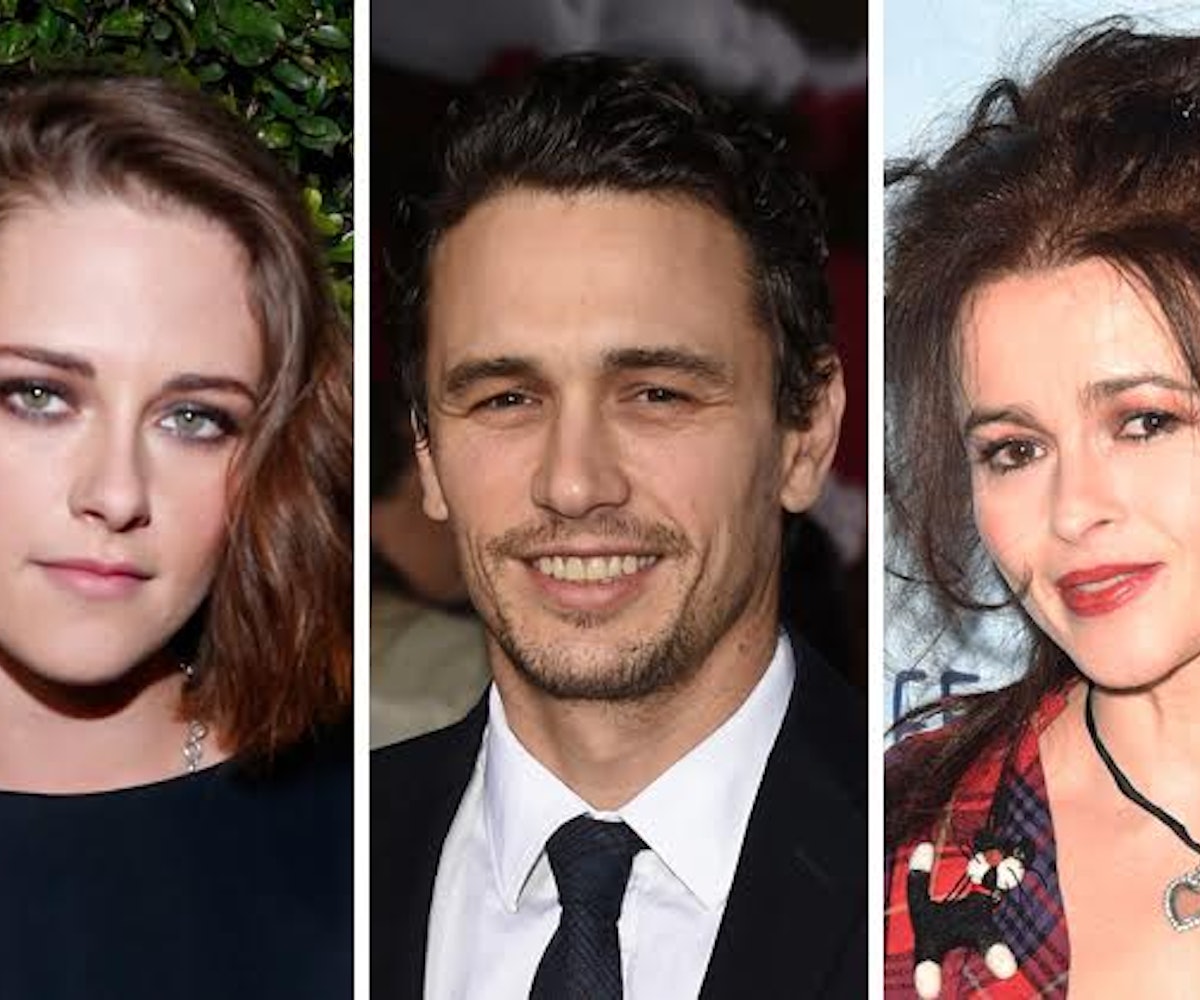 Finally, the twisted, twisty story of JT LeRoy is getting its long overdue big screen treatment. According to The Hollywood Reporter, James Franco, Kristen Stewart, and Helena Bonham Carter are close to signing on for the bizarre and very true story of Savannah Knoop, who tricked the world into believing she was the transgender, AIDS-afflicted author known as JT LeRoy. The movie will be directed by Justin Kelly, who last directed Franco in the gay activisim movie I Am Michael, and who is also penning the script which is based on Knoop's memoir.

If you're not already familiar with the story of JT LeRoy, you could read the author's completely bonkers and very gripping Wikipedia page, or you could wait until the documentary Author: The J.T. Leroy, premieres on Amazon. Casting hasn't been officially announced, but Stewart would play Knoop, Bonham Carter would play Laura Albert (the controversial real-life author that created LeRoy), and Franco would play Albert's brother, who was married to Knoop. We are very into this.