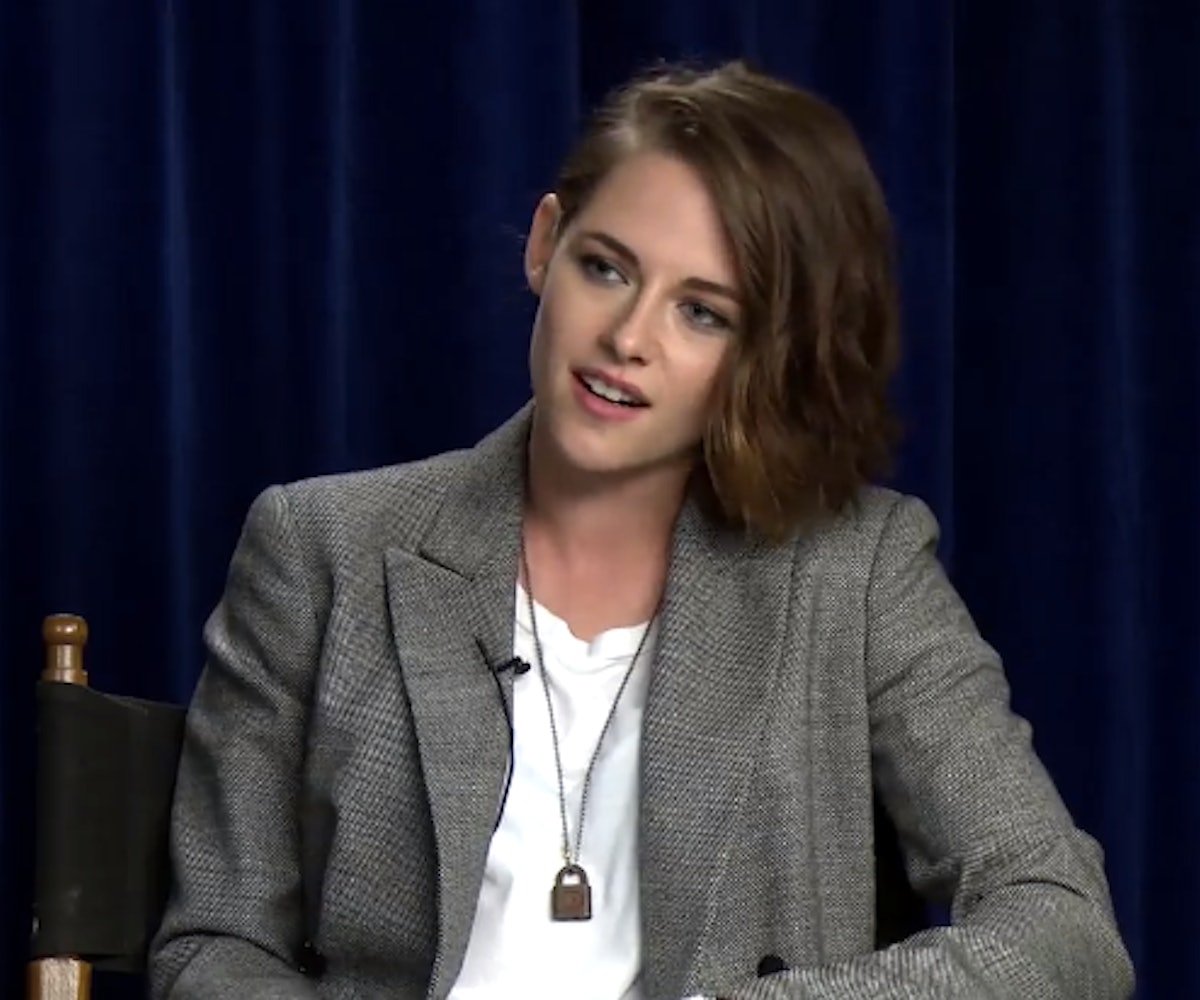 It’s a common and very unfortunate thing that female celebrities are too often asked an endless parade of superficial and obviously sexist questions during interviews. In contrast, their male co-stars are asked the profound, more thought-provoking questions, and the double standard can be downright infuriating. But Kristen Stewart and Jesse Eisenberg take a more comedic spin on the problematic topic for a Funny or Die sketch, in which their roles get reversed, with hilarious results.

The sketch begins with Stewart and Eisenberg explaining that they’re interviewing each other to promote American Ultra, but it soon becomes obvious that the questions directed toward Eisenberg are shallow and stupid—basically the questions all female celebrities constantly get asked. Eisenberg acts increasingly uncomfortable and offended as Stewart drills him with questions like ”Who are your favorite designers?”; “Are you seeing anyone at the moment?”; “Do you have a favorite boob?” Even the mani-cam makes a brief, but very necessary appearance.

“Now I know what it’s like to be a woman,” Eisenberg says at the end of the sketch. Thank you, K-Stew, for getting a man to utter those words.